Off-road, the Grand Cherokee L was pretty impressive, although the course was pretty carefully curated to avoid some of the harsher obstacles That’s not to say it was a cakewalk. One obstacle was a steep incline made up of loose rock, which seemed to be something of a challenge for the truck. It slipped on some of the slicker features and the nature of the ever-changing surface introduced some unpredictability the all-wheel-drive system had to manage aggressively. Conversely, a 30-degree cambered slope other vehicles in the segment might not want to touch gave the Jeep little trouble.

Overall though, its off-road performance made me confident of the truck’s abilities whether or not I would ever actually need them. If I needed to head in the future, I wouldn’t worry about it, the truck had a slew of features at my disposal to prepare me for it. Everything relating to off-road prowess seemed to be considered very early on in the design of the vehicle, and something like the Overland trim wasn’t just added for people with “active lifestyles” who take a spin up a rutted dirt road every now and then, even though it’s perfectly suited for that too. The performance here was clearly baked into the vehicle’s systems, which put me at ease and helps explain why the Grand Cherokee has remained so popular all this time.

It’s equally interesting how having all of these rugged features translates to on-road performance. The air suspension is one of those “have your cake and eat it” features, where it helps with off-roading but also improves the ride on paved surfaces. The off-road attitude of the Grand Cherokee L just melts away on a paved surface. The vehicle’s handling was about as tight as it can be on the road for an SUV of its size and comfort, power from the 5.7-liter V8 enabled easy merging and passing on the highway, and the steering had a fair amount of feel. The off-road features exist in addition
to a normal, luxurious SUV. Modern technology dictates that you don’t really have to compromise when you want a vehicle that’s reasonably good at two distinctly different things.

Highway cruising is where the truck really shone but it was pretty good around town as well, despite its size. The lowered beltline meant good visibility and the car has a slew of cameras, including one for the digital rearview mirror. That’s a feature right out of GM’s playbook and it works very well here, too. The relatively big tires on the Overland trim also handled any curbs or potholes I encountered with little fuss, something I tested without really trying on the streets of Detroit.

Here’s the kicker to all of this: The Grand Cherokee L is available in so many trims (six total) and with so many options that you can mix and match to your heart’s content. The price spectrum is wide and your budget and requirements will be accommodated. A base model Laredo will cost you just $38,690. The off-roading Overland model is $54,690. And the $63,690 Summit Reserve model is damn near Escalade-levels of nice in a car not much larger—with length being the exception—than the outgoing Grand Cherokee. Want to go even further? A top-trim Summit Reserve fully optioned is $71,760. Compared to the Laredo, that’s right around $33,000 in options alone.

The midsize, three-row SUV segment is a popular one, so there’s a lot of competition—especially from Chevrolet, Subaru, Volkswagen, Honda, Toyota, Hyundai, and Kia. Jeep finally joins their ranks by offering a mdoern three-row competitor of its own. And the new Grand Cherokee L is something of a force to be reckoned with. I’m not sure if I would spend over $70,000 to have one in my driveway, but the nice thing is even a mid-range model like the Overland I drove was packed with technology and as comfortable as nearly any other vehicle on the road. Quiet, capable, powerful, I’m certain this three-row Jeep will be a big hit. It checks too many boxes to ignore, and it’s a great way to usher in a new generation of Grand Cherokee.

Got any questions about Jeep stuff I might’ve missed? Send me an email: [email protected] 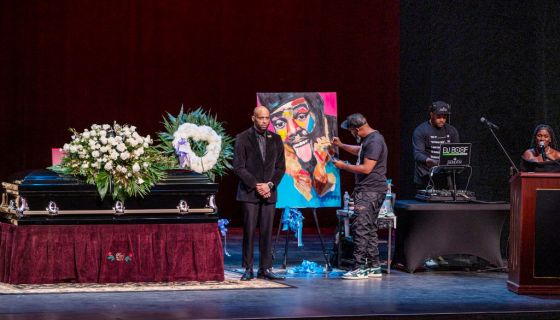