In Lincoln’s heyday, its cars were big, powerful and extravagant. They embodied the idea of American luxury in the best possible way. The 2022 Lincoln Aviator shows the brand has recaptured the essence of those good old days, while still pushing forward into the future with the latest tech offerings and an available plug-in hybrid powertrain that provides competitive all-electric range and a staggering amount of power. It’s also a style leader, particularly inside, which was true of Lincoln’s midcentury classics, but obviously missing for the better part of 30 years.

Practically speaking, the Aviator is a fully competitive entry in the three-row luxury segment, capable to making a strong case for itself among (relative) lower-cost entries like the Acura MDX and Volvo XC90 as well as larger, upper-crust offerings like the Mercedes GLS and BMW X7. Its generous interior size and feature content has a lot to do with it, but so does the fact that Lincoln didn’t mess around under the hood. Its base engine is more powerful than most of its competitors’ engine upgrades, while that plug-in hybrid’s 630 pound-feet of torque makes you wonder whether someone made a typo. They didn’t. Basically, there’s a lot to love about the Aviator, and crucially, a lot that makes sense.

No other company’s interiors look anything like the midcentury-inspired palace of cool you get in the Aviator. All versions are available with distinctive color schemes (including the base model shown below right in Sandstone), but the Black Label trim level stands out the most with its three available “themes” of “Chalet,” “Flight” and “Destination” (below left) that get special colors and trim types. The quality of some plastics and the fit-and-finish aren’t up to Mercedes or BMW levels, but everything looks so special that it covers whatever deficit exists. Most competitors just seem drab and generic by comparison.

In terms of technology, every 2022 Aviator comes standard with a 10-inch touchscreen mounted so high on the dash and close to the driver that it actually looks larger. It runs the Lincoln-skinned version of Ford’s Sync 3 interface, which is generally user friendly, though it doesn’t look as cool and sophisticated as the all-digital gauge cluster (or the interfaces of rivals) — minimalism is the theme here. Also standard is 4G in-car WiFi, Apple CarPlay, Android Auto, satellite radio and two USB ports. The Reserve trim adds a 14-speaker Revel sound system, integrated navigation and wireless charging, plus a head-up display, a 360-degree parking camera, and the capability to use your phone as the car’s key. The Black Label adds rear USB ports and a 28-speaker Revel Ultima audio system. How big is the Aviator?

The Aviator is one of the biggest three-row luxury crossovers. Only the BMW X7 and Mercedes-Benz GLS are appreciably bigger outside, but they also cost much more. It’s a similar situation inside. An average-sized adult can fit quite comfortably in its third row, which isn’t always the case in this class. Legroom could be better, but there’s abundant headroom. There’s also a generous amount of cargo space behind that third row, with 18.3 total cubic feet when you remove a floor panel, revealing plenty of room for multiple roll-aboard suitcases. That’s significantly more than its competitors. It has basically the same amount of space behind its second row (41.8 cu-ft) as the Volvo XC90, which is one of the few direct rivals that challenges the Aviator’s space advantages.

If you’re looking to compare the Aviator versus the larger Lincoln Navigator, the differences aren’t as vast as you’d imagine. There’s definitely far more room in the Navigator’s third row, and the boxy truck-based SUV offers considerably more maximum cargo space. At the same time, the area behind the third row is barely different and it’s lower to the ground. If you have more modest passenger- and cargo-expectations, going with the less expensive, more powerful and more efficient Aviator is a good idea. You certainly don’t lose anything on the style and luxury front.

What are the Aviator fuel economy and performance specs?

The 2022 Lincoln Aviator comes standard with a 3.0-liter turbocharged V6 that produces 400 horsepower and 415 pound-feet of torque. That’s a massive amount, especially for a standard engine. By comparison, the most powerful gas-only version of the Volvo XC90 produces 316 horsepower. The Cadillac XT6 only goes up to 310 hp; the Audi Q7 to 335 (though an SQ7 makes 500 horsepower), and the upcoming Acura MDX Type S to 355.

The Aviator comes standard with a 10-speed automatic transmission and rear-wheel drive, while all-wheel drive is optional. Fuel economy estimates for 2022 were not available at the time of this writing, but there’s no reason to believe they won’t be virtually identical to the final 2021 ratings: 18 mpg city, 26 mpg highway and 21 mpg combined with RWD and 17/24/20 with AWD.

The Aviator Grand Touring is a plug-in hybrid that produces 494 horsepower and 630 pound-feet of torque. That’s borderline absurd. The hybrid versions of the XC90 and BMW X5 aren’t remotely in the same city, let alone ballpark. The Aviator’s electric range is estimated to be 21 miles — we managed 19.2 miles on a full charge in a range test, but your use case could return slightly different numbers. When operating as a normal hybrid, it achieves 23 mpg combined. The EPA’s mpg-equivalent number given to plug-in hybrids is 56 MPG-e. That’s virtually the same MPG-e number as the Volvo XC90 Recharge, which has only an 18-mile all-electric range but is more efficient once that’s depleted, with a 27 mpg combined rating. By contrast, the BMW X5 xDrive45e has a lower MPGe rating because it’s less efficient when the electric range is depleted, but that range lasts longer at 31 miles. 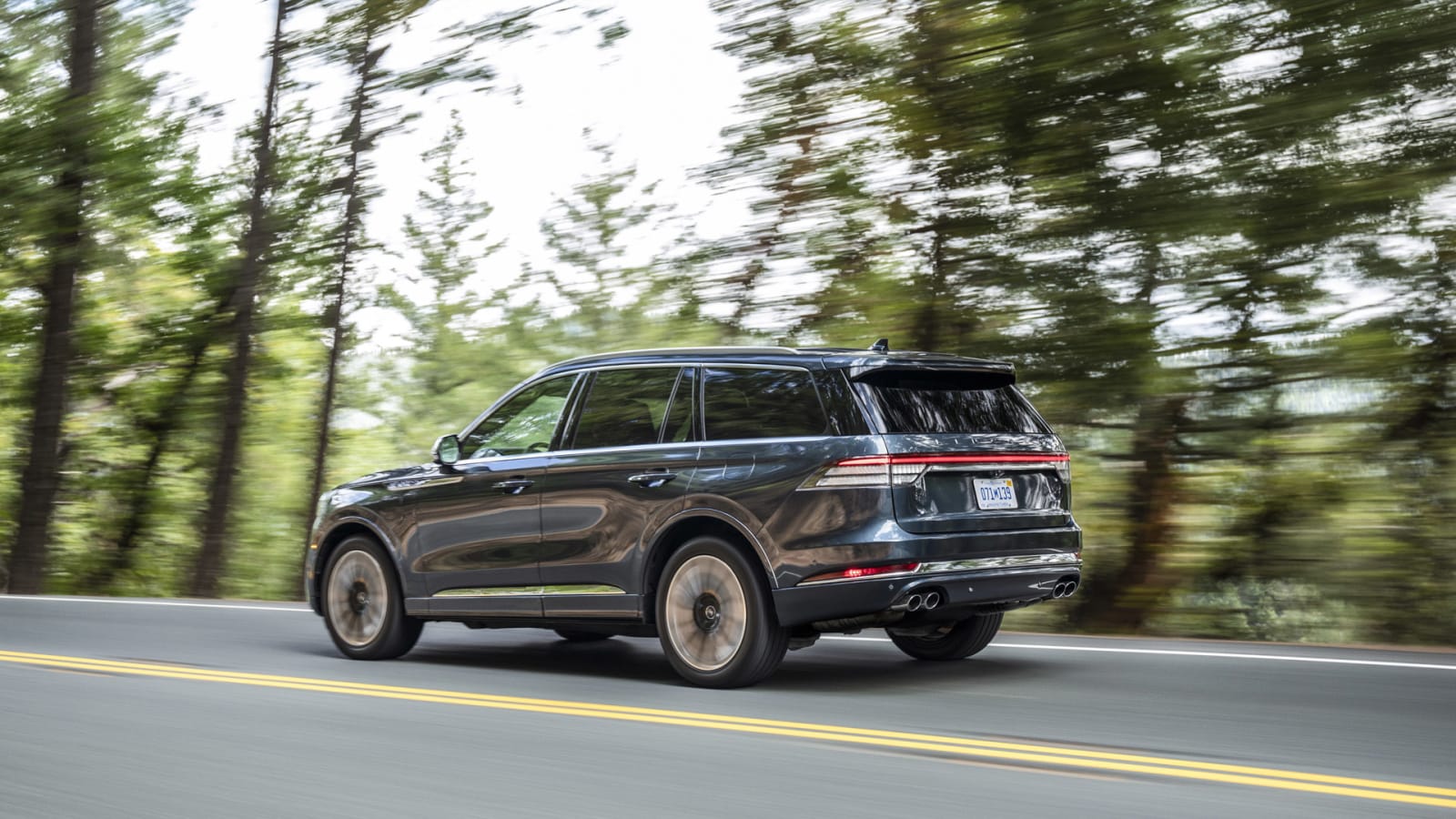 Lincoln says over and over again that it tried to achieve an “effortless” driving experience with the Aviator. It succeeded: think calm, composed, competent and sneaky quick. Despite its eye-popping power figures and strong punch off the line, the Aviator bucks the luxury trend by not accompanying all that power with a rigid suspension and track-going pretenses. It’s not a sport model. Instead, the available adaptive suspension provides a comfortable and composed ride that effortlessly soaks up road imperfections even with the gigantic available 22-inch wheels. You do feel bumps more in the heavier Grand Touring model, but handling continues to impress by providing sufficient control and engagement without drifting into the sport-tuned realm that Cadillac attempts to inhabit.

Some choices to consider, however. Although the standard suspension constantly adapts to current road and driving conditions, the optional Dynamic Handling package steps things up with an adaptive air suspension that lowers for improved aerodynamics, raises for clearance and constantly adapts itself using road conditions as well as preview data received from a forward-facing camera. We’d recommend trying an Aviator with and without Dynamic Handling. We’d also recommend the Grand Touring only if its power advantage is as important to you as its greater efficiency, and if your commute is such that you’ll fully utilize its all-electric range.

What other Lincoln Aviator reviews can I read?

Our first drive review of the Aviator, including more in-depth information about its engineering, design and driving impressions. 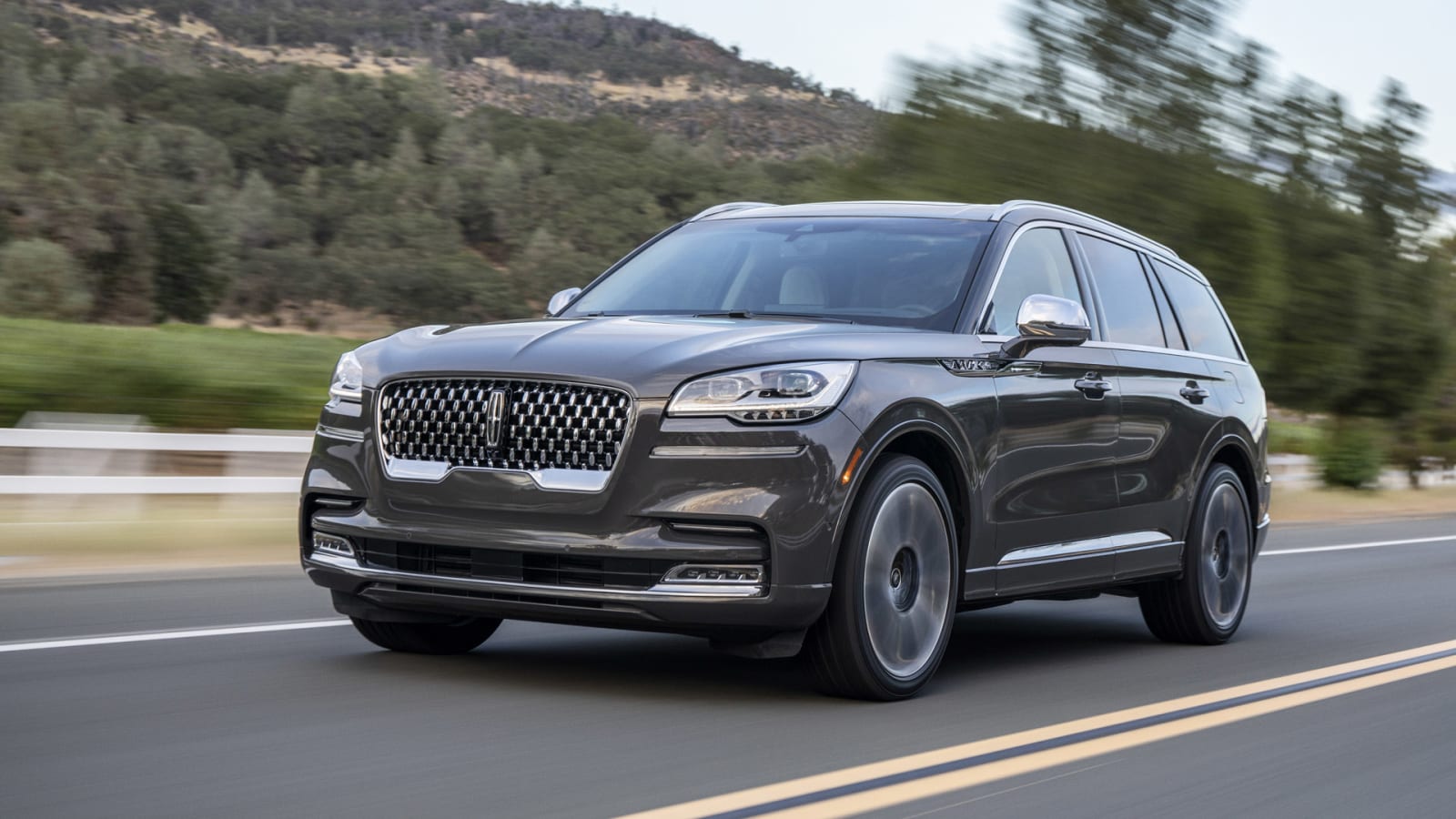 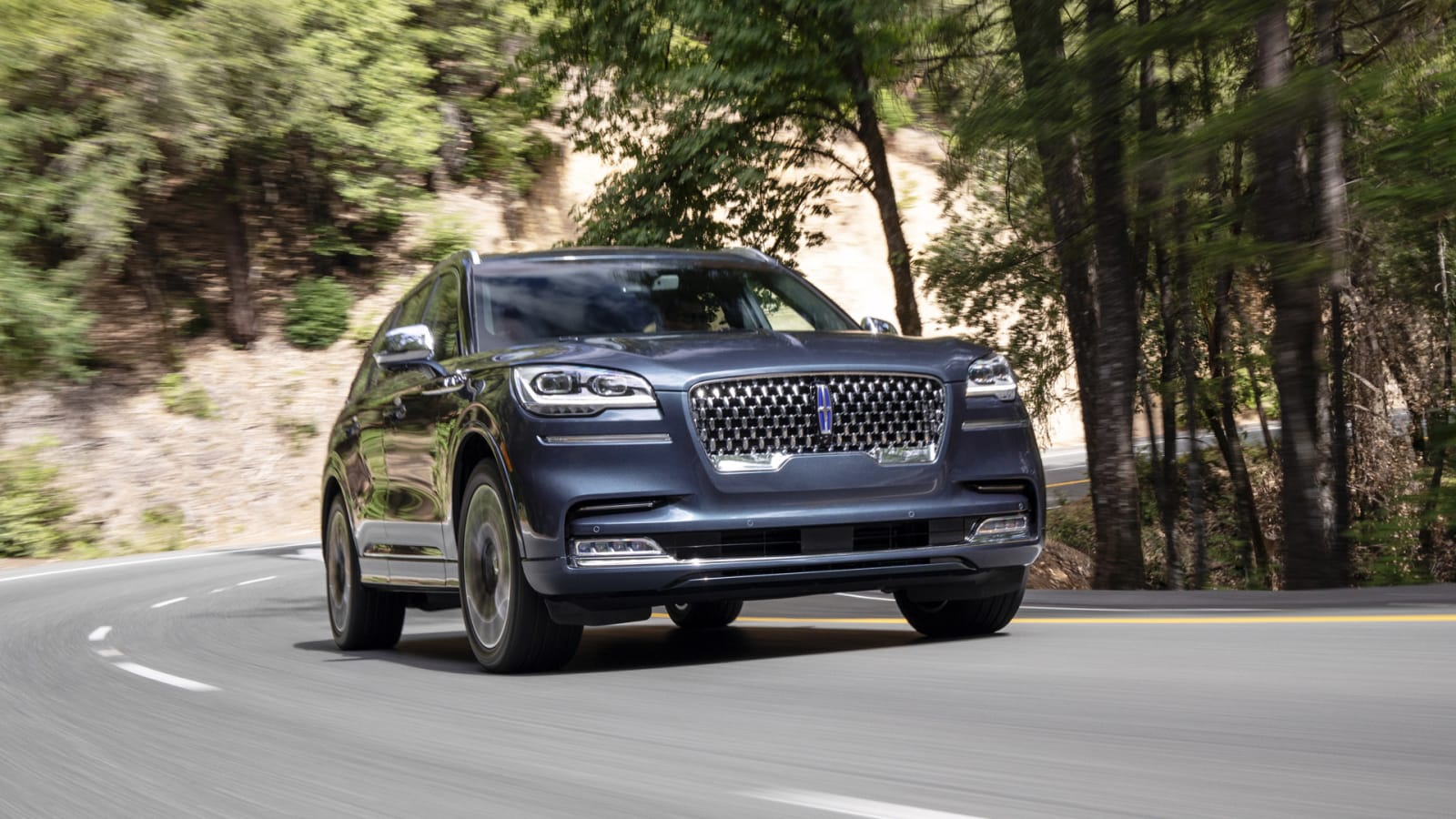 Our in-depth review of the Lincoln Aviator Black Label’s interior where we cover it from front-to-back. 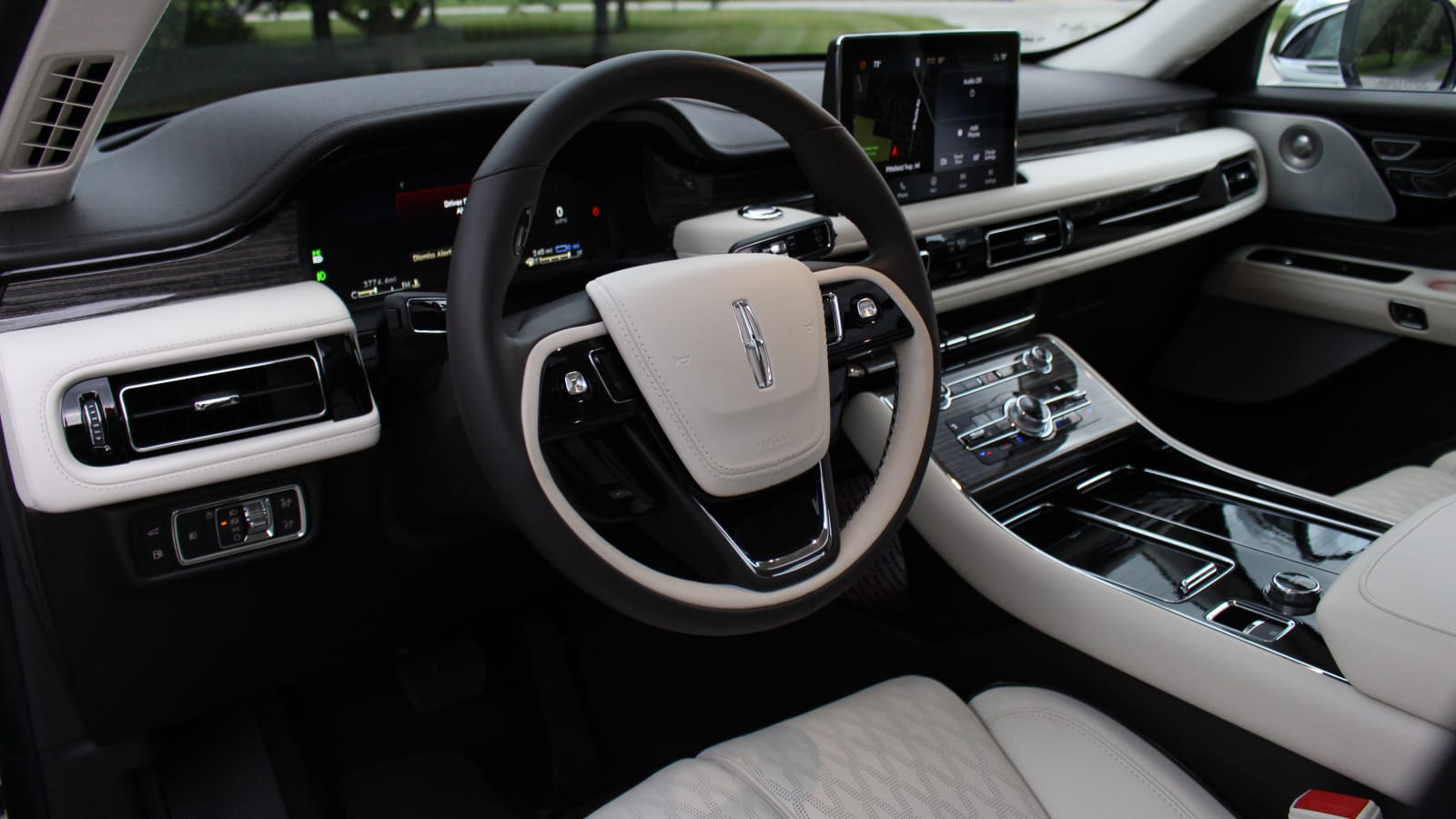 Our review of the Lincoln version of Sync 3.

How much is the 2022 Aviator’s price and what features are available?

Most of the Black Label’s extra features are available on the Reserve as options, but there’s no way to replicate its unique color and trim offerings. Black Label starts at $80,445 and comes standard with all-wheel drive.

The Grand Touring plug-in hybrid is equipped similarly to the Reserve, but gets 21-inch wheels and all-wheel drive. It starts at $69,455, while its Black Label version starts at $89,000. They are also eligible for a $6,534 federal tax credit. 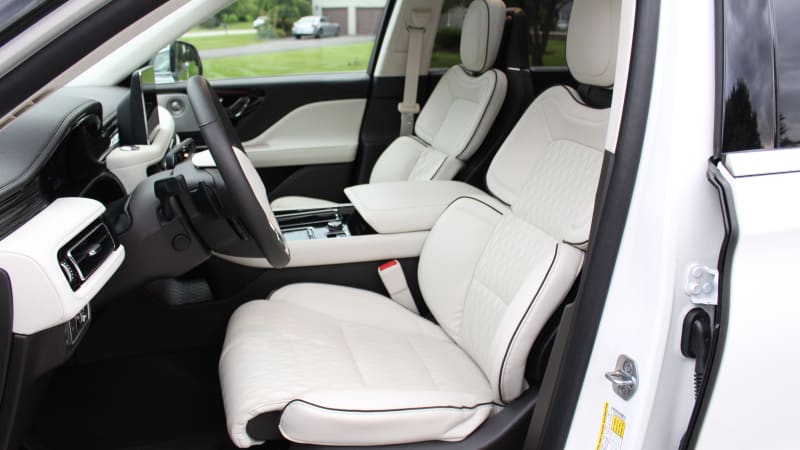 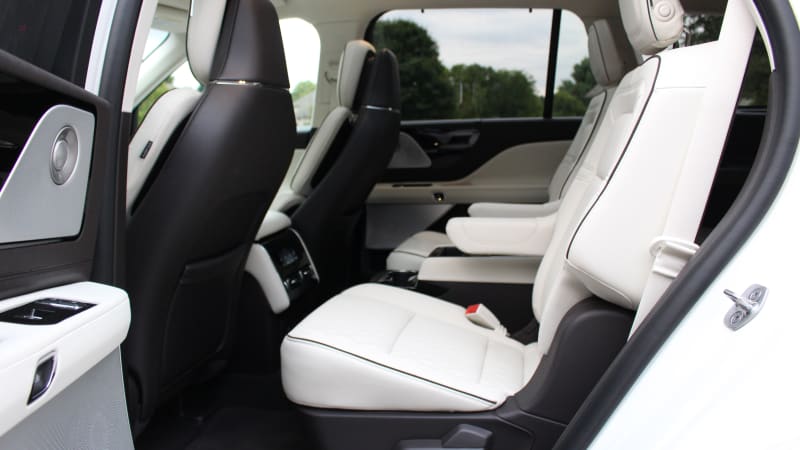 What are the Aviator safety ratings and driver assistance features?

In testing by the Insurance Institute for Highway Safety, the Aviator received the best-possible rating of “Good” in all crash tests and earned a Top Safety Pick award. Both the standard forward accident prevention system and the Co-Pilot360 Plus items received the best possible scores as well. Its standard headlights received a third-best/second-worst “Marginal” score, but its optional headlights got a “Good.” It also received a five-star overall crash test rating in National Highway Traffic Safety Administration testing. 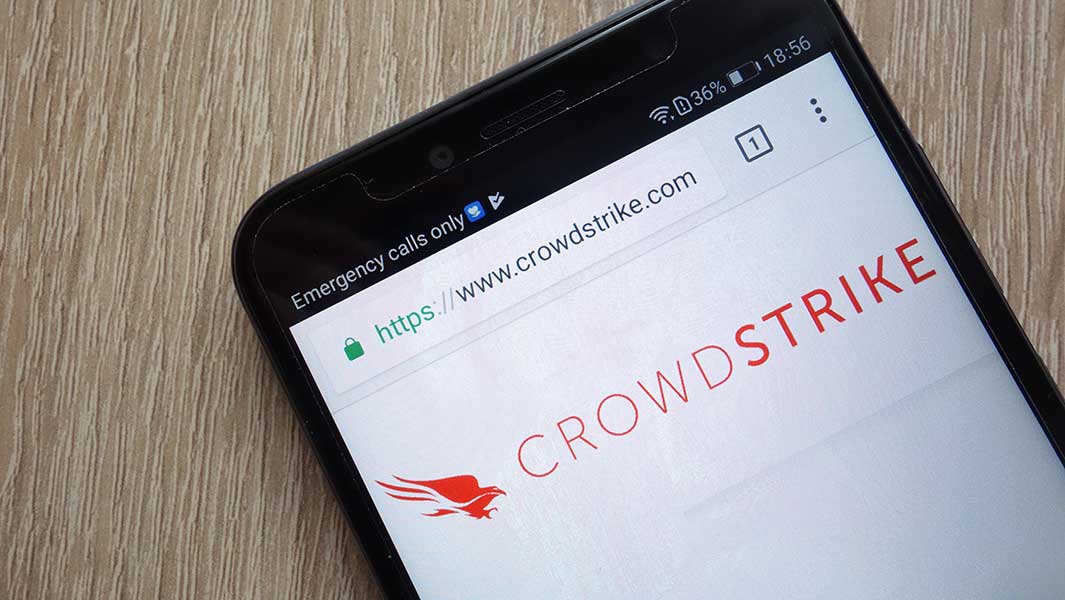 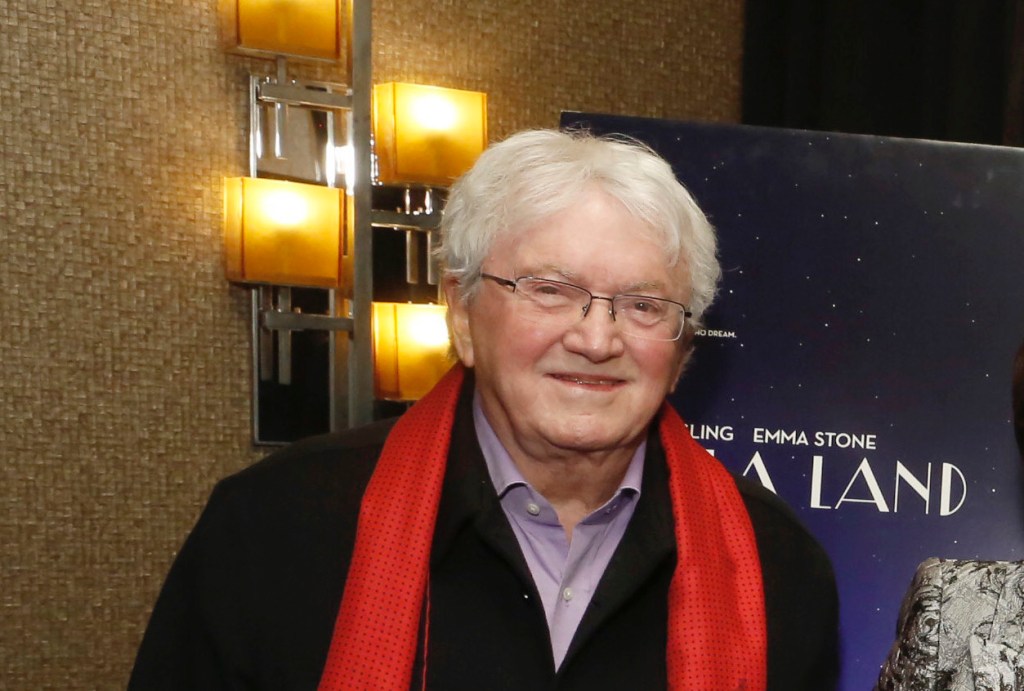 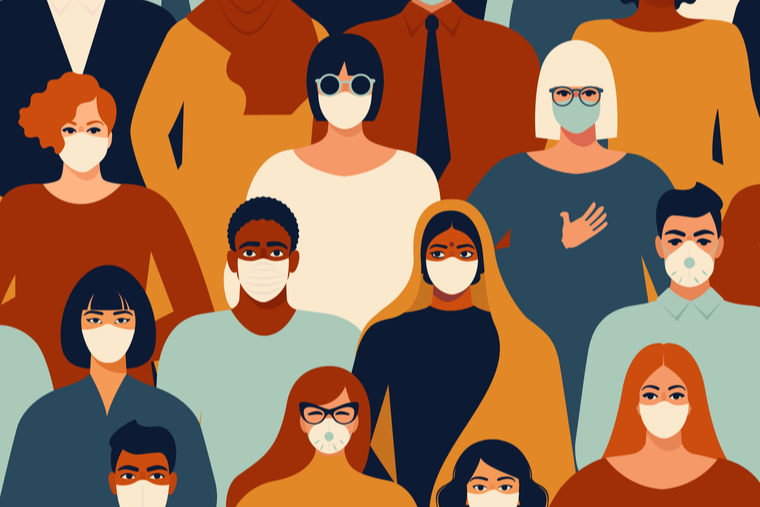 Environmental injustice, population density and the spread of COVID-19 in minority communities – The Source – Washington University in St. Louis
3 mins ago 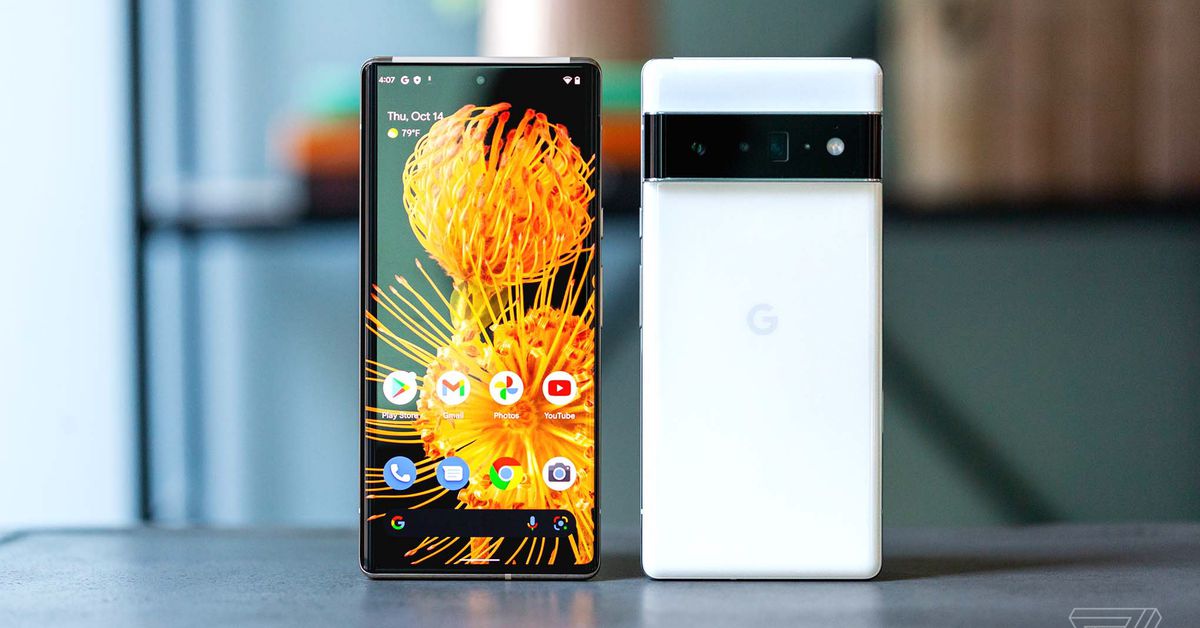