The 2022 Nissan Frontier is fashionably late to the modern mid-size-pickup party, but its bold bodywork, futuristic face, and adoption of popular technology could make it the new hotness. While its blistered fenders draw inspiration from the original Nissan Hardbody compact truck, we’re happy to report the Frontier no longer looks like a blast from the past—its predecessor remained largely unchanged for 16 years. Likewise, the truck’s interior goes from drab to near fab with a more stylish layout and additional features. Power is provided by a potent 310-hp V-6 that pairs with a nine-speed automatic transmission and rear- or four-wheel drive. Off-road enthusiasts will appreciate the Pro-4X trim that has a beefier suspension, an electronically locking rear differential, and other rugged add-ons. Look for the 2022 Frontier at Nissan showrooms this summer.

After waiting more than a decade and a half, Nissan finally reveals the third-generation Frontier for the 2022 model year. Sure, it still rides on a frame that dates back to the early 2000s, but the suspension has been revised, and the rest of the truck is considerably improved.

Pricing and Which One to Buy

Nissan offers the 2022 Frontier in several different trim levels, with the choice of rear- or four-wheel drive and either an extended or crew cab. The company hasn’t released pricing for the lineup, but once that information is available, we’ll provide a recommendation for which to buy.

The 2022 Frontier inherits the naturally aspirated 3.8-liter V-6 that made its debut on the last-generation 2020 model. The engine generates 310 horsepower and 281 pound-feet of torque. It pairs with a nine-speed automatic transmission and rear- or four-wheel drive. We tested this powertrain in the 2020 Frontier Pro-4X and didn’t see a marked improvement in performance compared with the engine it replaced, but we’ll reserve judgment until we try it out in the latest truck.

The Frontier’s towing capacity tops out at the same 6720 pounds as the previous generation’s, which means it still falls short of rivals such as the Chevy Colorado, GMC Canyon, and Jeep Gladiator—all of which can pull at least 7650 pounds. The Nissan’s maximum payload does increase by 160 pounds, though, to 1610 pounds.

Nissan hasn’t announced fuel-economy estimates for the 2022 Frontier. But since it has the same V-6 powertrain that motivated the previous generation, you can expect to see around 18 mpg city and 24 mpg highway. Once official figures are released and we can run the new Frontier on our 75-mph highway route, which is part of our extensive testing regimen, we can evaluate its real-world fuel economy. For more information about the Frontier’s fuel economy, visit the EPA’s website.

Thankfully, the new Frontier’s interior redesign looks to be a big improvement over the outdated and plastic-laden cabin that plagued its predecessor. Not only did Nissan add snazzier trim pieces and much-needed soft-touch surfaces, but the automaker also introduced more contemporary features. The instrument cluster now features a larger color display to offset the analog gauges. Heating for the steering wheel and front seats is also available. Speaking of seats, the Frontier continues to comfort our backsides with Nissan’s supple Zero Gravity thrones. Interior cubby storage includes a bin on top of the dashboard and a place to store items under the back seat. The truck offers two wheelbase lengths that support a short and long cargo bed, respectively. The former measures just under five feet and the latter extends just over six.

The Frontier comes with an 8.0-inch touchscreen standard, but a 9.0-inch display is available. Below the screen, Nissan provides physical knobs for stereo volume and tuning. Standard connectivity features include Apple CarPlay and Android Auto integration as well as several charging outlets, one of which is a USB-C port. The Frontier can also be had with a subscription-based Wi-Fi hotspot and wireless smartphone charging. And buyers can upgrade the sound system to a nine-speaker Fender unit for additional cost.

The Frontier offers competitive limited and powertrain warranties compared with other mid-size pickup trucks. However, almost every competitor—apart from the Honda Ridgeline—also includes some type of included scheduled maintenance. 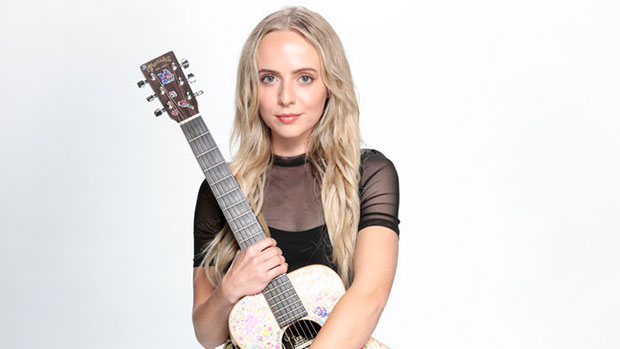 Samsung TV Plus: Everthing about the free streaming service
6 mins ago

Samsung TV Plus: Everthing about the free streaming service