Dodge was founded by two brothers, John Francis Dodge and Horace Elgin Dodge. The company was founded in 1900, but its first automobile came out in 1914. The six-pointed star was basically the second logo. The logo comprised of two interlocking triangles to form a six-pointed star with an intertwined ‘DB’ between them that stood for ‘Dodge Brothers’. ‘Dodge Brothers Motor Vehicles’ was encircled around this logo. ‘Brothers’ was dropped from the name on trucks in 1929 and on cars in 1930.

The logo looked similar to the Star of David but John and Horace were not associated with Judaism. Chrysler explained that the dark triangle represents that body and the plain one, the soul. Some theories even suggest this is the medieval symbol of mysticism and is the unification of the mind and the body, and in this case, the unification of two brothers. The badge was used on Dodge vehicles from 1914 to 1938.

Another logo came out in 1910 that just had a ‘D’ sitting ahead of a ‘B’ and encircled by six small circles.

Introduced in 1932 first, Dodge started using the leaping Ram hood ornament on its vehicles. It remained on Dodge trucks from 1940 to 1950. It was tweaked throughout the years, with only the head and curving horns remaining by the end. It was last used in 1954, but was brought back from the ashes in the 1980s.

This was supposedly the Dodge family crest and it first came out in 1941. It came with horizontal lines getting intercepted by a vertical line. This vertical line had an ‘O’ in the middle. A knight’s head sat atop the logo, but it was dropped in 1955. Dodge kept the logo for a couple more years before retiring it. But, that wasn’t the last that we’d seen of the logo. It made an appearance on the 1976 Dodge Aspen and stuck till 1981, before eventually being replaced by the Pentastar

Automobile designer Virgil Exner designed the Forward Look logo that was on Chrysler vehicles from 1955. It was basically two boomerang shapes intertwined to suggest forward motion and progress. Dodge used the logo from 1955 to 1962 on the ignition, door key heads, decorative trims, and advertising.

Don’t try to break your head to understand what ‘Fratzog’ means because this word has no meaning whatsoever. A Dodge designer randomly came up with the name and it surprisingly got stuck. Dodge used Fratzog from 1962 to 1981, making it one of the longest-used logos in the company’s history. And it ended up being called something so random. That’s funny. Coming to the design, you can see three arrowhead shapes coming together to form a three-pointed star.

The logo first appeared on the 1962 Polara 500 and the 1962 Custom 880. As mentioned earlier, the company kept the logo up until 1981. However, it is being revived for the automaker’s electrification phase. We saw it on the Dodge eMuscle car and it could be used on future electric Dodges, too.

Next came the Pentastar that Dodge used from 1982 to 1995. It wasn’t exactly a new design and was actually borrowed from Chrysler. The latter used a blue Pentastar whereas Dodge used a Red one. It is a pentagon design with a star in between, thus the name, Pentastar. There’s no theory on this, but it could be homage of sorts to the company first’ logo, which was also a star, although a six-pointed one.

This was the time when Dodge decided to distinguish the trucks under the Ram name, although the official spin-off happened in 2010. Dodge introduced the Ram’s head hood ornament as a logo. It was standardized in 1996 for all vehicles except the Viper, which made use of the Viper’s head. When the automaker launched Ram as a separate brand and entity that would comprise only pickup trucks, Ram got this logo and Dodge moved on to something different.

After giving up the Ram head logo to the trucks division in 2009-10, Dodge came up with a new logo that was ‘Dodge’ spelled out in a silver shade with two red stripes at the end. The red stripes are said to symbolize passion and excitement. The logo continues to date, with the silver font being replaced by white in some cases.

Many other logos were used, and here’s a video that shows most of them.

Which of these logos do you like the most? Let us know in the comments section below.

The Tata Harper Products Actually Worth Your Money

Flexible device could treat hearing loss without batteries
2 mins ago

The 8 Best Car Covers for Protecting Your Vehicle 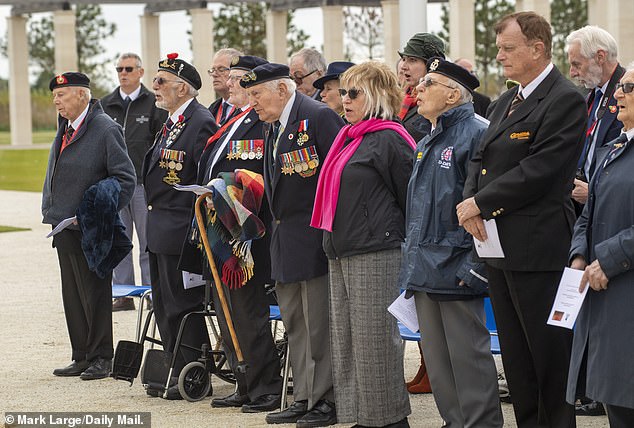 Britain was the only allied nation not to be honoured in Normandy, now veterans are able to visit
4 mins ago

Britain was the only allied nation not to be honoured in Normandy, now veterans are able to visit