Imagine you’re an American Mercedes-Benz salesman during the winter of 1989-1990, looking over your inventory of majestic W126-chassis 560 SELs… and then you glance across the street at that brand-new Lexus dealership and flinch at the sight of your rivals gloating over a lot full of futuristic-looking big luxury sedans priced at less than half the cost of your top-of-the-pyramid S-Class. This was how it looked when mighty Toyota, riding high just before the popping of the Japanese asset price bubble, instantly muscled its way into the American high-end luxury-car market, and the result of that six-year, 145-billion-yen development process was the original Lexus LS. Here’s one of those first-year LS 400s, used up at age 32 and residing in a Denver self-service car graveyard.

Toyota had been selling reasonably luxurious rear-wheel-drive Cressidas in North America since the 1978 model year (in fact, Cressida sales would continue here through 1992), and before that we got the plush Crown. Those well-built cars were very comfortable and may have swiped a few sales from Oldsmobile or even BMW, but car shoppers here had come to associate the Toyota brand with sensible small cars and Warlord Grade trucks. Honda did very well selling luxed-up Accords and Civics with Acura badges, starting in 1986, and Toyota followed up with the Lexus brand for the LS 400 (as well as the Camry-based ES 250). 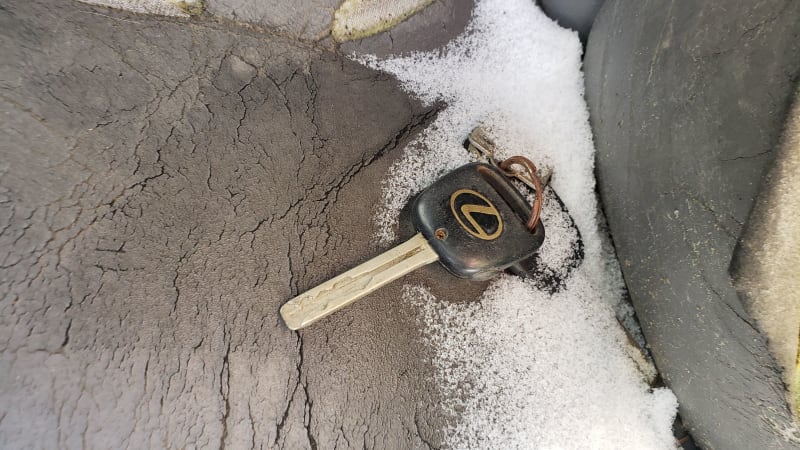 In Japan, where the Toyota badge went on everything from sewing machines to the Emperor’s personal Century (actually, Emperor Akihito’s everyday driver was a Honda Integra sedan), there was no need for a separate luxury marque and the LS 400 was sold as the Toyota Celsior. Once the Lexus brand took off globally, however, Toyota eventually began using it for home-market vehicles. You can even buy a new Lexus bicycle in Japan today! 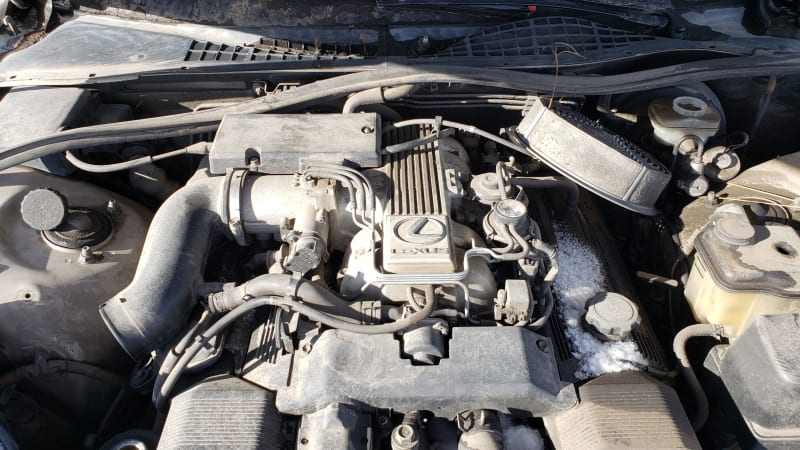 The Cressida had a big straight-six engine, but the LS had to have a proper twin-cam V8 to do battle with the S-Class, BMW 7-Series, and Audi V8 (yes, the 7-Series didn’t get a V8 until later, but the 750i had a V12). Toyota had been building aluminum-block hemi-head V8s for the Crown Eight and the Century since the middle 1960s, but that was an old-fashioned pushrod design and clearly too outdated for the LS. The LS got a 4.0-liter DOHC V8, designed from scratch just for the occasion; it had six-bolt main bearing caps and made 256 horses in the 1990 version. Now that we’ve had three decades to judge the 1UZ-FE, we know it is one of the most durable automotive engines ever made; when today’s Junkyard Gem was new, it was just known to be very smooth and fairly powerful (that year, the 560 SEL’s V8 made 238 horsepower, the Audi V8’s engine had 240 horsepower, and the 750iL’s V12 won the arms race with 296 horses). 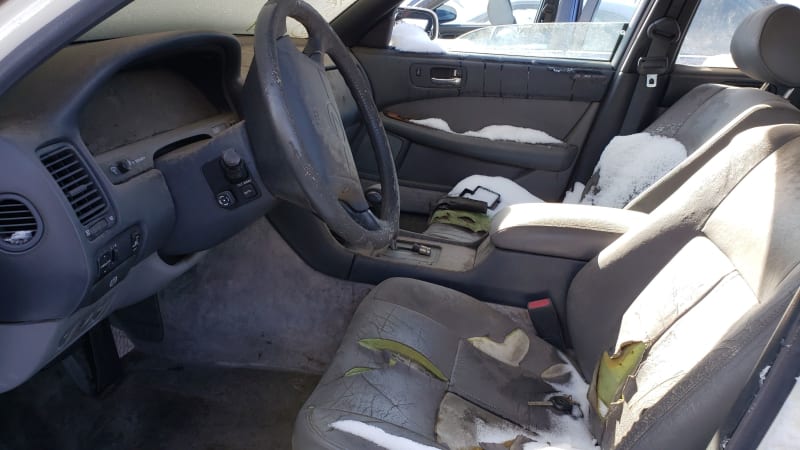 I own a 1997 Coach Edition LS 400 in Jade Green Metallic, and it’s by far the best car I’ve ever owned (I must admit I wish that I’d imported a JDM Celsior, though, instead of searching for years for an LS 400 with a good interior, because right-hand-drive and cloth seats are cool). I haven’t needed to shop for parts for it (other than a good set of factory wheels for winter tires), but I do keep my eyes open for other 1990-1997 LS 400s during my junkyard travels. Judging by the junked LSs I find, owners hang onto them until the interiors get trashed beyond redemption. I can’t tell how many miles are on a junkyard car with a digital odometer (you need to power up the ECU to display the odometer in an LS 400 and junkyard cars don’t have batteries), but I’ll bet more than 250,000 miles passed beneath this car’s tires during its life. 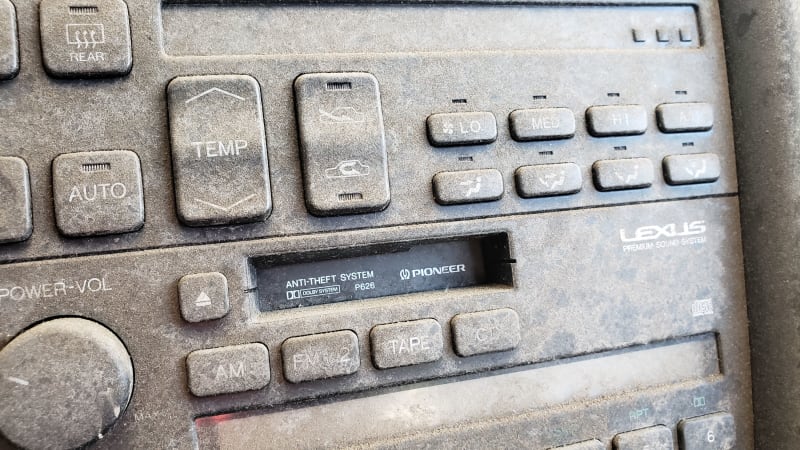 This generation of LS 400 came with a Pioneer audio system as base equipment, with a Nakamichi rig as an option. This car has the Pioneer, and it played both cassette tapes and compact discs. 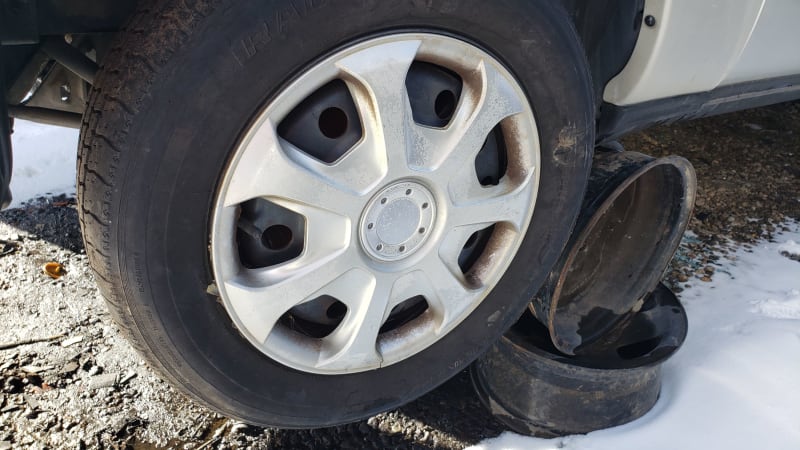 The final owner installed what appear to be Ford Crown Victoria Police Interceptor steel rims with cheap plastic wheel covers, because the LS 400 used Detroit’s good ol’ 5 x 4.5″ wheel bolt pattern (also known as the 5 x 114.3mm pattern). This means that plenty of Ford, Chrysler, and AMC wheels from the last 60 or so years will bolt onto an LS 400, provided they can clear the big front brake rotors.

The most aerodynamic luxury sedan in America. Supposedly, these cars would go more than 150 mph, which is impressive for just 256 horsepower.

The LS 400 was designed with the United States market in mind, so Toyota didn’t market its Celsior sibling quite so vigorously. After all, why compete with your own flagship? 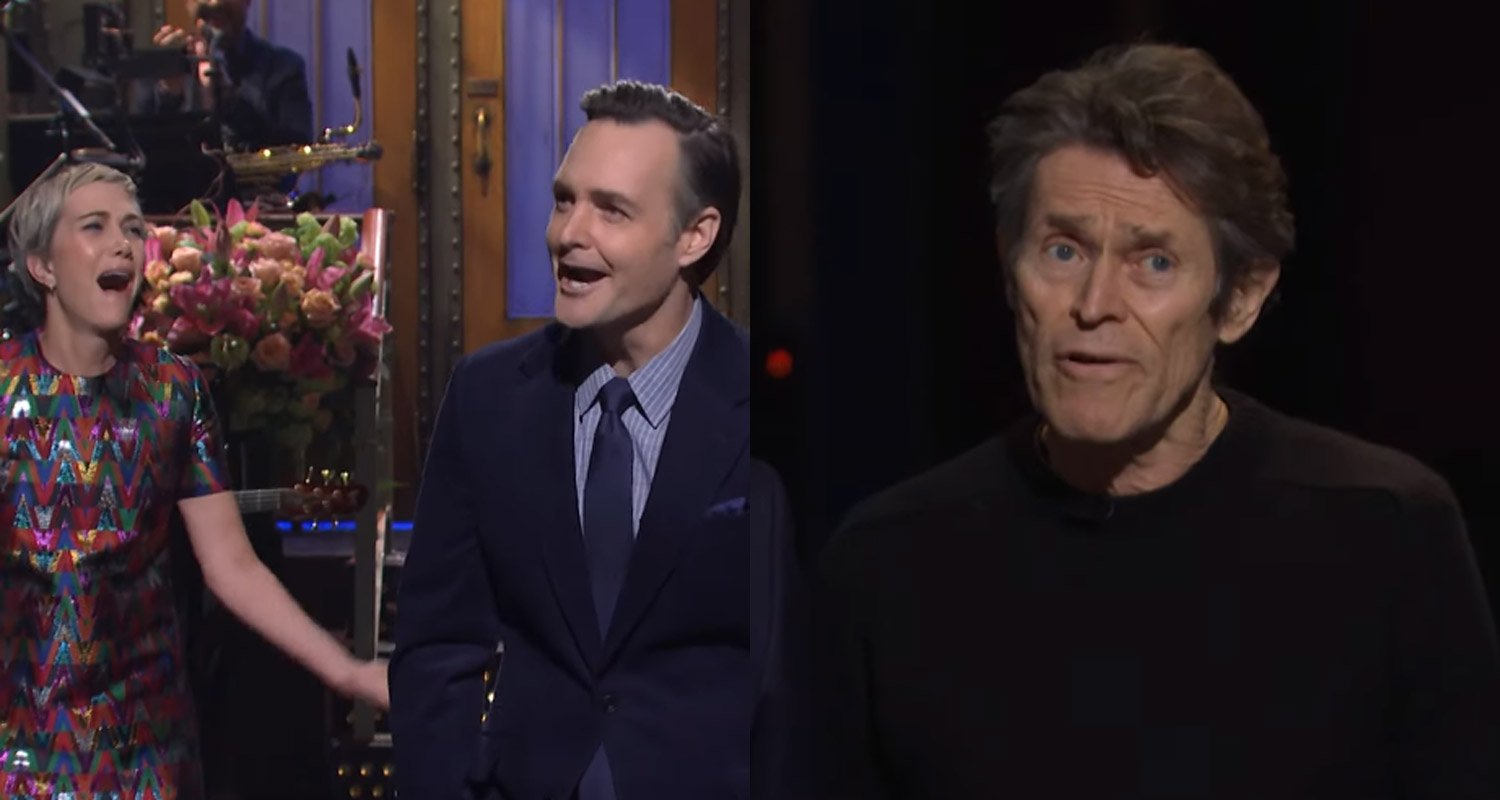 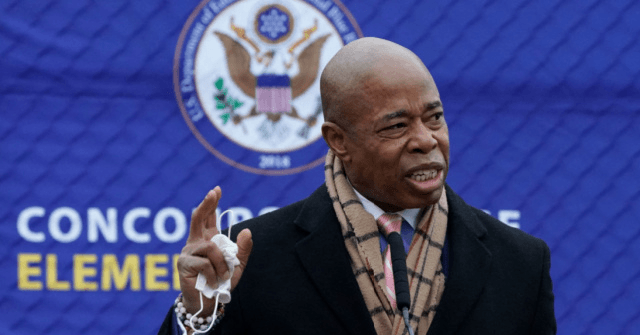 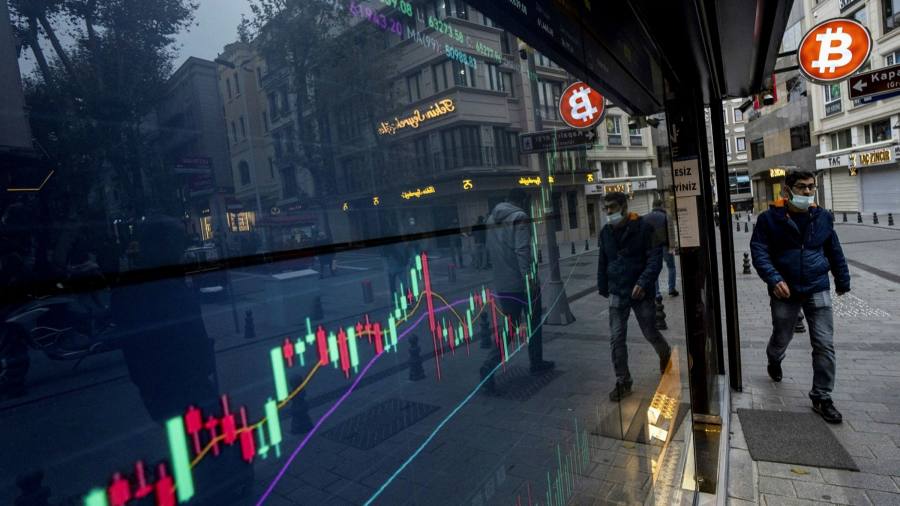 Turks flock to cryptocurrencies in search of stability
7 mins ago