“You can’t overthink it,” says Laura Bukavina MD, MPH, a urologic oncology fellow at Fox Chase Cancer Center, in Philadelphia, who has just returned from the Ukraine/Poland border.

On the first night that Russian forces invaded Ukraine, February 24, she decided to drop her three young sons with grandma and head toward the war zone.

“I felt helpless. I just couldn’t concentrate, I couldn’t stop thinking about my family in Ukraine and the other people who were fleeing,” she told Medscape Medical News. “I told my husband, ‘Let’s just go and see where they need our help most.’ “

Dr Laura Bukavina, her husband Pavlo Karpyn, and brother Antoniy Fulmes, with 6 bags of medical supplies ready to fly out.

They headed first to the city of Rzeszow in southeastern Poland, about 90 km (56 miles) from the Ukraine border, hoping a US NATO military base would steer them in the right direction. “We just knocked on the door and explained who we were and they said go to the border, so off we went.”

After touring several of the eight border crossings between Ukraine and Poland, they decided that Medyka, about 80 km (50 miles) west of the Ukrainian city of Lviv, was the most chaotic and in need of their help.

“I was the only doctor there for the first few days,” recalls Bukavina. She was  dismayed when organizers handed her a cardboard box with nothing more than a few bandages and some herbal medicine.

“They didn’t even have aspirin and one of the first patients I saw had angina,” she said. “So we called the nearest pharmacy and said we need nitroglycerin, aspirin, insulin, blood pressure medications, ibuprofen — all the of the basics — and I stayed that whole night trying to treat people as best I could.”

Bukavina spent 2 weeks in Medyka tending to some 50-100 patients per night shift. She estimates that there were between 250-1000 refugees crossing the border across all the eight border cross points. They were road-weary and traumatized, she said.

While women and children had been prioritized for transportation, many younger refugees, including foreign medical students, had spent days walking in sub-zero temperatures. “Their legs were just beaten up,” she recalls, listing muscle spasms, sores, hypothermia, dehydration, and delirium among the ailments she witnessed. 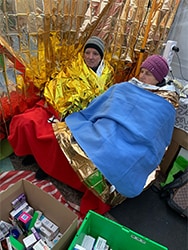 This elderly couple in their 80s spent 48 hours on the border. The husband had a history of stroke with residual deficits and difficulty walking, and was supported by his wife, as no wheelchairs or canes were available. They were both dehydrated, hypothermic, and hypertensive, as they have not been able to obtain any of their regular medications.

Although she saw no physical signs of war, the mental anguish presented as panic attacks, in young children and adults alike, with benzodiazepines and other sedatives being among their top pharmaceutical needs. “They are distraught, leaving their families behind, leaving their dads. They’ve been crying for days, it’s freezing cold, they don’t speak the language, they’re hungry — everyone’s on the edge of their seat,” she said describing tempers flaring and a couple of fights. “People were just angry — and rightly so. They were understandably angry.”

In addition to the road-weary, Bukavina also tended to many postoperative patients who had been discharged prematurely from hospitals in danger zones. “We saw lots of women who’d had surgery for gynecologic malignancies and who still had fresh wounds, and staples,” she said. Many needed wound care, and morphine for pain. 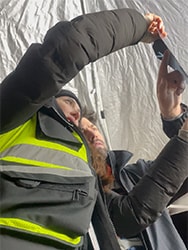 Dr Bukavina with Dr Castro Bigalli examining an x-ray of a patient who had experienced a fracture the day prior to leaving Ukraine, and while crossing the border fell down on her arm while carrying multiple bags. The doctors were reevaluating displacement of her fracture.

Others needed to resume chemotherapy treatments and were set up with volunteers who were trying to arrange this either in Poland or other nearby countries. Some pediatric patients had been sent directly by bus from Ukrainian to Polish hospitals, she said.

After several days working on her own, medical back-up for Bukavina arrived in the form of a volunteer midwife and a doctor/nurse team from Sauveteurs sans Frontières (SSF), also known as Rescuers Without Borders.

SSF is now well-established in Medyka and clinicians who want to volunteer should contact them or Samaritan’s Purse, which has opened an emergency field hospital on the Ukrainian side of the border, she said. Also, a GoFundMe page she set up on behalf of the Cleveland Maidan Association is also collecting funds for medical supplies as well as housing and other needs.

Dr Bukavina is shown sorting through donated medications, to repackage supplies for the medical tent on the border as well as to send on to Ukrainian hospitals.

Back in Philadelphia now, Bukavina, who in January won the ASCO Genitourinary Conquer Cancer Merit Award for bladder cancer research, advises would-be clinician volunteers away from overthinking a similar mission. “It’s doable, but I think once you start to overthink it becomes unreal — you start thinking about work and kids. But if you just go, it’s such a healing experience, it really brings you to another world where you can reset your priorities.”

Kate Johnson is a Montreal-based freelance medical journalist who has been writing for more than 30 years about all areas of medicine. https://katejohnsonmednews.wordpress.com/about-the-author/

Blood in Urine: What Men Should Know 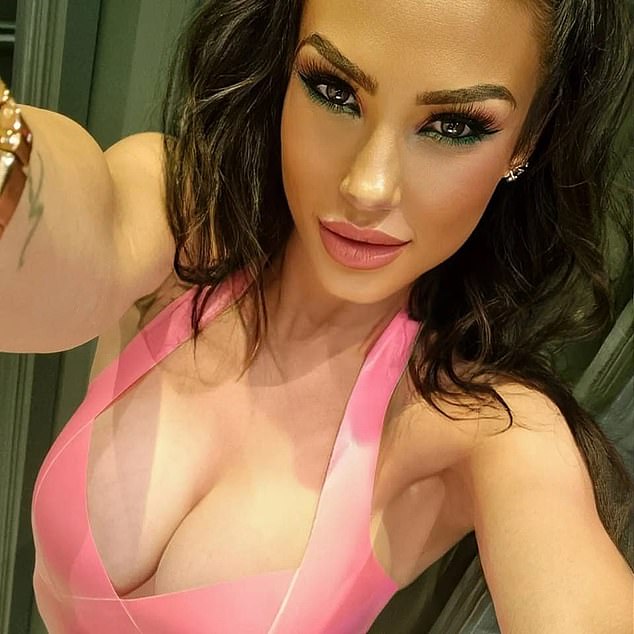 OnlyFans model, 32, ‘gobsmacked’ after she is arrested for rubbish bag problem EIGHT years ago
2 mins ago

OnlyFans model, 32, ‘gobsmacked’ after she is arrested for rubbish bag problem EIGHT years ago 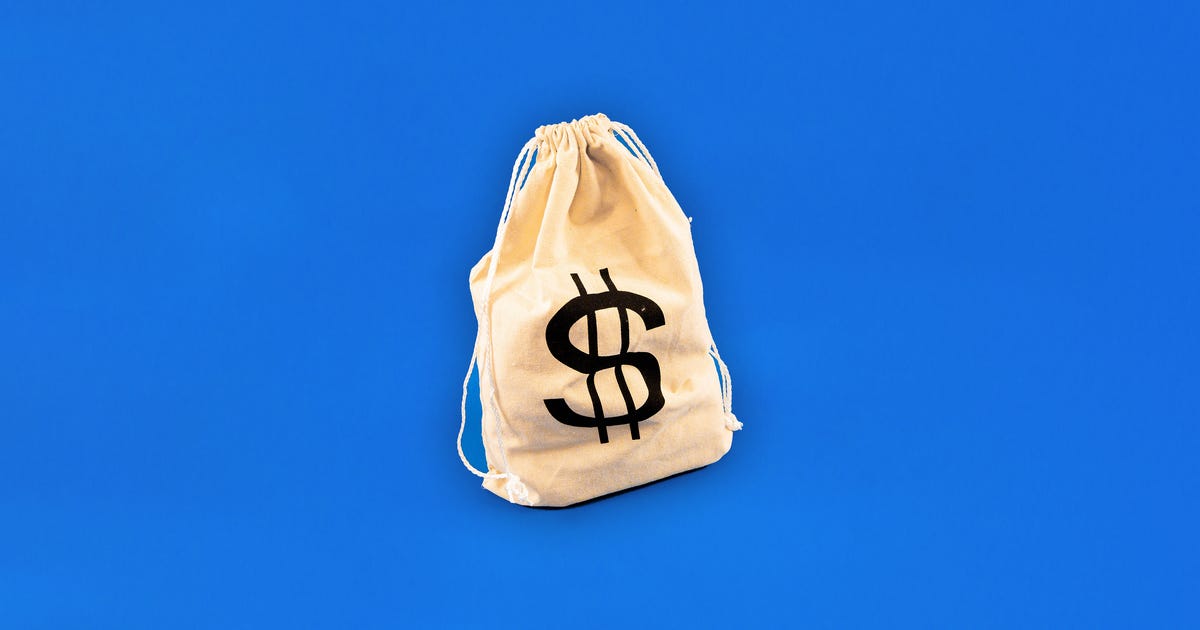 Stimulus Checks: Find Out if You’re Eligible for Tax Rebate Money From Your State
6 mins ago

Stimulus Checks: Find Out if You’re Eligible for Tax Rebate Money From Your State