Elon Musk transformed the car industry with Tesla‘s (TSLA) battery electric vehicles. He’s no fanboy of hydrogen fuel cells, calling them “fool cells” and “mind-bogglingly stupid.” But others feel differently, and fuel cell stocks are winning powerful allies as the world’s top economies seek a green future that isn’t one size fits all.

Investments in hydrogen fuel cell technology for heavy machinery, large commercial vehicles, and even power plants have picked up in the last year. Hydrogen is also gaining traction in the production of steel and chemicals. The aviation industry sees it as a potential fuel too.

Even oil companies are teaming up with fuel cell stocks like FuelCell Energy (FCEL), Ballard Power Systems (BLDP) and Plug Power (PLUG). And on Wednesday, Chevron (CVX) and Toyota (TM) announced they are teaming up to build out hydrogen fuel cell infrastructure.

“The big sort of game-changers have been not only about companies and technology but governments behind or getting behind (hydrogen) at a national level,” said Will Rhind, founder and CEO of GraniteShares. The ETF provider offers commodities funds that track the energy sector, including one for platinum, which is used in fuel cells.

Hydrogen created with renewable sources could supply up to 25% of the world’s energy by 2050, he says. But its cost must first fall to $2 per kilogram. Rhind believes that’s possible in the next decade, making it competitive against other types of energy.

A key catalyst for fuel cell stocks in recent years has been the steep drop in costs for wind and solar power, which drives the creation of the most desirable form of hydrogen. Costs have come down as the technology gets cheaper and more projects reach economies of scale.

But better battery technology could pressure the emerging hydrogen economy. And much more infrastructure must be built before fuel cells are widely adopted.

How Does A Hydrogen Fuel Cell Work?

Hydrogen fuel cells combine the element in gaseous form with oxygen to create electrical energy. Water is the only byproduct.

And unlike batteries, hydrogen fuel cells don’t need lengthy periods of recharging. That’s critical for power stations, for example, as they can’t go offline for long.

But here’s the catch. While hydrogen is the most abundant element in the universe, it’s not very independent. It needs to be stripped from other compounds, like water or natural gas. A rainbow of options are available for use in fuel cells. But not all are created equal, with trade-offs on cost and environmental impact.

“Grey” hydrogen accounts for most of the hydrogen produced in the U.S. today. It comes from natural gas and releases carbon emissions during production and processing. Less common options include “brown” hydrogen, which comes from coal, and “pink” hydrogen, which uses nuclear power to split hydrogen molecules from water.

“Blue” hydrogen is produced the same way as grey hydrogen. But producers capture and store the carbon emissions, making it a greener option. It’s still not green enough for most climate activists.

“Green” hydrogen uses solar and wind energy to power the process of extracting hydrogen from water. Because it doesn’t release any carbon in the process, it’s the gold standard for hydrogen production.

For years, the share prices of fuel cell stocks Plug Power, FuelCell Energy and Ballard Power were stuck in the single digits. Investor hopes that the technology was finally having its moment periodically came and went.

But that changed in the past year. Fuel cell stocks took off in 2020, due in part to expectations of a Joe Biden presidency that would stress green energy. Shares continued to soar early this year, before tanking soon after that.

FCEL stock and BLDP stock show similar trajectories, and have Composite Ratings of only 51 and 16, respectively.

How Much Money Do You Need To Start Investing?

Green hydrogen economics rely heavily on wind and solar energy production becoming cheaper. And the costs are almost there to make it competitive.

The Energy Department sees the sub-$2 cost level, no matter the kind of hydrogen, as the threshold for a practical and economic fuel source.

Green hydrogen costs $5-$6 per kilogram vs. about $2 or less for most grey hydrogen in the U.S. A kilo of hydrogen is roughly equal to two gallons of gasoline.

“In terms of the big breakthrough, it’s all about the production of green hydrogen,” Rhind said.

While green hydrogen’s cost is above the key tipping point, it has dropped 50% since 2015 and should fall another 30% by 2025, IHS Markit estimated last July.

The big drop in green hydrogen’s price will come from lower input costs. Solar and wind production costs have fallen in recent years as demand for cleaner fuel has grown.

Plug Power CEO Andrew Marsh told IBD said that fuel cells are currently in the fourth generation of development but have several generations to go. Researchers are working to reduce the level of precious metals in fuel cell stacks.

Marsh believes hydrogen is the future and “all the oil companies are looking for ways that they can participate in the future.” He says he speaks with oil companies nearly every day about their interest in the expanding hydrogen fuel cell industry.

And Saudi Aramco, the world’s largest oil company, is sitting on massive oil reserves, but is already making waves in the hydrogen space.

CEO Amin Nasser said in March that the state-run giant will work with China to develop blue hydrogen and ammonia technologies that are key to fuel cell stocks. Aramco also converts hydrogen to liquid in the form of ammonia to transport it.

“I think hydrogen has huge potential going forward in transportation and power generation,” Nasser said during a panel at CERAWeek by IHS Markit.

Demand for greener energy has been on the rise in recent years, and governments are helping it along.

The Biden administration, as part of its $2.2 trillion infrastructure package, is seeking $15 billion for research priorities that include carbon capture and hydrogen.

The department also announced a $100 million plan in June to develop affordable electrolyzers for long-haul trucks. Electrolyzers use electricity to split water into hydrogen and oxygen.

But Asia is leading the way in hydrogen, offering a further boost to fuel cell stocks.

In September, Beijing pledged to spend $2.5 billion in 10 cities to develop green hydrogen. Canada-based fuel cell stock Ballard Power Systems stands to benefit. It has a joint venture in China with a factory that can make 10,000 heavy-duty fuel-cell engines a year.

And South Korea is targeting production of 6.2 million fuel cell vehicles by 2040. In January, Korean conglomerate SK Group announced a $1.5 billion investment into a joint venture with Plug Power to provide hydrogen fuel cell systems, hydrogen fueling stations and electrolyzers to Korea and other Asian markets. The deal sent PLUG stock to its biggest gain in years.

Other Uses For Fuel Cells

Hydrogen fuel cells also could be a solution to carbon-intense steel and cement manufacturing and find uses in the aviation industry.

Last year, Boeing rival Airbus (EADSY) unveiled concepts for hydrogen-powered aircraft that it will study. It hopes to bring one into service by 2025. After years of looking at the possibility of using batteries, the European aerospace giant said that technology hasn’t advanced fast enough.

But large, long-haul vehicles are one of the main segments where hydrogen fuel cells are competitive, says Sunita Satyapal, director of the Energy Department’s hydrogen and fuel cell technologies office.

Nikola (NKLA) is building both battery- and hydrogen-powered semi trucks. But the company says its fuel cells can start at lower temperatures than batteries can. And they are lighter, making them more practical for trucks and other heavy machinery.

Nikola also claims its long-range fuel-cell semi will get as many as 900 miles on a tank of hydrogen when it comes out in 2024. By comparison, the battery-powered Tesla Semi, which could go into production late this year or in 2022, has a listed range of 200-300 miles.

As battery-powered vehicles become more ubiquitous, automakers are working to fix their limitations. General Motors (GM) announced that it was near a breakthrough in November that would extend the range of electric cars.

Researchers and companies like QuantumScape (QS) are also working on solid-state batteries that will have faster charging times and longer ranges.

The Biden administration’s infrastructure package would establish grant and incentive programs for state and local governments and the private sector to build a national network of 500,000 EV chargers by 2030.

Hydrogen fuel cells need fueling stations and infrastructure to support the industry before they can become a viable transportation option.

Hydrogen is transported to its point of use by pipeline, rail, barge or in special tanker trucks, according to the Energy Department.

The department expects hydrogen dispensers to be added at existing gasoline stations, allowing the infrastructure to grow as more hydrogen-powered vehicles take to the roads.

Rhind says hydrogen infrastructure is a chicken and egg situation, where supply is needed to build demand and demand is needed to create supply.

But establishing infrastructure could open up more possibilities. For example, the Energy Department’s Satyapal says the export market could be huge for U.S. companies as other countries look to achieve their climate goals.

The U.S. produces 10 million metric tons of hydrogen, about one-seventh of the global supply. Air Products & Chemicals (APD) is the world’s top producer of hydrogen, extracting most of it from fossil fuels.

The Energy Department acknowledges its role in building out infrastructure to spur hydrogen adoption. But it’s not picking sides, saying both fuel cells and batteries make sense.

“We have an ‘all of the above’ portfolio approach,” said Satyapal. “So it’s not batteries or hydrogen fuel cells. They complement each other, and we have a broad portfolio.”

Is PLUG Stock A Buy Now After Tumbling On Accounting Errors?

Oil Stocks To Watch In Shale As New No. 1 Emerges In Permian Basin 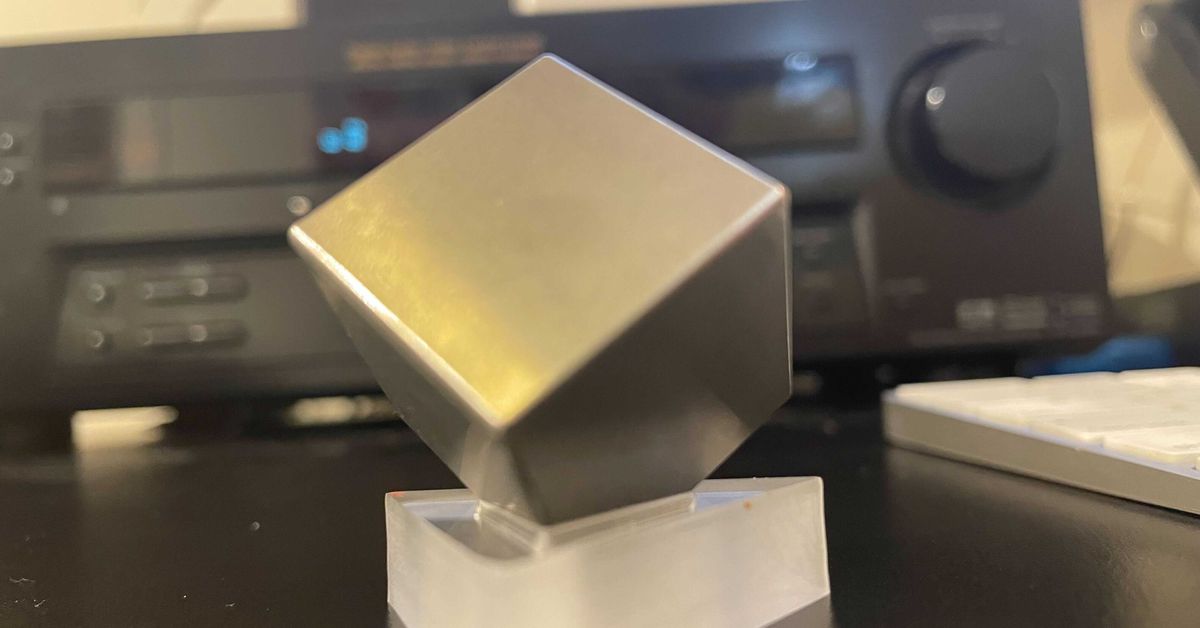 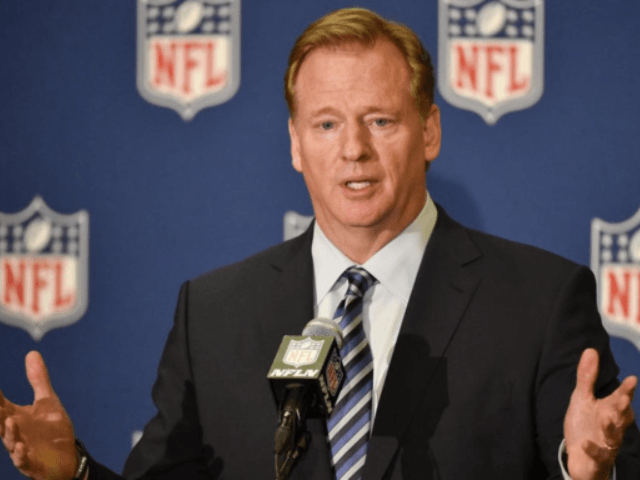