The Dow Jones Industrial Average rose in today’s stock market and is several days into an attempted rally. As stocks show continued strength in recovering from the September correction, several firms are setting up possible buy opportunities.

Thursday’s bullish action is a continuation of this week’s upward trend as stocks recover from last week’s harrowing losses. The market action today and Friday will be very important to pay attention to as stocks attempt to move out of the correction.

Stocks appear to be holding well above Monday’s lows. The stock market needs at least a few days of rallying and then a follow-through day before an uptrend is confirmed.

While you may want to hold off aggressively buying stocks until the uptrend resumes, initiating very small positions in certain top-performing industry groups is a still a viable option. It’s best to avoid sectors showing severe weakness. For more in-depth trading strategy, join the IBD experts every morning on IBD Live as they analyze actionable stocks and trade ideas daily.

Among actionable stocks discussed on IBD Live Thursday was Endava (DAVA). The stock is a leader in the computer technical services group. The group itself is outperforming the market and is ranked No. 8 of the 197 groups IBD measures.

Endava stock is trading near the upper edge of an entry point of 143.60. The growth stock consolidated for seven weeks, according to IBD MarketSmith charts. The buy zone tops out at 150.78. Endava sports a very strong RS line, which is a key to focus on in uncertain markets.

Amerco (UHAL), parent company of U-Haul, broke out from a 677.44 buy point on Thursday. The growth stock is above both the 21-day and 10-week moving averages, a strong sign. Amerco traded over 3% higher Thursday and remains inside the buy zone, which tops out at 711.31.

Last week, growth stocks had their worst week since the coronavirus crash. The growth-focused Innovator IBD 50 ETF (FFTY) traded higher on Thursday, with a 2% gain. The ETF is nearing its 10-week line but remains just below this key support area. Shares are right at the 50-day line on the daily chart.

The recent global success of its new series “Squid Game” has grabbed the attention of investors. According to IBD Stock Checkup, NFLX stock shows a near-perfect 98 out of 99 IBD Composite Rating. The IBD Composite Rating identifies stocks with a blend of strong fundamental and technical characteristics.

Jobs Report Pivotal For Market Rally As Leaders Set Up 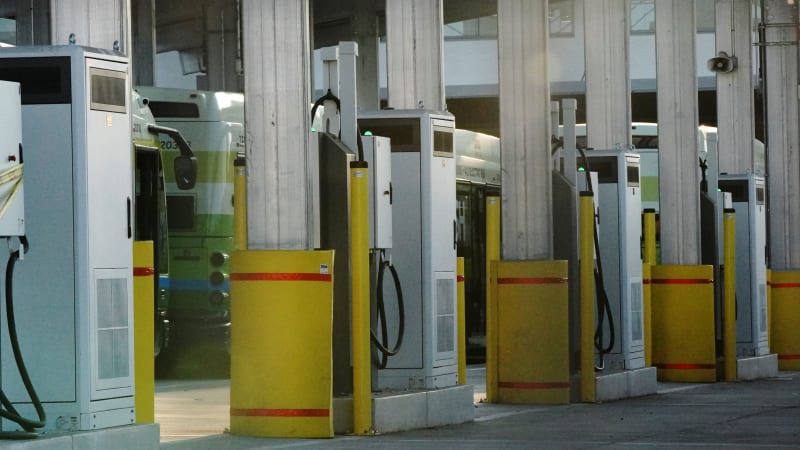