Automakers are expanding and extending production cuts at some North American plants as they cope with a worsening global shortage of semiconductors.

Chips for use in cars and trucks have been harder to come by as semiconductor makers have allocated more capacity to consumer products. The pandemic has caused a surge in orders for smartphones, TVs and computers as people try to make extended life at home more bearable, leaving less capacity for a stronger-than-expected rebound in vehicle demand. Recent weather-related disruptions of petrochemical supplies in the southern U.S. and a fire at a chipmaking plant in Japan have exacerbated the shutdowns.

Consultant AlixPartners has said the chip shortage could cost automakers $61 billion in lost sales this year. The recent setbacks could further delay an expected second-quarter recovery in output. “Production is shrinking, not increasing, so the balance between supply and demand is only getting worse,” said Takeshi Miyao, an analyst at researcher Carnorama.

The biggest auto companies aren’t the only companies getting squeezed by the chip crisis. Truckmaker Paccar Inc. on March 31 said first-quarter deliveries have been reduced by about 3,000 vehicles.

April 13: General Motors updated its notice from last week to say that it’s doing a little better than expected at its Spring Hill Assembly plant in Tennessee. The site will resume production the week of April 19, a week earlier than it had expected. In addition, the automaker said it no longer expects to lose production of its Chevrolet Blazer at Mexico’s Ramos Assembly during the week of April 19.

Starting the week of April 5, GM’s assembly plant in San Luis Potosi, Mexico — which has been down since Feb. 8 — was scheduled to restart with two shifts. The factory makes the Chevrolet Equinox and GMC Terrain.

March 3: The automaker said its Gravatai plant in Brazil would be affected by downtime in April and May.

April 21: The weeks of May 3 and May 10, automaker will shutter plants in Chicago, Michigan and Kansas City that produce the Ford Explorer, the Mustang sports car and the F-150 pickup, Ford’s biggest moneymaker. During the same time, a factory in Ohio will stop producing some vans and trucks, while continuing to build chassis cabs for Super Duty pickups and medium duty trucks. The automaker also is idling a factory in Canada that builds the Edge SUV the week of May 3. In Europe, the company will take six additional down days at Craiova, Romania, through May 14. Other down days are planned in Valencia, Spain, and Saarlouis, Germany.

April 14: For the weeks of April 19 and 26, downtime is set for the automaker’s assembly plants in Chicago; Flat Rock, Michigan; and Kansas City, Missouri, affecting lines for both F-150 trucks and Transit vans. Meanwhile, a plant in Ohio will build only Super Duty chassis cabs and medium-duty trucks. Kentucky Truck Plant will be down the weeks of April 26 and May 3 and there are some shift restrictions through May 31. And it’s not just in the U.S.: A joint venture in Turkey, Ford Otosan, will temporarily halt production of the Transit Custom, including the Tourneo, and Transit 2-Ton vans in Golcuk from April 19 to June 13.

April 8: For the week of April 12, Ford is shutting a SUV plant in Chicago that builds the Explorer model, its Mustang factory in Michigan and the Transit van line at its assembly facility Kansas City.

Ford also is canceling the traditional two-week summer shutdown at six factories in the U.S. to make up for lost production from the chip shortage. The automaker said it is planning its highest summer production in more than 15 years.

March 31: The automaker said its F-150 plant in Dearborn, Michigan, will be down the week of April 5 and April 12. Truck operations in Kansas City were slated to halt the week of April 5. Ford’s Louisville Assembly Plant in Kentucky was scheduled to shut the weeks of April 12 and April 19, and its Oakville Assembly Complex in Ontario, Canada, will be down the weeks of April 12, 19 and 26.

Ford also canceled some overtime shifts at multiple plants as late as June.

March 22: The company stopped production at a commercial vehicle factory in Avon Lake, Ohio, with plans to resume output on March 29. Ford also dropped one shift until March 29 at a truck plant in Kentucky that makes vehicles including the F-250 pickup and Expedition SUV.

March 21: Ford canceled an extra shift at the truck factory in Kentucky.

March 18: The carmaker canceled night shifts for two days at another assembly plant in Louisville — where it makes the Ford Escape and Lincoln Corsair — due to the U.S. winter storm in Feb. and chip shortage.

April 8: The carmaker said in an emailed statement that its production has been affected at factories in Kentucky, Mississippi, Texas, West Virginia and Mexico “due to Covid and recent severe weather-related events.” The Tundra full-size truck production line at its plant in San Antonio, Texas, remains idled, it said.

March 17: A dearth of petrochemicals affected output at the carmaker’s plants in Kentucky, West Virginia and Mexico, according to a spokesman who didn’t provide further details.

April 1: The automaker said it would resume normal output at all vehicle, engine and transmission plants in North America.

March 22: Honda said its purchasing and production teams were working to “limit the impact of this situation and are adjusting production as necessary,” the company said in an in an email, without elaborating.

March 17: The carmaker suspended production at some plants across the U.S. and Canada, including factories in Alabama, Indiana, Ohio and Ontario, blaming the impact from the pandemic, chip shortages and severe winter weather on its supply chain.

March 26: The automaker plans to idle five factories in North America starting March 29 through early to mid-April, according to a company spokesperson. The facilities include a pickup factory in Warren, Michigan; a Jeep Cherokee sport-utility vehicle plant in Belvidere, Illinois; a Jeep Compass SUV factory in Toluca, Mexico; a muscle car plant in Brampton, Ontario; and a minivan-manufacturing facility in Windsor, Ontario.

March 25: The union representing workers in Windsor said in a tweet the minivan plant would be down for a month.March 20: Stellantis, formed recently from the merger of Fiat Chrysler Automobiles NV and PSA Group, said production of its Ram Classic trucks in Warren and Saltillo, Mexico, will be affected “for a number of weeks.”

April 14: The Japanese automaker canceled its Sunday-night and Friday-dayside shifts for the rest of April at its assembly factory in Smyrna, Tennessee. In Mississippi, the Canton assembly plant is canceling its Sunday-night and Friday-dayside production of Titan and Frontier models for the rest of April, while Altima car output will be shut down on six days scattered throughout the remainder of the month. In Mexico, the Aguascalientes Plant 1 is canceling production on April 16, 17 and 24.

March 25: Nissan said it planned to resume production on March 26 at a plant in Aguascalientes a week after it halted output.

March 23: Nissan restarted an assembly line at a plant in Canton, Mississippi, and a production line at a factory in Smyrna, Tennessee, both of which had been suspended since March 19.

March 22: Nissan resumed output on another assembly line in Canton that had been off line since March 20.

Feb. 8: Electric-vehicle manufacturer said in a 10-K filing that “increased demand for personal electronics has created a shortfall of microchip supply, and it is yet unknown how we may be impacted.”

Feb. 5: The Mercedes-Benz plant in Tuscaloosa, Alabama, was “running as planned,” a Daimler spokesperson said.

Feb. 5: The South Korean automaker said in a statement that it was “closely monitoring the situation and collaborating with our supplier partners to maintain stable production.” 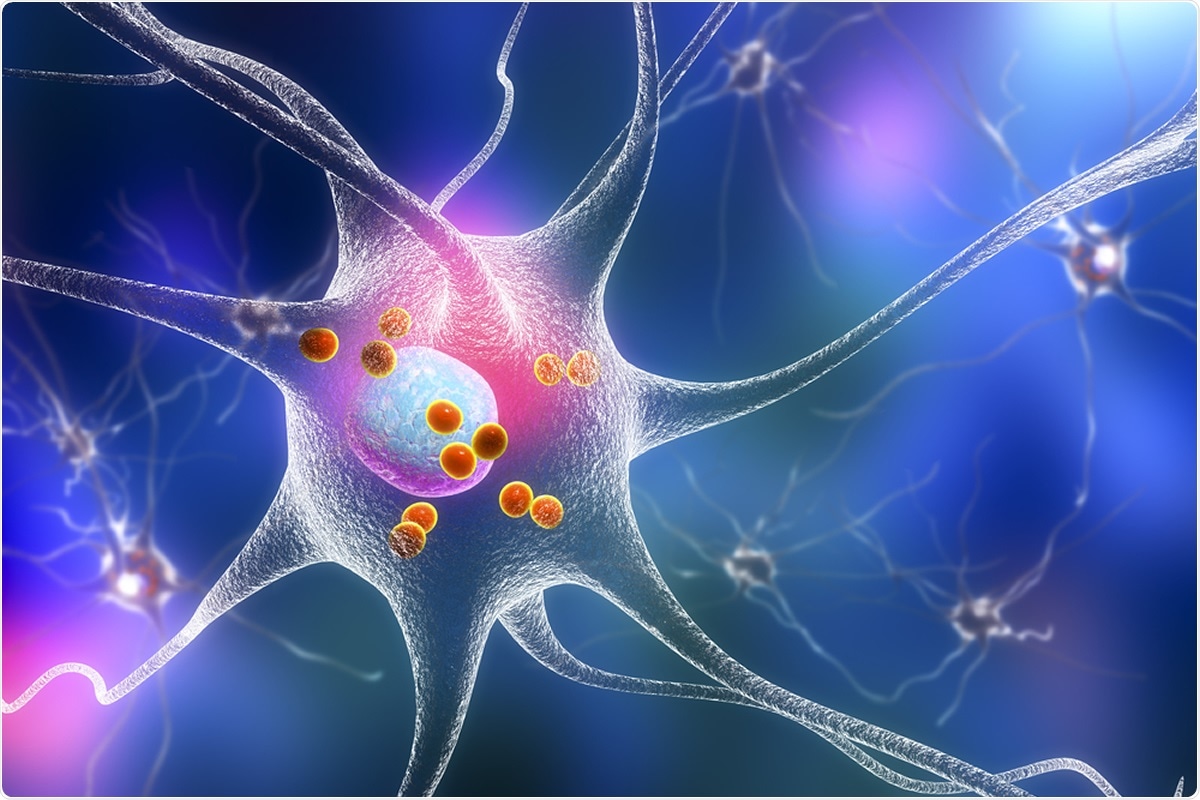 A look at how coronavirus disease (COVID-19) affects Parkinson’s 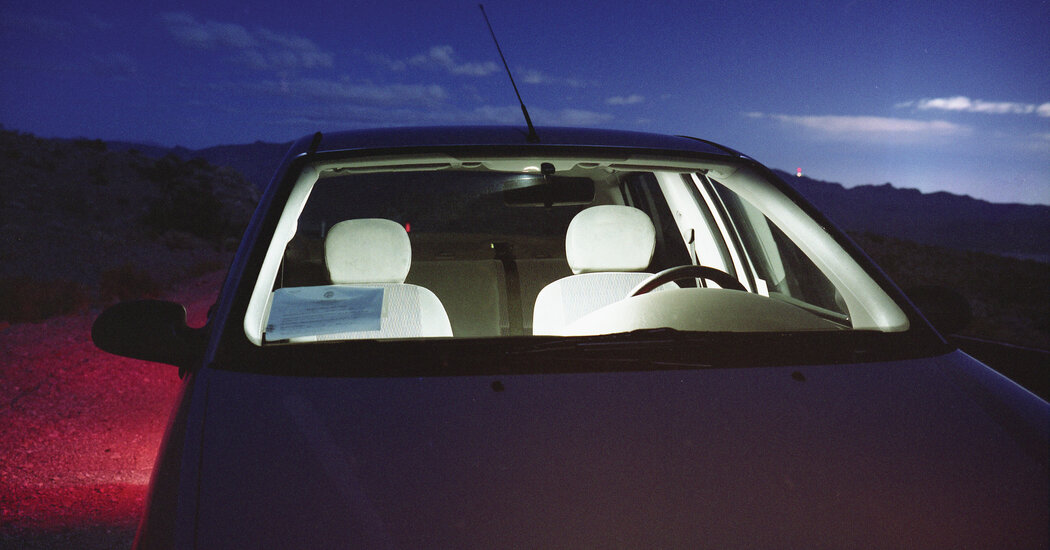 Opinion | What Do Used Car Prices Say About Biden’s Agenda?
3 mins ago

Opinion | What Do Used Car Prices Say About Biden’s Agenda?

Exclusive: TSMC looks to double down on U.S. chip factories as talks in Europe falter By Reuters
5 mins ago

Exclusive: TSMC looks to double down on U.S. chip factories as talks in Europe falter By Reuters