Should an inheritance be strictly an inheritance, to be left to children when their parents die? Or should parents use at least some of that money while they’re still alive to help out their adult children financially? And if parents give while they’re alive, how much should they give and when?

Of course, every family is different—both in terms of what they can afford and what brings them joy. But there are some things every family should consider when deciding how to pass wealth from one generation to the next. The Wall Street Journal invited three financial advisers to discuss those issues:

certified divorce financial analyst at the Center for Financial Planning in Southfield, Mich.; and

a retirement-planning specialist in Louisville, Ky.

Here are edited excerpts of the discussion.

WSJ: How do you advise clients on the topic of the timing of inheritance?

MR. GARRY: I believe strongly that parents should dole out money while they are alive and not stockpile it any more than they need to for their own financial security. The people who make gifts during their lifetimes are able to help their children, and maybe grandchildren, at the exact time they likely most need the money, and not based on the random date of their death. They also get to see the benefit of the gift to their children and grandchildren. The extent of the gifts depends on how much the parents can afford.

MS. ROESSLER: It depends on their personal goals, tax situation and current financial needs, as well as the financial needs and tax situation of their heirs. First, they need to make sure they have enough resources to cover their own financial needs, including any potential long-term-care expense. Once that’s established, they should discuss gifting strategies with their adviser, keeping in mind the parents’ ultimate goals, such as minimizing income taxes and capital-gains taxes during their lifetime, spending down their assets to later qualify for Medicaid, or providing for their children’s specific financial needs.

MR. WALKER: I’m a firm believer that too many people save every penny until the day they die, instead of spending their money now. With so many savers maxing out contributions to their 401(k) plans, my concern is that most of them have no plan for using and enjoying their savings before it’s too late. There’s a struggle going on with my clients when I broach this subject of saving too much for the future. They wonder: Will their children be responsible with the money? There’s only one way to find out, and that’s throw them a bone now to see how they handle it.

WSJ:With the pandemic wreaking havoc on many families’ finances, have you seen families change the way they are thinking about inheritance?

MR. GARRY: Most of my clients are in much better shape than they were a year ago. Unfortunately, a lot of their children and grandchildren are not. We’ve seen a real uptick in people expressing gratitude in being so fortunate with their health and finances and not wanting to wait to help both their offspring and their favorite charities.

We’ve had people who have kicked the idea around for years but never did it who are actually taking steps now and making gifts. They seem to realize more than ever that they don’t know how much time they have, and some of their kids have been unemployed for much of the last year. I don’t think many of them ever expected to see their children hurting so much, and it has moved them.

MS. ROESSLER: I haven’t seen families make dramatic changes to their legacy planning, at least not yet. However, as government aid ends, many millennials will be left without jobs and with increased expenses. In conversations with older clients, they are prepared to begin making adjustments in their gifting strategy to accommodate changing needs.

WSJ: Should there be strings attracted to parental giving?

MR. WALKER: This is a gift and shouldn’t come with any strings attached. Still, how your kids and grandkids react might certainly sway future considerations as to whether you wish to continue the gift-giving trend.

MS. ROESSLER: I think it depends on the family circumstances. Some parents may feel their children need guidance on how to wisely spend gifted dollars; others aren’t comfortable attaching any strings to gifts. One family I’ve worked with requires their adult children to donate a portion of their annual gift to a worthy charity. Another family specified that the gift must be used toward college costs for their children or major expenses such as a car or down payment on a home.

WSJ: How can parents who want to help their children while they are alive prevent themselves from becoming their children’s bank?

MR. WALKER: Before starting the gift-giving trend, it is important for parents to speak about their finances frankly with their children. While you don’t have to take all of your financial clothes off, you need to be frank with them as to how you’re doing financially. As well, blend into the mix that you are very grateful for the way you have been blessed and your desire to share some of your good fortune with them now—at a time in life when they can use it—versus waiting until after you die. Also, never tell them that there’s more where that came from, as you might regret setting up such an expectation.

MR. GARRY: It makes it much easier to avoid being the bank if the child knows that the gift is for a specific purpose, like to pay their health insurance, or go toward their student loans, or make their IRA contribution or for a deposit on a property. I’ve also told my clients they can feel free to tell their children their financial adviser has said they can’t afford to make that gift or even make any more gifts, depending on the circumstances.

WSJ: What are some common mistakes you see parents making in deciding how to transfer wealth to their children?

Have you given any inheritance money to your kids? Why or why not?

MR. WALKER: Not understanding that the value of their 401(k) actually will go down over time. That is because between future taxes and inflation, the money they are stockpiling will be worth less then than it is now. Think about it: What if, instead of socking it all in a 401(k), you could give some money away to your kids now with no tax to them? Wouldn’t that make more sense?

MS. ROESSLER: Some parents give more than they can afford and wind up with an unintentional reduced standard of living. This can lead to marital tension when both spouses aren’t on the same page. There is also a substantial tax advantage to transferring stocks and mutual funds after death versus during your lifetime, though this could change under President Biden.

MR. GARRY: The biggest downsides come when gifts are given with no discussions around expectations. We had a client who, before coming to us, went through a bit of a rough patch with his son and daughter-in-law. He had made gifts for a few years to them around Christmas and he didn’t say anything about it other than “Merry Christmas!” Well, after three or four years of those gifts, the son and daughter-in-law expected them to continue. Without saying anything, he just stopped because he wasn’t in the financial position to continue. But they didn’t understand that and there was tension until they finally talked about why he had discontinued giving and they were able to heal the rift.

Ms. Winokur Munk is a writer in West Orange, N.J. She can be reached at [email protected].

Apple and Amazon make lossless music a free upgrade, but that sucks for artists
58 seconds ago

Apple and Amazon make lossless music a free upgrade, but that sucks for artists 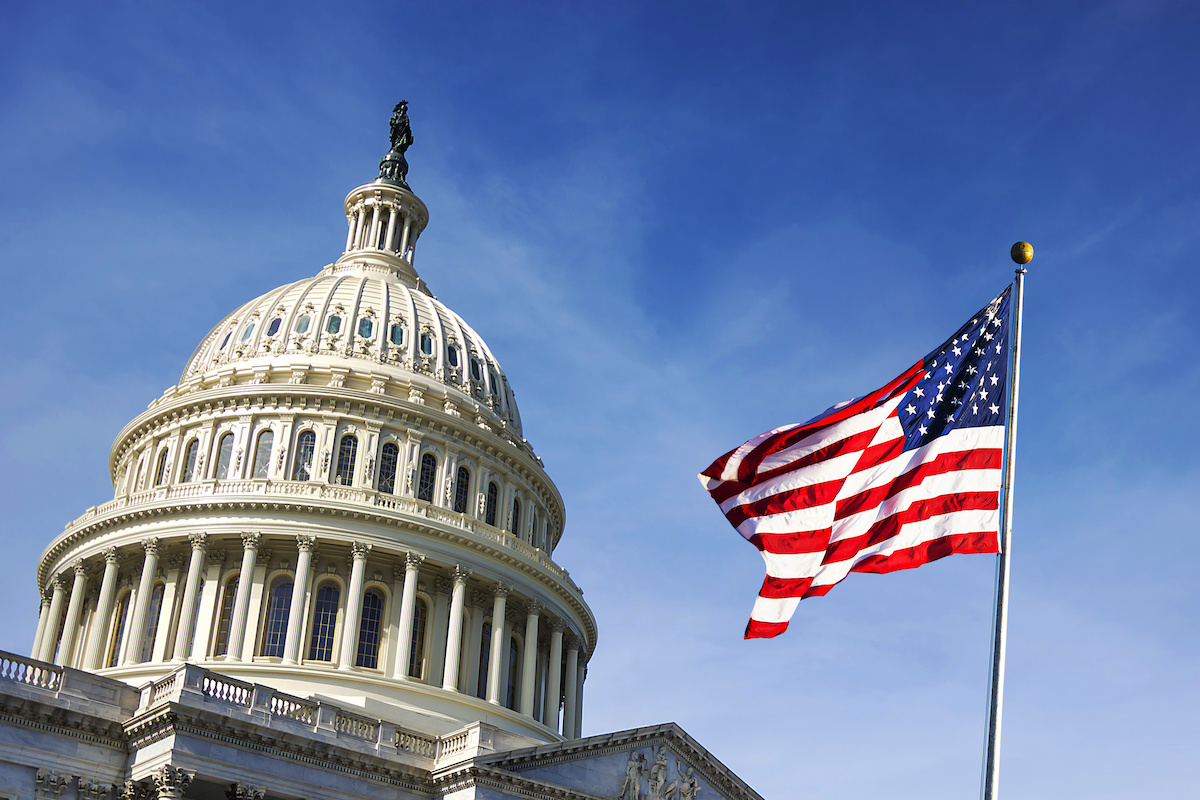 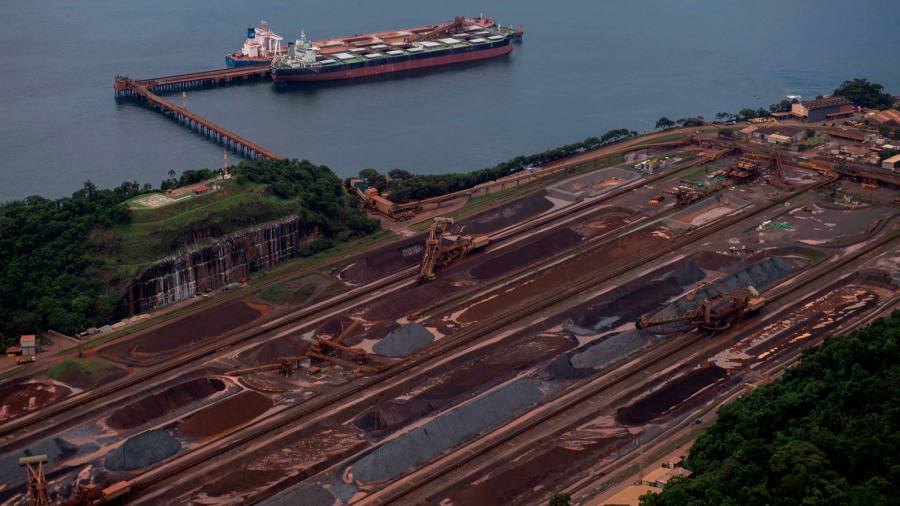