Bond is back with a vengeance, and that means Daniel Craig taking on the assignment just one more time in a film that proves a fitting finale for the actor who invests the role with more emotion, power, and style in a movie that not only marks a milestone as the 25th time around, but also one not afraid to take some twists, turns, and yes, risks in a long delayed entertainment that sees Bond not only out to save the world from evil forces again, but perhaps in these Covid times the theatrical exhibition business itself.

Since last we saw 007 on the big screen in 2015’s Spectre where James Bond was seen driving away with new love Madeleine Swann in his Aston Martin DB5 in Italy it has been six long years. We have survived the Trump presidency, if not Trump himself, and two immortal Bonds Roger Moore and Sean Connery have both passed away, the end of two distinct eras of the nearly 60 year old Bond screen legacy.

And now after pandemic-related release delays of a year and a half another era in the saga of 007 also comes sadly to an end with Craig’s fifth, and final, turn as Ian Fleming’s suave and never stirred secret agent in the momentous new Bond film, No Time To Die. In a highly successful 15 year run  Craig has taken the series on its most serious and humane ride, an especially emotional roller coaster in some ways for the usually unflappable spy we first encountered in 1962 when Connery starred in Dr. No.  This edition expands on all that and leaves us wanting more, but if you wait -as all Bond films know you should – until the very last image on the screen four special words give us the promise that there is more to come. Getting there however will put you through the ringer. With Casino Royale, Quantum Of Solace, Skyfall, and Spectre there have been shared themes in the Craig 007 era, particularly trust, betrayal,secrets, lies,  and a distinct connection, or han- off,  between them all those films. In other words, not just the usual previous pattern of stand alone stories. And let me assure you this is defiantly not a stand-alone even if it means Craig has left the building.

No Time To Die which, at two hours and forty three minutes has the longest running time of any of the 24 films that preceded it, also brings us back to his relationship with Madeleine, played again by Lea Seydoux, the first time a love interest has actually returned , believe it or not.  How all this will be received is to be seen, as this is perhaps the most unique, and uncertain environment in which any Bond film has ever been launched. The importance of the British iconic character is undeniable in his home country as witnessed by the fact that no less than two future kings of England attended the royal  premiere in London that just ended earlier tonight. That this longest running franchise in movie history is still going strong is a miracle itself, but after seeing this latest edition, screened simultaneously for critics in 20 countries around the globe (a studio exec sitting in back of me at Hollywood’s TCL Chinese Theatre today said they all had a code “The Lion Is Roaring” to give the cue to start the movie, I have to say much of the credit for keeping it vital has to go to Craig who truly humanized him, gave him more complexity than he ever had, and brought him firmly into a new century.  With the deaths of Connery and Moore, there is a different kind of profound loss we may be feeling as Craig’s Bond heads for the exit and the series moves into brand new territory with an as yet unknown choice to take up the mantle of playing one of the most iconic screen characters of all time. This review will be as spoiler free as I can make it because it deserves to be seen by fresh eyes, and as Craig in a taped video at the film’s start said it should be seen on the biggest screen possible because that is where it was made to be seen.

Interestingly this is the first 007 film to be directed by an American, Cari Joju Fukunaga (True Detective), and even that milestone would not have happened had  producers and would-be director Danny Boyle not parted ways on plans for the Oscar winner to steer the course of the 25th. He does a terrific job managing the action with a compelling love story, as well as a tip of the hat to tradition and the time honored moments we love in Bond movies.

Story wise Fukunaga has collaborated with Bond film veterans Neal Purvis and Robert Wade who have written all of the Craig Bonds among their seven times at bat in the series. And with her recent successes the team invited Phoebe Waller Bridge of Fleabag and Killing Eve fame to add her own unique touches, a welcome female voice to the proceedings that is apparent on screen.

As I said this one starts just about where the last one ended as we reunite with Bond and Madeleine in the hilltop city of Matera in Southern Italy. Just before we get there is a terrifying sequence involving Madeleine in a flashback as a young girl but all that will become clear later in the picture. As is the custom the idyllic moments Bond and his love are feeling soon take a turn and devilish forces put Bond in danger as a thrilling motorcycle chase morphs into one in his Aston Martin and all the questions of trust come into play. Soon he puts Madeleine on a train never to see her again. Roll opening credits which come at the 25 minute point.Cut to five years later and there is some sort of kidnapping in a London lab involving a Russian scientist who has some material others clearly want.

Bond has finally retired, left the service and living la vida loca in his beloved Jamaica (a perfect choice for Craig’s last fling as James since the location was also used memorably in Connery’s first Bond film, Dr. No, as well as Moore’s first Live And Let Die). But as you might imagine this bliss is short-lived when CIA agent and longtime buddy Felix Leiter (Jeffrey Wright) shows up and, like Michael Coreleone in Godfather 3, drags him back into action in order to head to Cuba and rescue this scientist,  but the mission turns out to be a bit more complicated than first thought. And obviously there is a new villain to stir the pot in that regard, Safin, played to the brutal hilt by Rami Malek, intriguingly has his own past experiences with Madeleine, a plot device that adds a layer or two to the normal relationship Bond has with his villains. It also gives Seydoux more to play with here than many leading ladies in the series ever get, although no one is about to forget the late Vesper Lynde from Casino Royale, especially James. And don’t fear, the seemingly immortal nemesis Blofeld is back with Christoph Waltz (last seen behind bars) using his wits and eye catching talents to make trouble from inside prison. Always fun to have that guy around.

Among familiar faces Ralph Fiennes gets a bit more to do as M (although I am sorry but I still deeply miss Dame Judi Dench in the role and at least there is a brief painting of her to be seen), and as his right hand Naomie Harris continues to capably play Moneypenny with a little more urgency than normal, plus importance as women like this one serve as much more than eye candy as they were in earlier incarnations of 007 on screen. You can count new cast member Lashana Lynch’s Nomi in that category as well, playing the much younger and scrappy M16 agent Bond first meets in Jamaica, and she is very fun to have around especially when she reveals she has taken on the 007 moniker since James retired.  Ben Whishaw’s gadget guy, Q is back and we get to know him – and his hairless cat – on his home turf for a change. Back as Tanner in his fourth Bond film is Rory Kinnear, who provides needed support in his largely brief moments.

Among other new cast members Dali Bennsalah’s lethal Primo, henchman to Safin, is the Odd Job of the bunch. Ana De Armas gets to reunite with her Knives Out co-star Craig her as a feisty CIA agent named Paloma he encounters in Cuba. Billy Magnusson turns up accompanying Leiter to Jamaica as Logan Ash, a guy who plays it by the book, or so we presume. David Dencik is the Russian scientist Valdo. And of course the real stars of any Bond film are the far flung locations, this time including the aforementioned Jamaica, Norway, Italy, and London.

Fukunaga stages some fine chases, explosions, stunts, and the big hour long finale on Safin’s isolated island fortress, but there is as much emphasis on the human beings here, their conflicts and complications and complexities as there is on the fast moving thrills.

Hans Zimmer gets his first go round at composing a Bondian music score and John Barry must be smiling from beyond at the nifty homage to his score from On Her Majesty’s Secret Service and its memorable song sung by Louis Armstrong that figures in this story nicely. The title song here, another must-have “star” of any Bond film, is “No Time To Die” sung by Billie Eilish, but you knew that since she and brother and co-writer Finneas promoted it well over a year ago with a music video when they thought the film was coming out then. It is properly haunting and Eilish has the perfect kind of voice for a Bond film vocal.

The film iwith a huge global plan opens in the UK on Thursday, and thru MGA and UAR  October 8th in the U.S.  AT LAST!  Of course Barbara Broccoli and Michael G. Wilson produced.

As a Bond fan No Time To Die holds a special place. See it in a theatre. 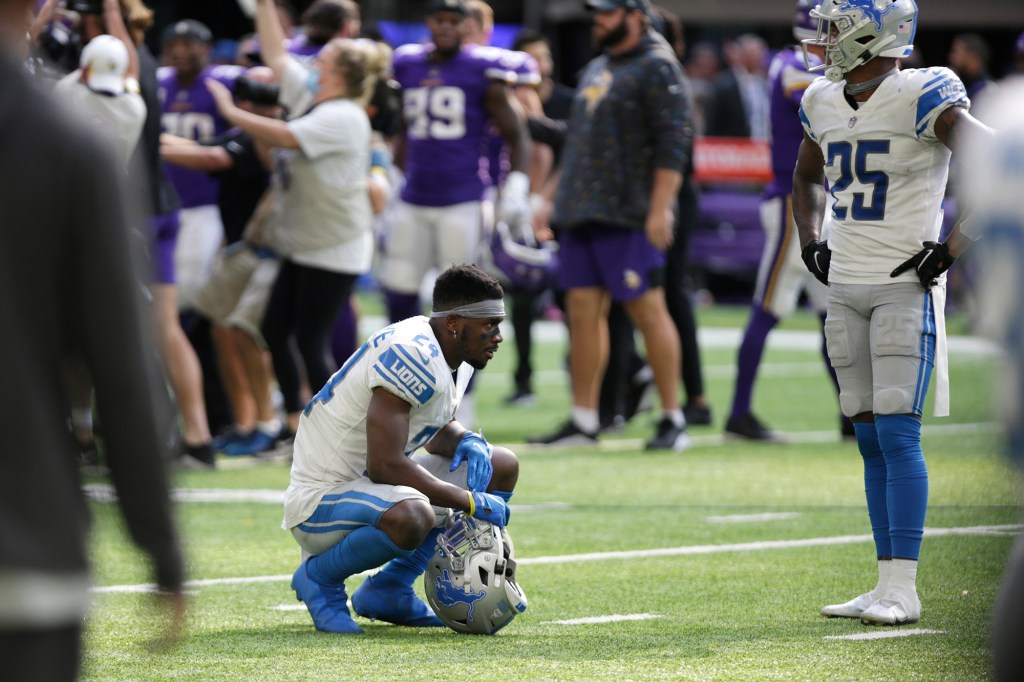 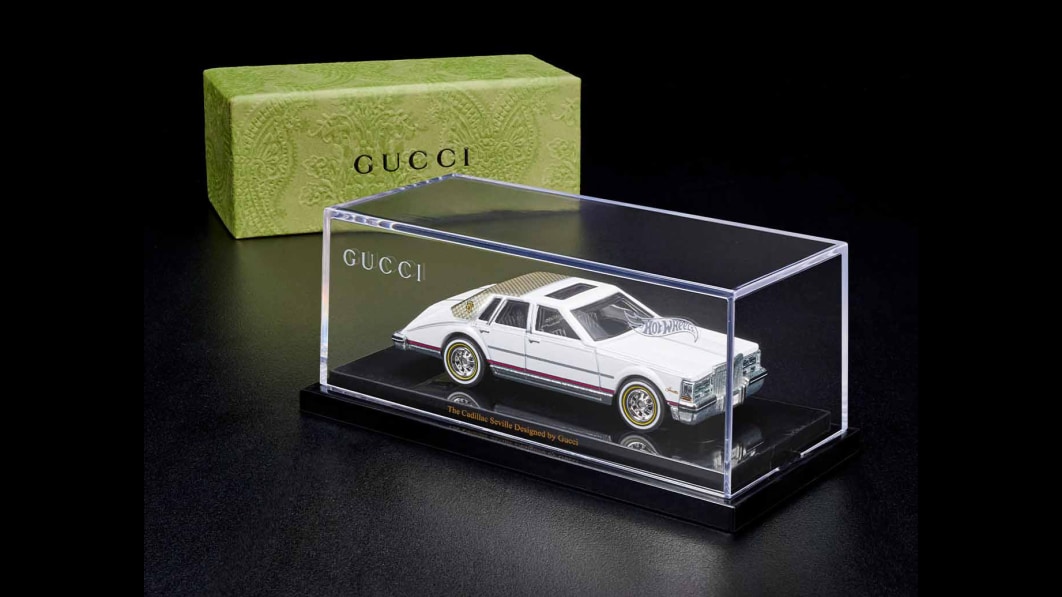 Hot Wheels partners with Gucci for a diecast 1982 Cadillac Seville. Wait, what?
1 min ago 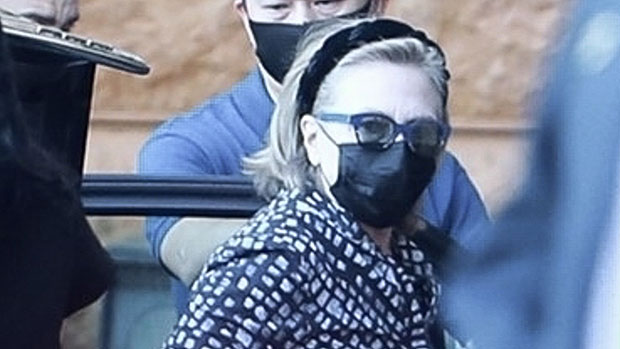