Founded in 2011 after the success of Cheeni Kum and Paa, Shinde and Balki’s banner Hope Productions launched with the hit pic English Vinglish, which marked the comeback of famed actress Sridevi. The company’s credits since include award winners and box office hits such as Padman, Ki & Ka, Dear Zindagi, and Mission Mangal.

Kapadia is a 20-year-plus veteran of the movie business. He started at Zee before leading the UK subsidiary of Reliance-owned Adlabs, and then moving to Eros International as President Distribution – International. In 2020 he founded Moviegoers Entertainment, a UK-based company that specializes in overseas distribution and monetization of content across multiple platforms.

The pact will cover an initial two features, one of which will shoot in the UK, with further details of the projects to come. The idea is for the arrangement to be ongoing.

Pranab Kapadia said of the deal, “I am honored and delighted to collaborate with India’s finest, most talented, creative powerhouse duo of Gauri Shinde and R Balki. Their unique style of storytelling, creating entertaining content and commercial success out of subjects that are considered taboo is remarkable. After successfully producing award winning feature films and commercials, collecting several accolades at prestigious film festivals around the world, their production company Hope Productions is now at the cusp of growth and I am excited to lead this.”

“Gauri and I are absolutely delighted to announce that Pranab will be partnering with us in our future ventures, beginning with a thriller directed by me that begins filming in July this year, followed by three films planned for 2022,” added Balki. “We have known Pranab for about 10 years now, and have always admired his desire to make films and content that not only break the barriers of convention but also tell newer stories, which is well complemented with his sound business acumen. Pranab has always believed that we need to keep earning the right to tell the stories we want to, and that syncs with our philosophy, bringing about this partnership. With his vast business experience and his inherent love for the movies there can be no better person than Pranab to help grow Hope Productions.” 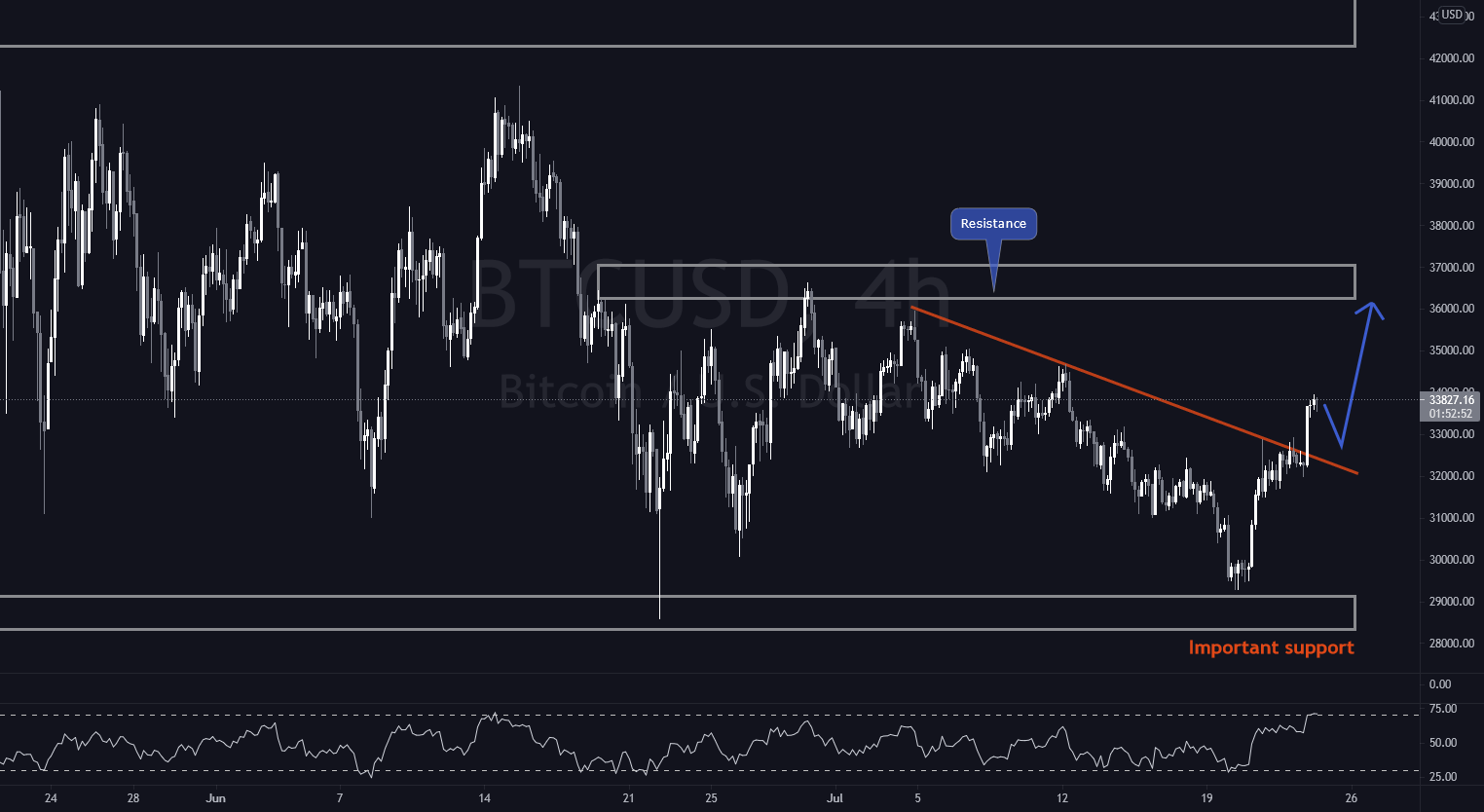 BITCOIN (BTCUSD) – Week 30 – Testing the resistance at 36k? for BITSTAMP:BTCUSD by financialflagship
34 seconds ago

BITCOIN (BTCUSD) – Week 30 – Testing the resistance at 36k? for BITSTAMP:BTCUSD by financialflagship The Land That Time Forgot: How the North Fork’s Cove Beach Stayed Wild
9 mins ago