Glamour: Bradley has a new look this season. What was behind the decision to dye her hair blonde, which I’m guessing is now your natural hair?

Reese Witherspoon: Yeah, it’s my hair. We talked about it with Kerry Ehrin, our writer, and Mimi Leder, our director, about how when Bradley gets the top anchor job, she’s just doing anything she can to make people happy at the network. So she dyes her hair, she’s doing TikTok dances, she’s hosting celebrity events for them. She’s just trying to get along, and it’s so not her personality. It’s actually kind of funny.

You know, to be honest…it was a complication that, during the pandemic, would have made my life very, very complicated because of how many people have to come and build [the wigs]. It’s a whole technical industry. We actually made a game day decision that was easier for everybody involved.

So basically COVID killed the wig.

Viewers learn in the first episode that Alex (Jennifer Aniston) is writing a memoir. Is that something you’ve ever had a desire to do?

I don’t know. I mean, I love reading memoirs. I love Jane Fonda’s. I love Sally Field’s. I think it’s important to learn from other women in your industry—what they’ve been through, because we need to remember they broke through a lot of glass ceilings. But I don’t know if I would do that. I don’t know. I just haven’t been through all the chapters in my life yet, so I’m definitely not ready.

Based on your Glamour Women of the Year speech, as well as others you’ve given, I’m just saying I’d be first in line for that.

Well, thank you. Good to know!

So after The Morning Show‘s explosive season one finale, what excited you about Bradley’s story going forward?

When [head writer] Kerry Ehrin and I started talking about how she was re-conceiving season two due to the pandemic, we talked about Bradley exploring her sexuality. I’ve had several friends in their forties who felt suddenly free enough of their childhood or whatever constraints they had to really explore their sexuality. So that was a little conversation we had, and I thought Kerry really handled that beautifully. There’s great complexity around finding your identity when you’re 45 years old, so that was a lot of that conversation. Kerry also wanted to talk about Bradley’s relationship with her brother and his struggle with addiction. I thought that was so powerful; in fact, so much of the crew was coming up during those scenes and saying it really reminded them of a dynamic they have with their own siblings. 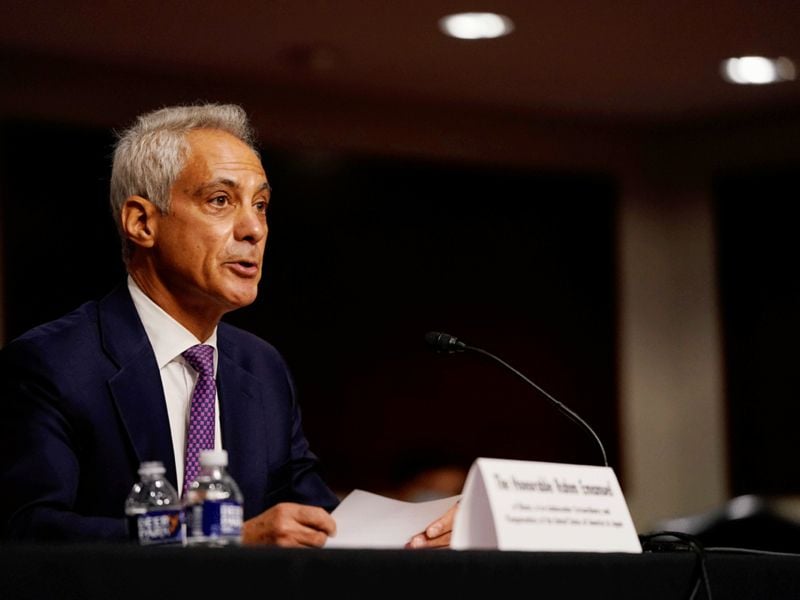 Council Post: How To Inspire A Healthy Lifestyle For Your Team
4 mins ago

Council Post: How To Inspire A Healthy Lifestyle For Your Team