If you thought it was a challenge for broadcasters to sweeten NFL or NBA broadcasts during fan-free pandemic telecasts in 2020, get ready for the most sprawling sports event on the calendar.

The Covid-19-addled Tokyo Summer Olympic Games start Friday on NBCUniversal platforms without any spectators in attendance, due to health and safety measures. Japan has been in a state of emergency as infection rates have surged and vaccination levels have stayed distressingly low for one of the world’s most advanced countries.

Because the International Olympic Committee decided to forge ahead with the already once-delayed 2020 Tokyo Games despite objections in Japan and abroad, NBCU has had no choice but to follow suit. One of the many looming doubts about coverage of these compromised Games centers on whether the lack of human reactions on the ground will drain some of the enthusiasm from the broadcasts. That could put even more pressure on already-squeezed linear ratings and present issues for newer platforms like Peacock, the NBCU streaming service that is a key part of the mix.

Tokyo Olympics Full TV & Streaming Schedule: How To Watch Everything From Gymnastics To Track & Field, Basketball And Soccer On NBC, Peacock & More – Updated

During the pandemic, sports ratings plunged across the board, in part due to dispiriting aesthetics: cardboard cutouts in the stands and artificial crowd noise pumped in like a sitcom laugh track. It wasn’t just the viewers who were unsettled. A soccer game in an empty stadium “has no soul,” said Bob Bradley, manager of Los Angeles FC last year. NBA star LeBron James, on the eve of the pandemic, famously declared it would be “impossible” to carry on without the masses. “I ain’t playing if I ain’t got the fans in the crowd,” he said. “That’s who I play for.”

At a press event in late June, NBCU Television and Streaming Chairman Mark Lazarus said technology would help the company surmount the inherent awkwardness of empty venues. “Certainly, when you have a full building, the excitement can come through with television,” he conceded in an interview. “But I think we are fortunate to be in 2021 and this millennium, when you can use audio to build energy on television and in buildings.”

NBC Olympics executive producer Molly Solomon said last week the company had already been planning for a fan-free environment. “We’ve created sound-design plans with this in mind,” she said on a press call, noting that athletes also would benefit onsite. “We believe there’s an opportunity to bring viewers closer to the action than ever. And it’s sports like swimming, gymnastics, track, basketball, beach volleyball, you’re going to hear the sounds of the games like you’ve never heard them before — from the thrashing and splashing in the pool to those intimate conversations between competitors and coaches.”

NBC’s long-term Olympic rights deal includes archival material dating back decades. So, sound engineers have pulled reference points from past Olympics. One recent, pre-Covid broadcast offers a clear example of what NBCU is aiming for, Solomon said. At the 2018 Winter Olympics ski events in PyeongChang, American skier Lindsey Vonn was shown at the top of the hill, waiting for the green light. “Viewers could very clearly hear her breathing as she prepared for her runs,” Solomon said. “It was incredibly dramatic, and we plan to access those kinds of sounds and moments in Tokyo.”

Sound specialists with experience in live sports broadcasting told Deadline they are unsure how successful NBCU’s efforts will be, but it will all be in the execution.

The task, for starters, is unprecedented. Unlike sports played in the same cities for decades, where there is a clear sense of crowd dynamics based on key plays or momentum shifts, there are 339 separate events at the Olympics. Different fan contingencies make themselves heard in different ways, at different moments. Some cheers overlap due to separate events happening simultaneously in the same venue. Think track and field, where the long jump coincides with runners circling the track. Gymnastics is similar. Even more crazy-making is the fact that some events have switched from indoor to outdoor venues every four years.

Jerry Steinberg, former SVP of field operations and engineering for Fox Sports, pointed that the Olympics run for two weeks, enabling the orchestration to evolve. “The guys they hire are the best in the country,” he said. As opening ceremonies segue to gymnastics is the first event, “It’ll take a couple of nights for them to get used to it. If you watch the first night and then the next couple of nights, it will sound different.”

As with this month’s coverage of the British Open golf tournament, crews in Stamford, CT and 30 Rock will be able to attack the technical challenge from a remove. In some respects, that can be an advantage.

“You need somebody who can paint a crowd,” audio engineer Andy Strauber said. A live event specialist who also won a sound-mixing Emmy for his work on The West Wing, Strauber said the results last year should give NBCU pause. He gives the NHL high marks but knocks the NBA for not trusting the ambient opportunities of the bubble it set up in Orlando.

“If you have to produce it, you shouldn’t have it,” he said of crowd noise in general. One issue is the great variability in the volume level between competitors and rooting sections from different countries.

“Somebody diving from USA, it’s going to be loud,” he said. “With other divers, it might be a polite clap.”

Steinberg was at Fox as it broke into NFL football and other sports in the 1990s, with an audio style in keeping with the network’s rule-breaking approach overall.

“How do you create an immersive viewing experience? Sound is one of the ways,” he said. Fox helped pioneer the use of parabolic microphones and the miking of players and coaches.

As the network looked to capture ambient or personality-driven sound, ironically, he said, “We were always fighting the ambient noise of 60,000 people.”

Beyond just expert sound mixing and engineering, there will also need to be seamless production work on a higher level, as well as technical direction that avoids gaffes like the ones that popped up in 2020. Massive roars would erupt as the camera panned the empty seats of the stadium. Oops.

But Steinberg says there could also be welcome Lindsey Vonn serendipities, if NBCU’s team is enterprising enough. “What they’ll probably do is you’ll hear stuff that you ordinarily don’t hear,” Steinberg said. NBC’s Sunday Night Football, he noted, took heed of viewer sensitivity around phony crowd noise intruding on the viewing experience.

“They cut back on it, compared to other networks, and they won an Emmy” for Outstanding Live Event Audio/Sound, he said. 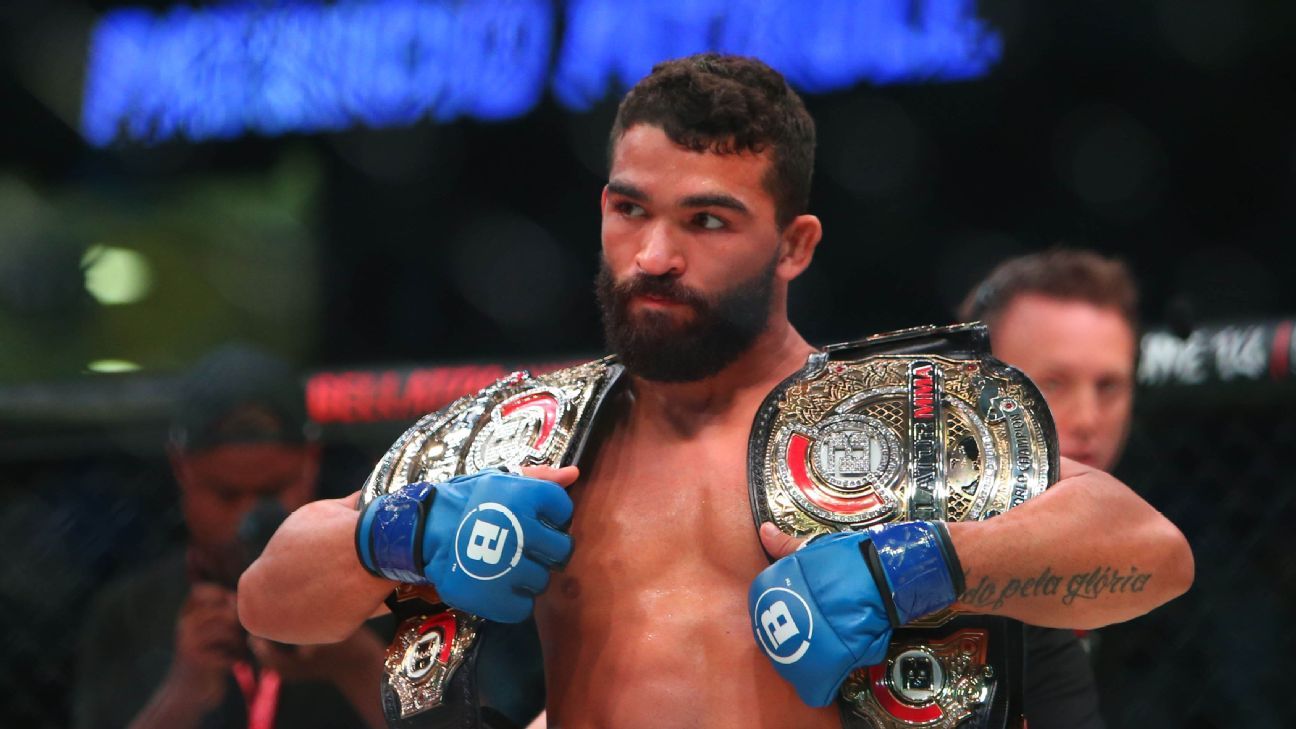 From Kimbo to Cyborg to Pitbull: Looking back at the biggest fights in Bellator history
3 mins ago

From Kimbo to Cyborg to Pitbull: Looking back at the biggest fights in Bellator history 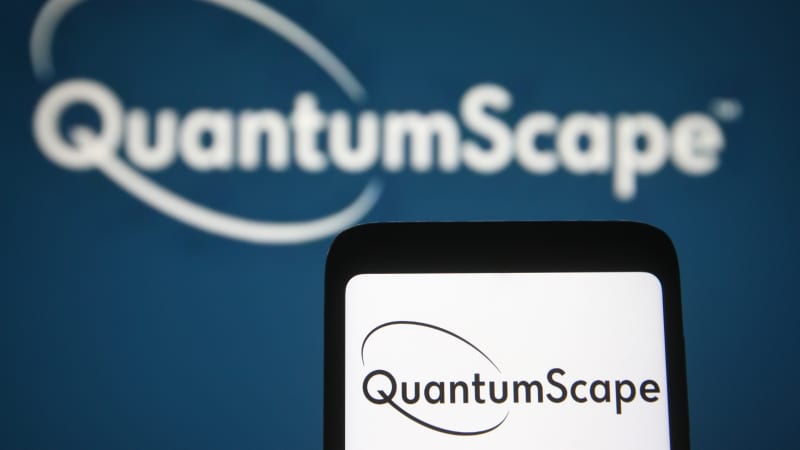