A dear friend of mine once said, “Life turns you into an expert at things you never chose to become an expert at.” This resonates with me a lot as an entrepreneur and mother of two. It’s one of the worst stereotypes these days to see a businesswoman who is also a mother and ask, “How do you do it?” Do men ever get asked that?

The fact of the matter is, female entrepreneurs have a whole different skill set than their male counterparts, and this is out of necessity. Far be it from me to look at this and think that we’re forced, kicking and screaming, to learn to work harder, smarter, and more efficiently than our male peers. In my experience, it’s best to approach the challenges by thinking, this is a gift.

Let’s explore six things that female entrepreneurs know about business and life that men don’t necessarily not know, but can never understand to the degree that women do.

1. Constantly facing challenges makes you better able to overcome them

Entrepreneurs are known as people who, in general, challenge expectations and defy norms. As women entrepreneurs, we’re bucking norms from the start simply by becoming entrepreneurs in the first place. Our businesses are automatically in the minority, because in the business world so are we—there aren’t nearly as many female entrepreneurs as there are male entrepreneurs.

So if you’re launching a business based on an innovative new app, service, or product that is like nothing anyone has seen before, there’s less of a chance that you will be daunted by challenges, because as a woman business owner you’re already breaking new ground merely by coming into the office each morning.

2. You must claim your seat at the table, nobody will give it to you

As a woman, have you ever stepped into a “Boys’ Club”-type environment and wondered, where are all the other women? This is what it can feel like to attend a business networking event, where striking up a conversation that will be taken seriously is an uphill battle. But we female entrepreneurs will not be held back—this barrier to business networking is exactly what makes us good at it. You learn to hold your head up high and speak with authority. You need to be very grounded.

Something that I’m always fascinated by is how women stay strong in situations where they’re so clearly in the minority. To my mind, the strongest, fiercest female entrepreneurs gain their strength from their sense of conviction: conviction in their business and their right to have a seat at the table. This does not come easily, but women learn over time how to stay centered, even when everyone wants to push them over.

3. You must learn to ask for what you want and need

Did you know that raising capital for female-owned businesses is far more difficult than it is for men? Of course you did, because it probably seems obvious. Just as networking is more difficult, so is securing funding, which is key for any new business to get off the ground. Investors tend to invest in those who seem like them in some way, and it’s clear that there are fewer female investors, just as there are fewer female business owners. When an impediment is put in your way, you have to be very clever to get around it.

I always refer to my favorite television show for entrepreneurs, Shark Tank, because we entrepreneurs can learn so much from watching it. One of the key things watching the show can teach you is knowing exactly how much money you need for your business, and then asking for it. As women, we’re often inclined to ask for less than what’s required. Once we have learned that this is a big mistake for anyone who wants to start a business, we’re sure to always speak up with investors to get what we need.

4. Take yourself seriously even when others don’t

In any number of professional situations, there’s a good chance that a female entrepreneur is not going to be taken seriously. So what’s the important lesson we must take away from this? We have to learn to take ourselves seriously first.

Not only is this an amazing skill in business, it’s also an indispensable life skill in general. Men are handed more things in life than we are, and that means that we have to do the extra work to give ourselves those things that we were never provided. This is empowering stuff, so no wonder the most accomplished female entrepreneurs just happen to be some of the most self-assured women you’ll ever meet.

5. Asking for help is a strength, not a weakness

It’s a stereotype that men are more reluctant than women to ask for directions when they’re lost, but there’s a lot of truth to it. Research shows that women go to the doctor before a health problem becomes more serious, are more likely to join a support group when they’re in need, and are quicker to reach out and help others when they see someone else in need. These traits, often misconstrued as weaknesses, are exactly what make women such successful entrepreneurs.

Being an entrepreneur can sometimes feel like reinventing the wheel. There is so much that needs to be learned, and none of it can be done in a vacuum. In order for a person to build something complex from scratch (such as a business from the ground up), support and collaboration are key.

There’s a wealth of knowledge to be learned from hearing the ideas and perspectives of those around you, especially if they’re trusted sources. I’m not saying that men aren’t good at this, but the female brain is wired for collaboration, and there’s so much to be gained from connecting with others as well as asking for—or offering—help when and where it’s needed.

6. You must find a balance between the demands of life and the needs of the self

Last but not least, I’m going to touch upon that stereotype that I mentioned in my introduction. Do I think the female work/life balance problem is solvable? No, because I don’t believe that it’s a problem. Men are seeking work/life balance as much as we are. More than ever, co-parenting is common, and since many of us parents have been working at home for a while, we understand the struggle.

The balance that I’m referring to here is not just finding the time to run your business while raising kids and going to PTA meetings, it’s balancing the demand of work and family life with your own mental and physical health needs.

We’re all going to feel like we’re “losing it” at times. Stress is inherent to not only running a business but also raising a family. It’s common knowledge that women have a greater instinct to find ways to slow down and take care of themselves, despite how challenging that can be when life gets so busy.

Am I saying that male entrepreneurs should take care of themselves in the same way that women do? Not at all. All stereotypes aside, everyone has their own way of practicing better self-care, such as exercising, playing sports, meditating, playing with your pets, or chatting on the phone with a friend. None of these are decidedly female activities. When you find the self-care habit that works best for you, you can carve out a bit of time in your day to focus on your own well-being.

This is why women in business are primed for success

As you can see, women inherently know a lot about what it takes to succeed as an entrepreneur, things that men never had to bother learning. Believe me when I say that none of us pity ourselves for this fact. I for one am grateful that the challenges I’ve faced that have turned me into the strong woman and entrepreneur that I am today.

Meeta Vengapally is founder and CEO of Garnysh and a Top Influencer on social media, where she is a spokesperson for over 700 brands. Follow Meeta on Instagram, read her profile on Forbes, and see her articles and full bio at AllBusiness.com.

This article was originally published on AllBusiness.com. 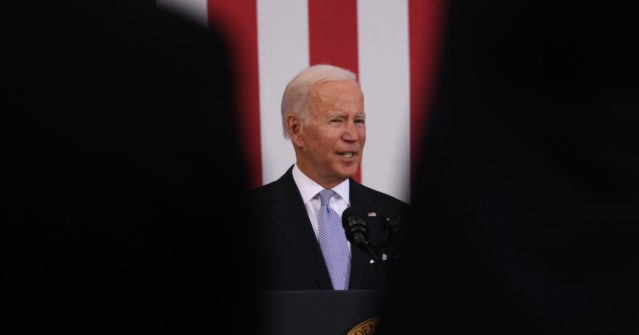 Joe Biden Frustrated in Scranton: ‘This Is the United States of America Dammit!’
4 mins ago 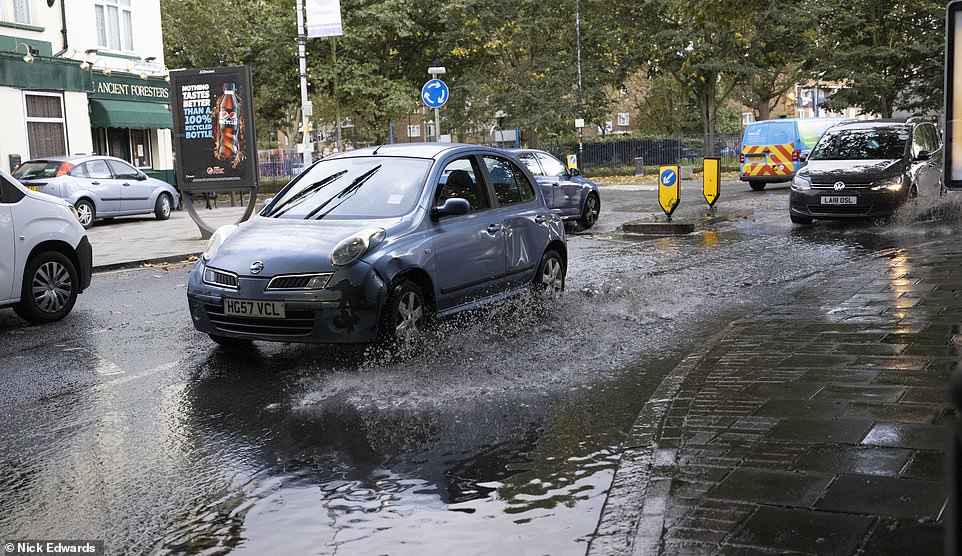 Storm Aurore: Southern Britain is battered by three inches of rain and 45mph gales
5 mins ago