Silvina Moschini, an Argentinian immigrant, became a serial entrepreneur after working in communications at Compaq (as the PR manager for the Latin America and Caribbean Region, then head of international public relations), Patagon (a Latin American dot com hub for financial services, which was sold to Banco Santander Central Hispano for $585 million), and Visa (VP of corporate communications based in the US). After working at a freewheeling startup, she no longer was a fit for the more rigid corporate world and left Visa after a year.

“I became an entrepreneur by understanding that communication is one of the most important factors for business success,” said Moschini. But first, she had to fight her demons, the ones that told her she was a fraud. “I’m not going to make it,” she thought. “I don’t have what it takes to build a business from scratch myself.”

Her confidence now makes it hard to believe there was ever a time when the fear that she was an imposter plagued her. But, her experience shows that if she can do it, you can do it, too.

It was her drive, determination, humility, and the power of her tribe that helped her succeed. “Business is a contact sport!” Moschini exclaimed. “You have to make friends who—when you need a favor—are there for you.” She tapped her tribe—network—and landed Cisco as a client.

“I never take ‘no’ for an answer,” said Moschini. “I never take things personally.” When someone tells her “no,” she comes back with an improved idea. As a result, she’s built a network of trusted relationships who are willing to put their reputations on the line for her.

More than mentors—who advise and provide guidance—her tribe were sponsors. They vouched for her, opened doors, and sometimes went to meetings until the contract was signed.

When Moschini mentors through Vital Voices and Google’s accelerator program, an opportunity to determine if the mentoring relationship should expand to sponsorship.

Moschini wanted to escape the traditional approach to producing services, limiting what you can deliver by the number of people you have on staff. Having worked with tech-enabled firms throughout her career, she knew the power of technology could help her scale her company. “How could technology allow me to run my company more efficiently?” she asked herself.

In 2011 and 2012, for her company—and later for others—she designed a platform that digitized workflow, monitored progress on projects, created timesheets automatically, and centralized processes. Collaboration and project management features were added later. “We saved at least 30% of costs,” said Moschini. “Clients increased their retainers by 50% because they trusted us more and could verify [output].”

“We were able to understand the pulse of the company,” she explained. The analytics provided clients with transparency and increased her team’s productivity. Clients no longer cared where and when the Intuic team worked. They just cared that the work was done. Women, especially those with young children, had the flexibility they needed to stay in the workforce.

Moschini and her partner, Alex Konanykhin, launched TransparentBusiness to sell the platform to other companies. “These capabilities were super early,” she said. They were gaining traction. To attract clients, they formed another company, Yaniki, a platform that provided on-demand talent with the backend analytics of TransparentBusiness to show the productivity of the workers.

It turned out that women were performing a lot better than men. The platform attracted highly skilled women, particularly mothers with young children, who were attracted by the flexibility of working when and where they wanted. One mom told her, “I like working with your company because I can do what I love most but I can be close to the people I love most.”

In 2016, Moschini launched SheWorks!, a digital platform that enables businesses to scale globally with certified remote-ready talent. Through SheWorks!, companies hire top talent, and manage them transparently and collaboratively.

These new businesses required raising capital. When seeking capital, Moschini values people who put their money where their mouth is. Forget people who dole out advice and don’t ante up. “If you really want to help me, give me money and make introductions,” she asserted. “The most challenging problem women entrepreneurs face is access to capital.

Her latest venture, Unicorn Hunters, helps women entrepreneurs who are looking for funding. She’s attracting some big names to help her, including Steve Wozniak, who co-founded Apple, and Rosie Rios, who served as Treasurer of the United States under Obama.

Unicorn Hunters is a business digital streaming series spotlighting emerging growth companies aiming to become unicorns valued at $1 billion or more. The idea is to rally individual investors worldwide to help fund these breakout ventures via investment crowdfunding. Moschini is a huge fan of the JOBS Act and Regulation D, which enable accredited investors, and Regulation Crowdfunding, which enables the average Jane or Joe to invest in companies.

In addition, Moschini is working on a book and a movement called Skirt the Rules to help women build companies worth billions.

How can you build a tribe? Who should be in it?

Should I Mask? Can I Travel? What About Hugs? How Delta Is Changing Advice for the Vaccinated
8 seconds ago J.R. Richard was so much more than a pitcher who lost it all in the blink of an eye
4 mins ago 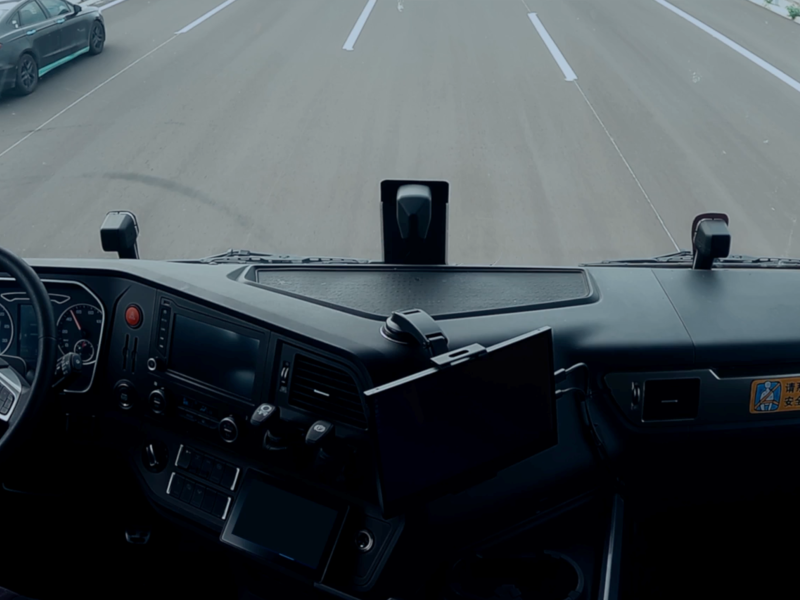 Driverless Plus truck trundles along China highway
6 mins ago