Subscription video-on-demand leader Netflix (NFLX) has hit a soft patch in subscriber growth, and the trend could continue for another couple of quarters. Netflix stock sank Wednesday after the company’s disappointing first-quarter report.

In afternoon trading on the stock market today, Netflix stock fell 7.3%, near 509.50. In a negative sign, Netflix stock dropped below its 50-day and 200-day moving average lines.

Netflix blamed the weaker-than-expected subscriber adds on a “pull forward” of customers last year because of the Covid-19 pandemic. The streaming video service got a huge boost in business starting in early 2020 as consumers stayed home during the health crisis. In the first quarter last year, Netflix added a whopping 15.77 million new subscribers. It then added 10.09 million subscribers in the second quarter of 2020.

Netflix also cited a light content slate in the first quarter, due in part to Covid-related production delays.

“In terms of Q1 performance, it really boils down to Covid, frankly,” Chief Financial Officer Spencer Neumann said on the company’s earnings conference call. The pandemic has created “some short-term kind of choppiness in some of the business trends.”

The pull-in of subscribers in the first half of 2020 has made it “super hard” to forecast quarterly subscriber numbers this year, Neumann said.

While subscriber additions have slowed, churn is down year over year and user engagement is up, Morgan Stanley analyst Benjamin Swinburne noted in a report to clients. He reiterated his overweight, or buy, rating on Netflix stock but cut his price target to 650 from 700.

He upgraded Netflix stock to buy from hold and raised his 12-month price target to 560 from 550.

Netflix is likely to face a three- to nine-month period of tough comparisons vs. last year’s Covid-fueled gains, Devitt said in his note to clients.

Netflix expects subscriber additions to pick up in the second half of the year thanks to a strong content slate. That content includes new seasons of hit series “The Witcher,” “Money Heist,” “Sex Education” and “You.” It also will premiere original movies such as “Red Notice,” starring Gal Gadot, Dwayne Johnson and Ryan Reynolds, and “Don’t Look Up,” starring Leonardo DiCaprio and Jennifer Lawrence.

Its most popular content in the first quarter included TV series “Bridgerton,” “Ginny & Georgia” and “Fate: The Winx Saga.” Hit Netflix movies included “I Care a Lot,” “Yes Day” and “Outside the Wire.”

Is Netflix Stock A Buy As The Streamer Racks Up Awards?

There Is Only One 254-MPH Callaway Sledgehammer, And It’s Up For Auction 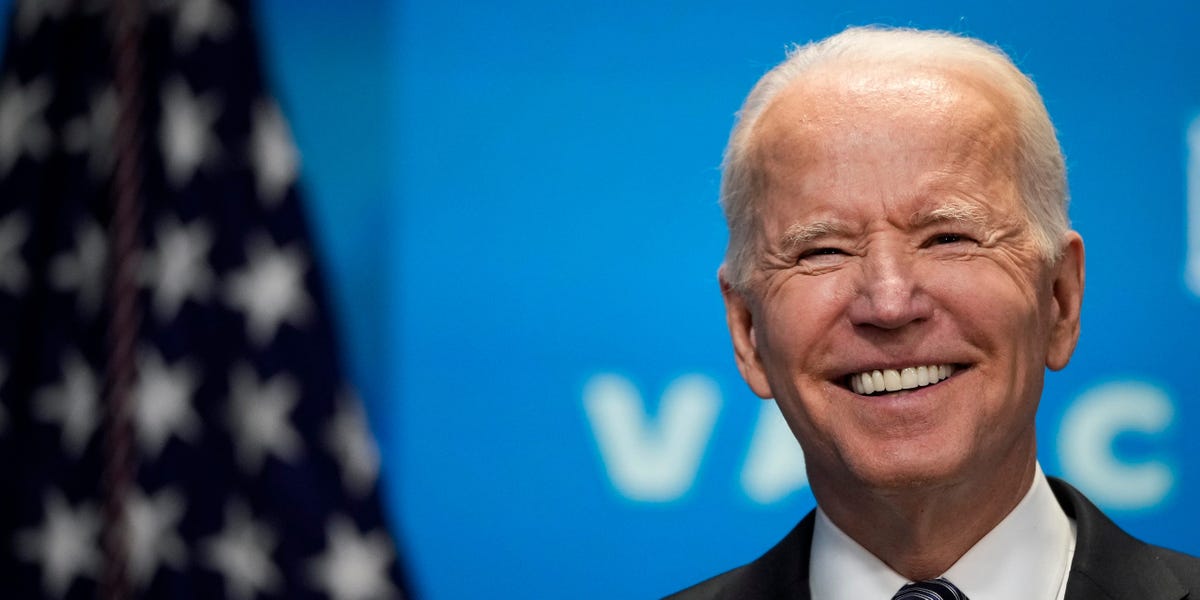 Biden told staff not to serve leafy greens because he didn’t want to be photographed with leaves in his teeth, report says
1 min ago

Biden told staff not to serve leafy greens because he didn’t want to be photographed with leaves in his teeth, report says

Ludacris’ Wife Eudoxie Reveals They Are Expecting Another Baby!
3 mins ago

Ludacris’ Wife Eudoxie Reveals They Are Expecting Another Baby!

New study reveals where memories of familiar places are stored in the brain: Researchers reveal three brain areas that bridge the brain’s perception and memory systems
5 mins ago

New study reveals where memories of familiar places are stored in the brain: Researchers reveal three brain areas that bridge the brain’s perception and memory systems

The Best Smart Alarm Clocks to Get You Out of Bed