Since the financial crisis in 2008, the Federal Reserve has embarked on the most accommodative monetary policy in its history. Between low interest rates and quantitative easing — known as QE — the Fed has never done so much to encourage investment and lending for so long.

Those policies are designed to lower unemployment and help ordinary Americans, but in her new book, “Engine of Inequality, The Fed and the Future of Wealth in America,” Federal Financial Analytics managing partner Karen Petrou argues the central bank is actually doing more harm than good.

Petrou is justly renowned for her encyclopedic knowledge of financial regulations, having advised a wide range of corporate and institutional clients for decades on the impact of regulations on financial institutions and markets. Given that pedigree, one might be surprised that the subject of this passionate book is the growing economic inequality in the United States and what financial regulators should do about it.

Her central argument — that the Federal Reserve’s accommodative policies are driving, rather than ameliorating, worsening economic inequality — is one that the Fed has heard before and consistently denied. The last three leaders of the Federal Reserve — Ben Bernanke, Janet Yellen and Jerome Powell — have each argued that monetary policy has little more than a glancing impact on economic inequality. What is more, they say, the distribution of income and wealth is a matter for Congress, not the Fed.

That deflection is wearing thin, Petrou argues, because the increasing gap between rich and poor has become difficult to ignore. The public is increasingly demanding that virtually every economic policy be reconsidered through an inequality lens. The Fed, despite its protestations, may be a bigger part of the problem than it wants to admit.

The Fed launched its ultra-accommodative QE policy in 2008 — an emergency response to help the economy climb out of the financial crisis. The policy combines near-zero interest rates with the Fed’s active acquisition of assets like agency-backed mortgage-backed securities and other government debt.

QE was expected to end by 2013, but it has continued through the decade and expanded aggressively during the COVID-19 pandemic. The Fed’s balance sheet has grown from about $800 billion before 2008 to $7.7 trillion in March 2021, and inflation-adjusted interest rates have remained exceptionally low — and often negative — for most of the decade.

What has this unconventional monetary policy accomplished? The Fed’s hope was that ultralow interest rates would lead to increased borrowing for consumption and investment and boost aggregate demand, restore sustainable growth and increase inflation to the target 2% level. There is some evidence that the first round of QE did boost spending, the policy as a whole hasn’t had much impact on aggregate demand, sustainable growth rate or inflation.

Her analysis requires a reconsideration of several widely held assumptions about the distribution of income and wealth in the United States. Many of us believe that the United States offers unparalleled opportunities for economic advancement and upward social mobility. But data indicates that this is less true now than it used to be, and that compared with other advanced economies, the odds of a low-income family advancing to the middle class are worse here than in several other places.

We also like to believe that those with low-paying jobs only occupy those jobs temporarily, either because they are just starting their careers or perhaps are down on their luck. We celebrate rags-to-riches stories. But the more typical story is rags to more rags and riches to ever-greater wealth.

We tend to believe the United States remains a predominantly middle-class society. But Petrou shows that the economic power of the middle class has been declining for decades, with a growing proportion of the population trapped in economically precarious conditions, living paycheck to paycheck and mired in debt.

Petrou does not lay the entirety of the United States’ inequality problem at the Federal Reserve’s feet. She readily admits that a wide range of factors such as globalization, the decline in unionization, labor-saving technology, lower educational achievement and increasing drug addiction are important factors over which the Fed has no control.

But neither can those other factors offer a credible explanation for why economic inequality has deteriorated so markedly over the last decade. This motivates her indictment of Fed policy as an engine of inequality, a factor notably absent from the conventional wisdom explaining our worsening inequality. She has similar critiques of the Fed’s regulatory policies as well, but in my view her analysis of monetary policy is most compelling.

Ultra-accommodative monetary policy has driven up asset prices — values of securities, stocks, homes, almost everything — and that undeniable observation brings with it a corollary observation: Assets are held by the wealthy, and they buy more assets with their growing wealth.

At the end of 2020 — a year in which real GDP fell by 3.5% — U.S. households’ net worth rose to a record $130.2 trillion, primarily a reflection of a booming stock market. But that wealth accrued mainly to upper-income households with a relatively low propensity to spend, and so it failed to trickle down sufficiently to stimulate aggregate demand or encourage investment in productive assets.

Lower-income households came into this economy with few assets and little savings. Of course, QE has reduced the cost of borrowing, but this mostly fueled a boom in refinancing — more savings to wealthy households with large mortgages. Moreover, lower-income households often don’t benefit from lower-cost consumer loans because they cannot qualify.

And then there are the Fed’s liquidity interventions. Several times over the past decade the Fed has acted to boost liquidity when equity markets turn down. Perhaps the most dramatic example is the 2013 “taper tantrum,” where then-Fed Chair Bernanke sent global financial markets into a frenzy by hinting that the Fed might reduce QE.

The Fed acted quickly to reassure markets that QE would continue, and the Fed’s balance sheet ratcheted up again. Markets stabilized and soon continued their upward ascent. This episode revealed how dependent share prices had become on the continuation of ultra-accommodative monetary policy and what appeared to be the Fed’s willingness to support them.

Moreover, Petrou argues this perception of an implicit Fed backstop has encouraged some market participants to take greater risks than they otherwise would, rendering the financial system more vulnerable to crisis. Petrou regards the massive Fed liquidity support during 2020 to borrowers that had never had direct access to the safety net as an indication of the increasing fragility of financial markets and as an implicit acknowledgment of the diminished role of banks in the financial system.

More fundamentally, Petrou argues the Fed has been formulating policy based on misleading analysis of the data. The Fed has failed to learn the lesson of the hapless statistician who drowned in a pond with an average depth of 1 inch: An average may obscure crucial differences within the aggregate.

Petrou argues that the Fed’s failure to take account of increasing economic inequality means that policy based on the simplifying assumption of a representative agent will not work as expected. Once the middle class is hollowed out, much greater attention needs to be placed on distributional effects. She also criticizes the Fed’s measure of inflation as unrelated to the inflation many Americans face in their daily lives and, as the Fed has recently admitted, the headline measure of unemployment understates the magnitude of problems facing workers.

Although the Fed regularly acknowledges its obligation to try to achieve maximum employment and price stability, Petrou stresses the Fed has neglected the third legislative mandate to maintain moderate interest rates. Indeed, it is difficult to find an acknowledgment of this mandate in Fed statements.

Some economists would argue that Petrou overemphasizes the Fed’s ability to set interest rates in an era of secular stagnation when the equilibrium real interest rate is at or below zero. Even then, it is not obvious that doubling down on QE is the right policy. It may simply generate an overhang of excessive debt that will lead to increasingly overleveraged balance sheets that will inevitably increase our vulnerability to a crisis and exacerbate deflationary pressures. Of course, many economists reject the secular stagnation hypothesis and believe that it should be possible to restore more normal economic and financial conditions.

Although Petrou has made an important contribution in describing the Fed’s role in exacerbating economic inequality, to her credit, she details policy reforms that are not only designed to eliminate the Fed’s role in worsening inequality, but that might enable it to reduce inequality. These proposals range from organizational changes at the Fed to greater emphasis on functional regulation, introduction of a digital dollar and establishment of an Equality Bank charter.

But those reforms cannot substitute for policies to address other underlying causes of inequality. The Fed has a role to play, and that role has been insufficiently acknowledged. But Petrou rightly points out that economic inequality is not solely the Fed’s problem to solve. More fundamental solutions will require significant backing from the administration and Congress, and will take many years to bear fruit. The reforms she proposes for the Fed, by contrast, can be accomplished relatively rapidly.

Petrou’s analysis is important and her proposals for reforms at the Fed open a crucial debate on how to foster a more equitable financial system that will benefit all Americans. This debate is long overdue. 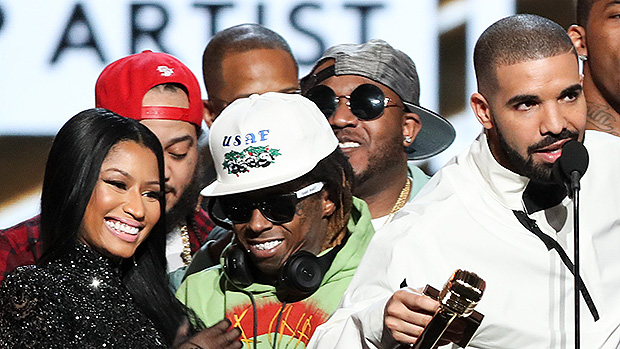 Elon Musk Just Discovered How Much Energy Is Used by Bitcoin. It’s Not Good
1 min ago

Elon Musk Just Discovered How Much Energy Is Used by Bitcoin. It’s Not Good

Cancer has ripple effect on distant tissues: Study in zebrafish examines how tumors alter whole-body metabolism at the molecular level
2 mins ago

Cancer has ripple effect on distant tissues: Study in zebrafish examines how tumors alter whole-body metabolism at the molecular level 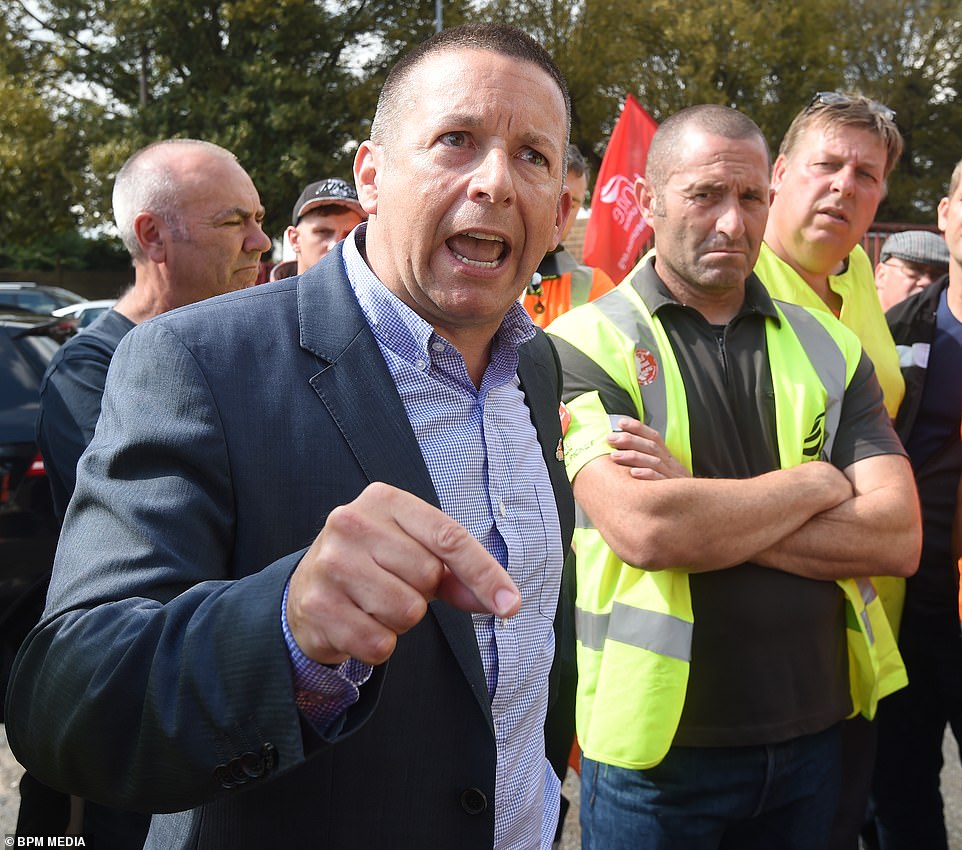