Deal Island is disappearing beneath the Chesapeake Bay from the inside out.

The water is rising faster than the island’s coastal marshes can replenish themselves, a process driven by climate change and land subsidence. Its mucky shorelines remain relatively intact, though. When tides sweep across the low-lying terrain, that’s where sediment tends to settle, firming up the terra firma.

The trouble is farther inland. Cut off from the influx of sediment, the interior of the marsh can’t raise its elevation. After a while, the frequent flooding devastates the meadows of salt-adapted grasses and other plants. The bare earth collapses, creating a pond. Over time, the water spreads into the surrounding marsh, and another piece of the island is gone forever.

A scientific analysis of aerial photographs taken between 2009 and 2017 shows that parts of Deal Island, located in the Bay off Maryland’s Eastern Shore, are rapidly converting from marshland to open water. “It’s only an eight-year gap, but you can see some of the areas are degrading pretty fast,” said Man Qi, a member of a George Washington University team studying the island’s marshes.

Qi and her colleagues believe they have unlocked a mystery of the marsh at Deal Island that could help save it from sea level rise. The key is the marsh itself — how it responds to the barrage of incoming tides.

The U.S. Army Corps of Engineers says it is already using the group’s findings to modify a long-planned marsh restoration project on the island. But the scientists hope their research will help preserve other vulnerable marshes across the Chesapeake — before it’s too late.

Tidal marshes are one of the Chesapeake region’s most recognizable landscapes. Together, they cover about 282,000 acres, an area larger than New York City.

Most stand in a vast swath between Dorchester County, MD, and Accomack County, VA, on the Bay’s Eastern Shore.

Straddling the divide between land and water, marshes play several important ecological roles. They nurture a wide variety of birds, including waterfowl, and serve as the home for two rare species, the black rail and saltmarsh sparrow. They are the nursery grounds for crabs and several fish species. They filter nutrient and sediment pollution. And they can act as a buffer against storm surges, shielding coastal communities from damage.

Deal Island, population 350, has a close relationship with the water. The Somerset County village is the home port for many Bay watermen and hosts an annual skipjack race that dates back more than 60 years.

As recently as the 1990s, there were few signs that Deal Island’s marshes were drowning. Studies conducted in 1994 and 1998 showed little change in the island’s total marsh area, apart from some erosion along the western shoreline, which faces the Chesapeake’s busy shipping corridor.

But that’s no longer the case, said Keryn Gedan, a coastal ecologist with George Washington University and co-author on the Deal Island study. “The whole area is getting rapidly wetter,” she said.

Like many coastal marshes in the region, those on Deal Island are failing to keep pace with rising water. Measurements taken by the Maryland Department of Natural Resources and Chesapeake Bay National Estuarine Research Reserve between 2011 and 2018 show that water levels around the island rose almost twice as fast as the marsh elevations: The water rose about a quarter inch during a typical year in that span, but the marsh elevation only increased at an average rate of one-eighth inch per year.

The National Wildlife Federation in 2008 conducted a wide-ranging analysis of sea level rise scenarios on various habitats around the Chesapeake. It found that along the shores of Tangier Sound, where Deal Island resides, about 85% of tidal swamps and brackish marshes are poised to disappear if seas rise 27 inches by 2100.

For Qi, the Deal Island research was a test of mental and physical endurance.

During the course of the study, she trained herself to spot plant species from the subtle color differences in marsh vegetation that could be observed through aerial photography.

Then came the days filled with slogging through the marshland in cumbersome chest waders, making sure that what she and Gedan saw in the photos matched what was happening on the ground. More than once, a quick leap over a ditch would lead to a foot stuck deep down in the muck.

“In places, [wading] is very easy where the peat is pretty strong, but it can also be pretty precarious where it’s hummocky,” Gedan recalled. “There are some places where the marsh is just disintegrating beneath your feet and you just punch through.”

Zeroing in on six pond sites, Qi, a post-doctoral student at the time, began noticing an important trend in the marsh’s degeneration.

Before the land gave way to open water, the marsh would often abound with less-flood-tolerant plant species, such as Spartina patens, Distichlis spicata and Iva frutescens. But as conditions got wetter, they were replaced by plant life that could withstand more flooding, such as Juncus roemerianus, Schoenoplectus americanus and Spartina alterniflora.

“We found by looking at the vegetation, you can predict that the ponds are coming,” Gedan said.

That finding could help land managers in the Chesapeake region identify waning marshland and take measures to shore it up before it goes under water, she said. Getting an early jump on restoration is critical because the conversion from marsh to pond can happen quickly. All of the ponds in the George Washington study formed between 2005 and 2015.

The study was published in December in the journal Limnology and Oceanography.

Their research is already playing a role in the efforts to preserve marshes on Deal Island and elsewhere.

When the U.S. Army Corps of Engineers dredges the shipping channels leading to Baltimore, Maryland’s largest port, the spoil is used to expand Poplar Island in Talbot County as a haven for birds and other wildlife. But what of the state’s second-largest port at Salisbury? No such “beneficial use” has been employed for the periodic dredging of the Wicomico River.

The idea to pipe the dredged material 12 miles south to Deal Island pre-dated the publication of the George Washington study, said Danielle Szimanski, the Army Corps’ project manager. The Corps went on the hunt for a new place to put the material after the previous site it used was no longer available.

But the research team’s work will help show where the muddy material is needed most on Deal Island. And there will be plenty of it: 130,000 cubic yards to be spread across 72 acres of wetlands in the Deal Island Wildlife Management Area.

“It’s one of those things where the stars aligned,” Szimanski said.

The $5 million project will raise the marsh’s average elevation from 2.3 feet above sea level to 3.5. The restored portions represent a fraction of the 13,000-acre wildlife management area, but the extra height should protect them from sea level rise for decades to come, Szimanski said.

The project is scheduled to take place from October this year to February 2022.

In the meantime, Qi, now a lecturer at the Central China Normal University in Wuhan, is working remotely as she continues her Chesapeake marsh research with Gedan. They are turning northward to southern Dorchester County, where the Audubon Mid-Atlantic is leading a restoration effort at a 700-acre sanctuary called Farm Creek Marsh.

In 2018, the group extended an existing tidal creek toward an area of drowned marsh, seeking to drain the water and encourage the marsh to recover. But it didn’t work as well as they’d hoped, said David Curson, the chapter’s director of bird conservation. The pond stayed about the same 20 acres in size. Perhaps the creek wasn’t dug wide enough, Curson speculated.

Extending creeks toward wet areas holds promise, Qi and Gedan found at Deal Island. Their study showed that areas closer to creeks tended to gather the types of marsh plants that prefer less water. The researchers believe that the creeks wash in sediment during floods, which settles onto the ground afterward, leaving higher ground. They are monitoring transplanted marsh plants at the Farm Creek site to see how they respond to the creek project.

Audubon’s goal is to increase the amount of habitat for saltmarsh sparrows, which are struggling to nest in the area because of the frequent flooding, Curson said.

“If we want to facilitate the transition to a healthy marsh fairly quickly, we need to intervene,” Curson said. “It’s like we almost have to play gods a little bit to correct our mistakes.”

It’s opening night, but our NBA experts are already making their championship picks
2 seconds ago

It’s opening night, but our NBA experts are already making their championship picks

Your Guide to Car Vacuums
1 min ago

Your Guide to Car Vacuums 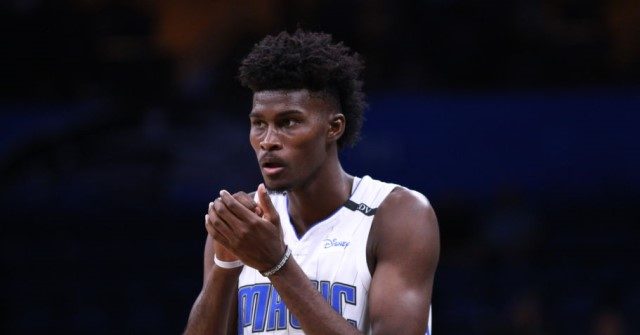