The clouds of vapor in Katrina Randolph’s salon that lingered after she and her stylists worked on customers’ hair in tight quarters all day made her uneasy.

“I knew we were inhaling everything that we’re using during the day,” Randolph, owner of Tré Shadez Hair Studio in Capitol Heights, Maryland, told EHN. “Even when we would turn on the vent, or the AC, it wouldn’t calm it totally down.”

After looking into the health effects of common chemicals in salon products, she upgraded her salon’s ventilation system and started making hair oils out of essential oils.

“There’s definitely not enough information out there for us” to stay safe, she said. Randolph is one of almost two dozen Maryland hairdressers who took part in a recent pilot study looking at phthalate exposure for hairdressers. The study, published last month in Environmental Science and Technology, found that levels of metabolites—substances formed from the breakdown of chemicals—for one kind of phthalate were 10 times higher amongst Black and Latinx hairstylists than in Black and Latinx office workers.

“It’s really concerning because a lot of hairdressers are reproductive-age women,” Dr. Susan Schantz, a neurotoxicologist and professor emerita at the University of Illinois Urbana-Champaign, told EHN. “And there’s lots of research out there to suggest that there are risks from prenatal exposure to phthalates.”

The new study, the first of its kind to look at phthalate exposure for U.S. hairdressers, adds to a growing body of evidence that women of color—particularly Black women—are disproportionately exposed to phthalates and other dangerous chemicals from hair care products. It also highlights the need to better regulate what kinds of chemicals are in personal care products, experts and advocates say.

“We have to have a baseline of stronger regulation,” Dr. Nicole Acevedo, an environmental health scientist who works as a sustainability and safety consultant for the beauty industry, told EHN. “We have to level the playing field, so that everyone at least starts on the same foot around chemical safety.”

Researchers found hairdressers who performed certain services, like chemical straightening, bleaching, and Brazilian blowouts, had almost double the phthalate levels of those who did not. (Credit: Elvert Barnes/flickr)

Phthalates were first developed in the 1920s to make plastics like PVC more malleable and durable. Today, they’re found in everything from flooring to toys to food packaging. The chemicals are commonly used by cosmetics and hair care product manufacturers to make fragrances and colors last longer, and to make hair more flexible after product is applied, among other uses. “It’s impossible to avoid them,” said Schantz.

Phthalates from plastics can leach out into the environment, while their counterparts in beauty products can be inhaled or absorbed through our skin. Phthalates are endocrine disruptors— meaning they alter the proper functioning of people’s hormones. Pregnant women are considered especially at-risk, with studies showing that prenatal phthalate exposure could affect everything from information processing in infants to altering how children’s reproductive systems develop.

Dr. Lesliam Quirós-Alcalá, an assistant professor at the Maryland Institute for Applied Environmental Health, said the inspiration for the hairdresser pilot study came from knowing that, in addition to using more hair products, Black women and other women of color also have elevated levels of phthalates in their blood.

Quirós-Alcalá and the other researchers compared metabolite levels for nine different kinds of phthalates in a group of Black and Latinx hairdressers after they finished their shifts to those in a racially similar group of office workers. They found that the hairdressers had elevated levels of six different kinds of phthalate metabolites compared to both the office workers and to the general population as reported in past studies. “This is enough to tell me we need to study this further,” Quirós-Alcalá told EHN, stressing the small sample size of the study.

The researchers also found that hairdressers who performed certain services, like chemical straightening, bleaching, and Brazilian blowouts, had almost double the phthalate levels of those who did not. Black women use a wider variety and greater quantity of hair care products than white women, and are also more likely to have their hair chemically straightened. (Credit: The home of Fixers/flickr)

For centuries, Black women in the U.S. have faced pressure to straighten their hair and lighten their skin to conform with European beauty standards. Some Black women also use hair relaxers on their hair, and that of their children, for easier maintenance. Rose Hoeppner, CEO of the natural skincare line Midori Family, said that Black people are exposed to toxics in common personal care products from childhood on.

“People think ‘oh, I’m just using this on my skin, it’s not going to go anywhere,'” Hoeppner, who is Black, told EHN. “But down the line…they start having health issues.”

Black women use a wider variety and greater quantity of hair care products than white women, and are also more likely to have their hair chemically straightened. There’s also mounting evidence to suggest that hair care products marketed to Black women, like hair relaxers, could be less safe. Researchers have found, for example, that African-American and African-Caribbean women are more likely to use hair care products containing hormones and hormone-mimicking compounds than white women. And a 2016 review from the Environmental Working Group of its Skin Deep database, which contains safety information on ingredients in thousands of personal care products, found that fewer of the products marketed to Black women are “low risk.”

That’s in part because many of these products contain fragrances without listed ingredients, which can be “one place for phthalates to hide,” Carla Burns, senior healthy living science analyst with EWG, told EHN.

Phthalates are far from the only toxic chemical that hair stylists are exposed to. Last week, a group of salon workers petitioned the FDA to ban formaldehyde, a known-carcinogen, from hair straighteners. “It’s not something anyone needs to be breathing in,” said Burns, “But it’s particularly of concern for salon workers who are breathing that in for multiple hours a day, multiple days a week, all throughout the year.”

Pushing to better regulate phthalates and other endocrine disruptors Cosmetic and personal care companies have started to phase out some of the most toxic phthalates from their products, according to Burns. But experts say that the way the U.S. regulates phthalates and other endocrine-disrupting chemicals needs to be overhauled.

While the FDA technically regulates cosmetics, the agency does not approve personal care products—or their ingredients—before they go to market. And while manufacturers are required to label product ingredients, they don’t have to label ingredients for products designed specifically for salons.

“If they can’t really require any kind of approval of cosmetic products, if they can’t keep them off the market beforehand, and if they can’t order recalls that are mandatory of products that are hazardous, then what can they really do?” Ken Rumelt, a former senior attorney at the Vermont Law School who is now with Morgan and Morgan, told EHN. “Their hands are tied.”

States have stepped in. Last year, California passed a landmark law, known as the “Toxic-Free Cosmetic Act,” which bans 24 ingredients—including two kinds of phthalates—from personal care products. (Critics have pointed out that some of the ingredients, though, have already been phased out by industry.) Maryland passed a similar law earlier this month.

There are also signs that federal change could be coming. Last week, Senators Diane Feinstein (D-CA) and Susan Collins (R-ME) introduced a bill to ban PFAS chemicals from cosmetics after a study showed that the toxics were rampant in makeup. “From a chemical regulation standpoint, the story of (PFAS) has been so amazing to watch, because it’s never happened before, where we’ve seen a large push to actually classify and regulate an entire class of chemicals,” Acevedo said.

Some experts, like Birnbaum, would like to see this class-based approach applied to how we regulate phthalates. That’s in part because current chemical regulations look at safety on a “compound by compound” approach. “We’re not exposed to one chemical, or even one class of chemical, at a time,” she said.

Schantz, the University of Illinois researcher, said she’s working with Sen. Feinstein on a bill to ban phthalates from food packaging.

Birnbaum and Quirós-Alcalá both say the new pilot study points to the need for more research on how hairdressers’ work could put them more at risk for phthalate exposure.

Until hair care products are guaranteed to be safe for customers and salon workers, Maryland salon owner Katrina Randolph said the state boards that oversee the industry need to ensure that salons have adequate ventilation. She’s trying to convince her daughter, who recently became a hair stylist, to switch to only doing treatments that use less-toxic chemicals.

“She just mentioned to me ‘I think I’m going to have to retire from doing hair,'” because of breathing problems, said Randolph. 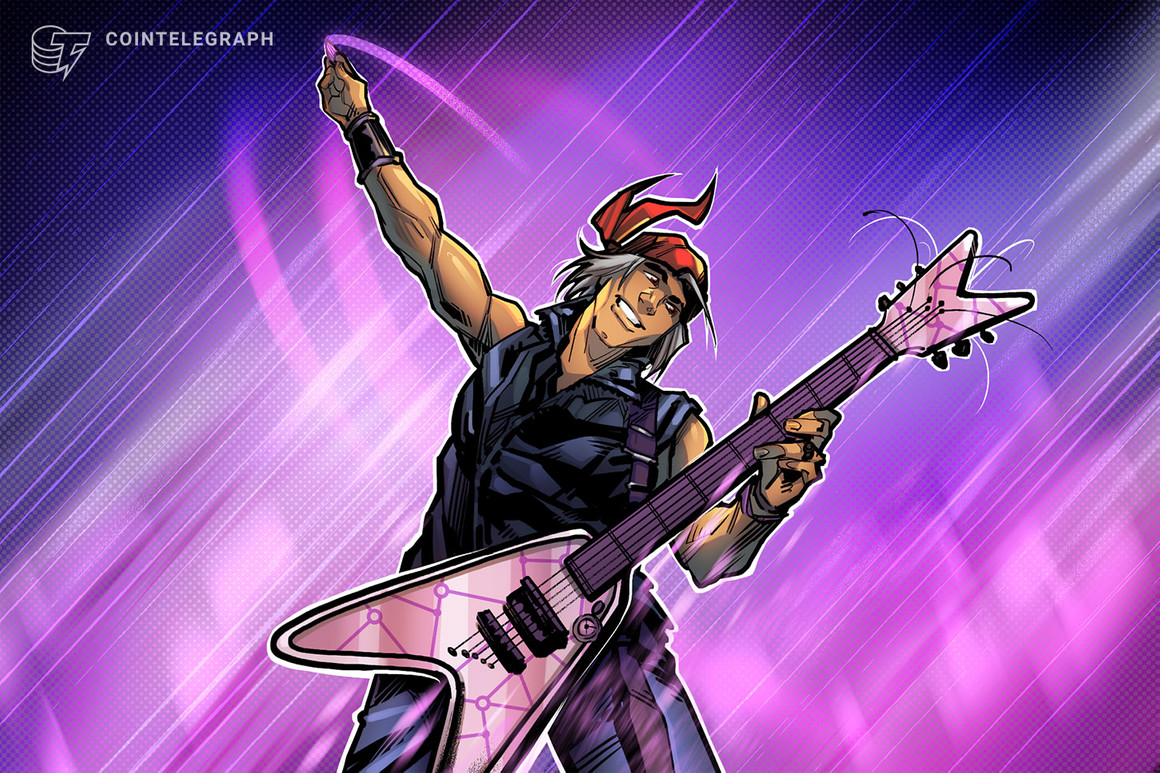 NFTs are a game changer for independent artists and musicians

Get the shot, start for the Vikings, it’s that simple
4 mins ago

Get the shot, start for the Vikings, it’s that simple 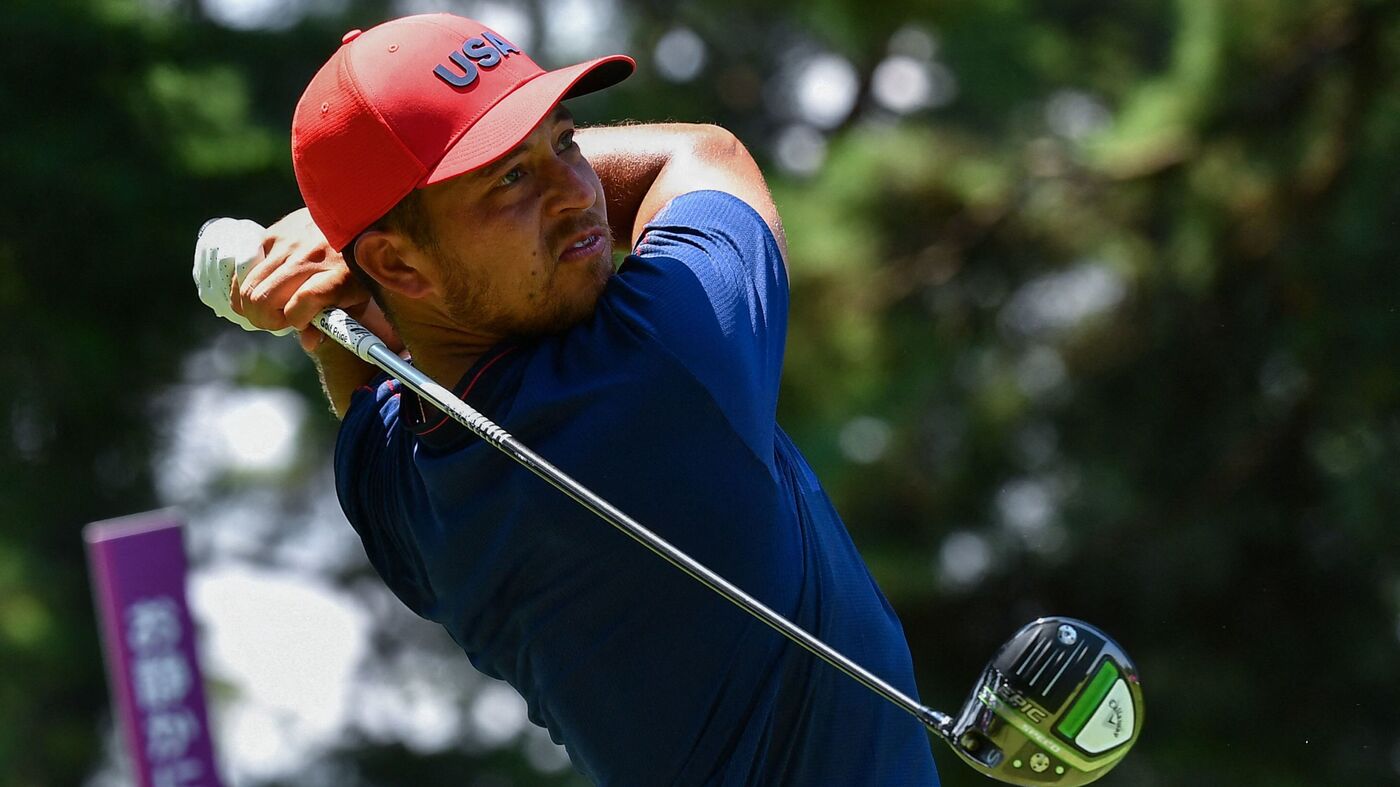