Researchers in Germany and the United States have conducted a study showing that supplementing dexamethasone treatment with Ceylon cinnamon in cases of coronavirus disease 2019 (COVID-19) may allow dexamethasone to be administered at lower doses, thereby avoiding the side effects that occur with high doses of the steroid.

While the corticosteroid dexamethasone is an effective treatment for moderate-to-severe COVID-19, it can cause unwanted side effects such as steroid psychosis, hyperglycemia, and secondary bacterial pneumonia due to immunosuppression.

Now, a team from the Max Planck Institute for Chemistry in Mainz, the University of Witten in Wuppertal and the Angiogenesis Foundation in Cambridge, Massachusetts, has shown Ceylon cinnamon and its major compound cinnamaldehyde can dampen inflammation via a pathway that is distinct from that of dexamethasone.

Kurt Lucas and colleagues suggest that the two compounds may have synergistic effects when administered concomitantly that would allow dexamethasone to be administered at lower doses.

However, the researchers say that to the best of their knowledge, no studies investigating the use of cinnamon alone or in combination with dexamethasone in the treatment of COVID-19 have been published to date.

“Clinical studies are therefore needed before the treatment of COVID-19 patients with cinnamon, or its compounds can be recommended,” they write.

A pre-print version of the research paper is available on the bioRxiv* server, while the article undergoes peer review.

More about the inflammatory responses that occur with COVID-19

The long-term effects of the acute inflammatory responses that can occur with COVID-19 include neurological disturbances, chronic fatigue and myocardial disorders.

The excessive immune reactions that can lead to these complications are often referred to as the “cytokine storm.” 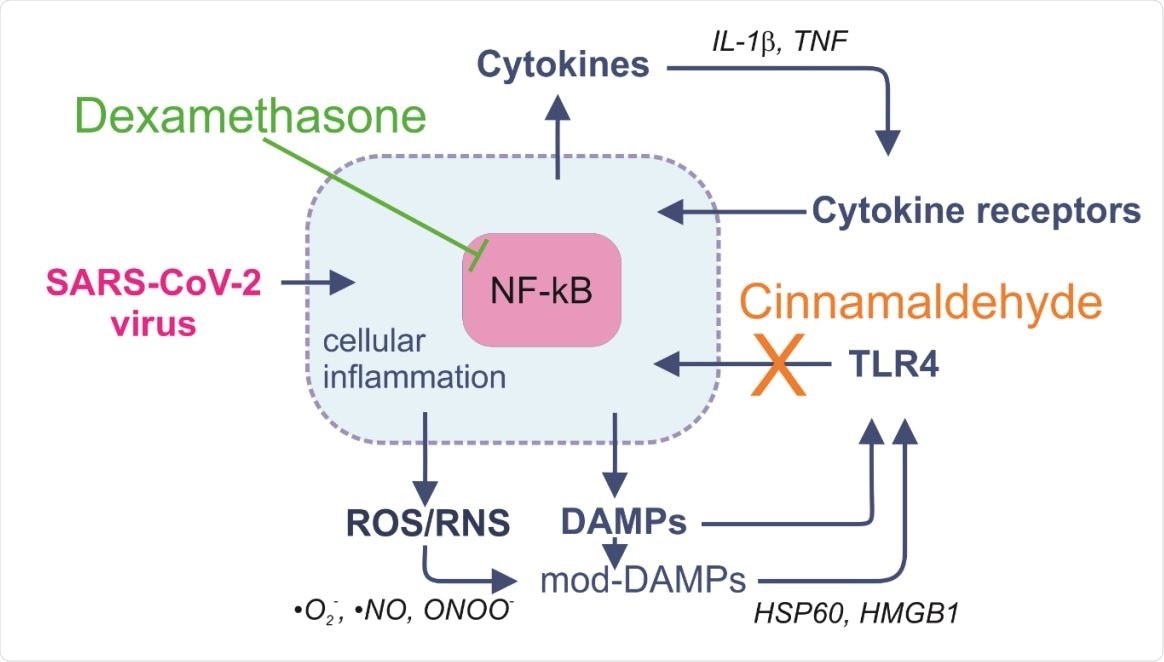 Dexamethasone can limit inflammation by inhibiting the activation of NF-κB. However, corticosteroids are well known for their unwanted side effects such as steroid psychosis, hyperglycemia (particularly in diabetic patients), and secondary bacterial pneumonia or invasive fungal infection due to immunosuppression.

Where does cinnamon come in?

“Cinnamon has been used as a medicine for thousands of years in traditional medical practices and its anti-inflammatory effects are well documented,” says Lucas and colleagues. “The inhibition of TLR4 dimerization, in particular, is an important anti-inflammatory mechanism.”

The team hypothesized that Ceylon cinnamon (CCE) or its major compound cinnamaldehyde (CA) could be a useful supplementary treatment in COVID-19 for reducing the cytokine storm risk and allowing reduced doses of dexamethasone.

The researchers compared the effectiveness of CCE, CA and dexamethasone at suppressing the messenger RNA (mRNA) production of the TLR4-dependent cytokines IL-1β, IL-8, and TNF in vitro.

After two hours, the cells were challenged with 50 ng/mL lipopolysaccharide (LPS) and incubated for a further one to four hours. mRNA was then isolated and quantified by quantitative polymerase chain reaction.

The expression of cytokine genes was drastically inhibited by CCE

Treatment with 0.3% CCE drastically inhibited LPS-stimulated increases in the mRNA expression of all three cytokines after just one hour, while the ethanol concentrations had no impact on gene expression.

The inhibitory effects of 3.2 µm and 6.4 µm dexamethasone were not as strong as CCE after one hour but were similar to CCE after four hours.

The CA also showed a clear dose-dependence in reducing the mRNA expression of all three cytokines.

The effect of 30 µm CA on IL-1β and TNF expression was comparable to that of CCE, but the effect was less pronounced for IL-8.

“Overall, whole CCE seems to be more efficient than CA at suppressing the mRNA expression of inflammatory genes,” write the researchers. “Taken together, CCE and CA can dampen the activation of TLR4-dependent pathways during inflammation.”

What were the effects on angiogenesis?

Reactive angiogenesis is another complication that occurs in cases of COVID-19. The researchers, therefore, carried out a tube formation assay in HUVEC cells – a common model for angiogenesis – to determine whether CCE can also mitigate this complication.

In contrast to controls, 0.1% CCE attenuated tube formation after 3.5 hours, whereas 0.5% and 1.0% CCE elicited cytotoxic effects.

A combination treatment would likely have synergistic effect

The researchers say that unlike dexamethasone, which inhibits the activity of NF-κB, cinnamon can suppress the secondary activation of TLR4 by DAMPs.

Since the two compounds dampen inflammation via distinct pathways, they are likely to have synergistic effects when administered concomitantly, says the team.

Lucas and colleagues say that future studies may pave the way for clinical studies of cinnamon derivatives for the treatment of COVID-19.

“Our results suggest that intake of Ceylon cinnamon in combination with dexamethasone may prevent the ‘cytokine storm’ and help reduce the dosage of dexamethasone to mitigate its side effects,” they write. “Preliminary results also indicate that cinnamon may reduce angiogenesis.”

The Subscription Buffet May Be Over
2 mins ago 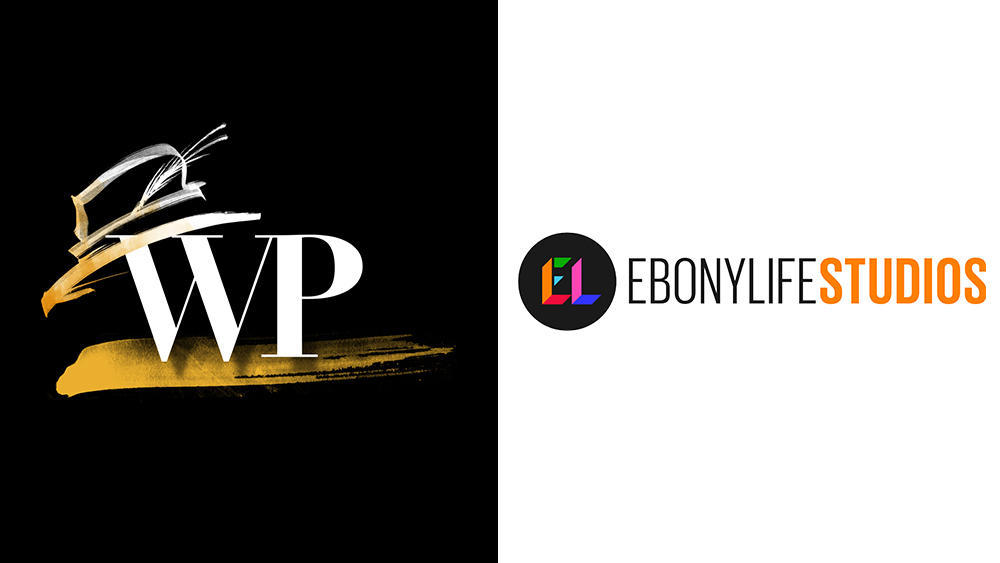 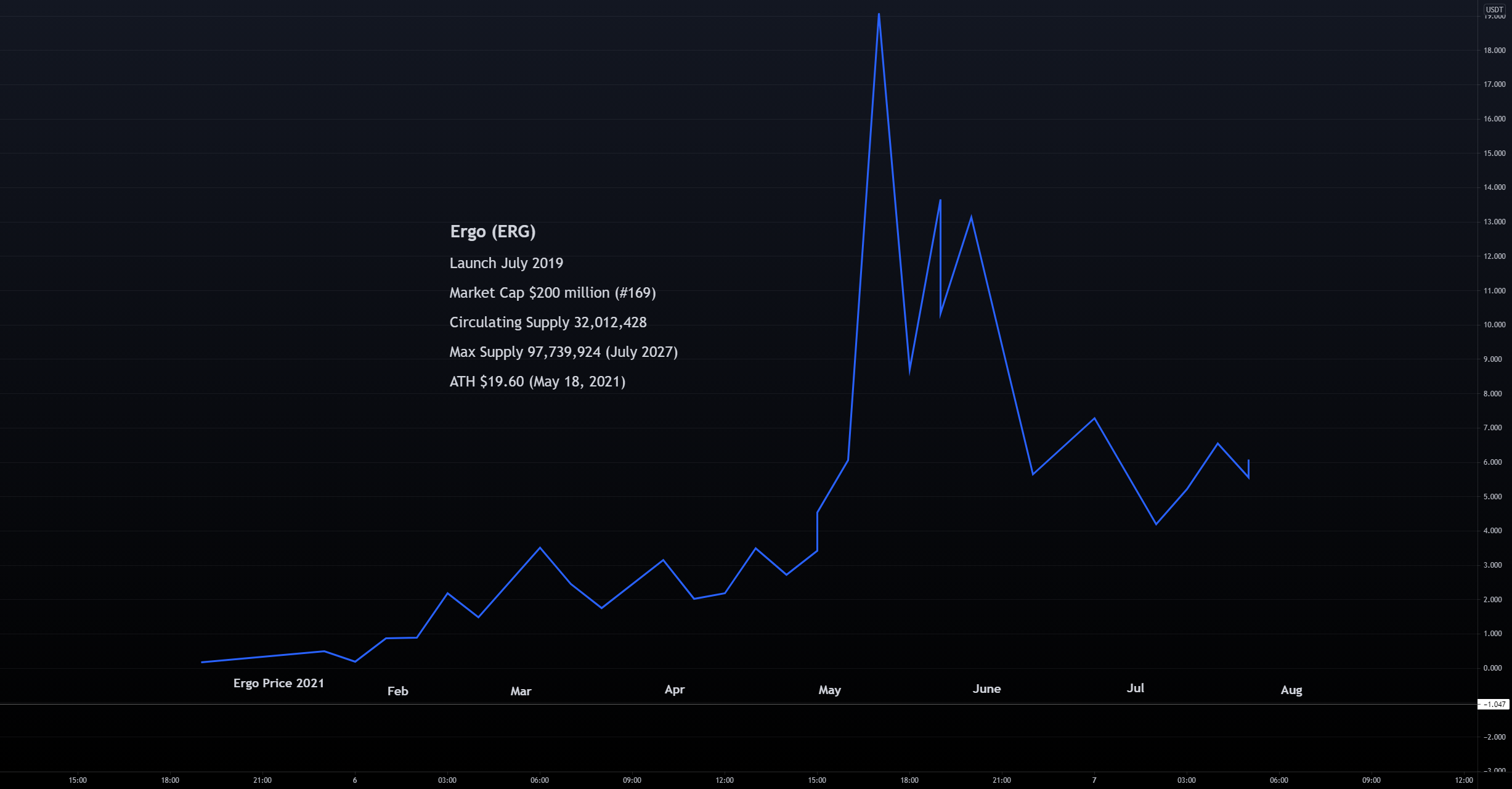 Ergo Chart finally available on Tradingview for KUCOIN:ERGUSDT by jeremiahjones
6 mins ago