Dr Anthony Fauci is finally giving Americans some good news. America’s top infectious disease doctor predicts a ‘a real change, the start of a precipitous drop’ in new daily COVID-19 infections now that the share of U.S. adults vaccinated against the virus is nearly 40 percent.

‘When you do that, that’s when people are going to be able to start doing the things they’ve been craving,’ Dr Fauci told the Wall Street Journal in an interview.

As of Thursday, nearly 38 percent of American adults aged 18 or older are fully vaccinated against COVID-19.

Data from around the globe shows that once 40 percent of a population is covered by vaccines, daily cases start to decline dramatically, according to a Bloomberg analysis. The pattern has emerged in San Marino, The United Arab Emirates and Israel.

In the U.S. the first signs that vaccinations are turning the tide of cases are becoming apparent. After hovering for weeks around 70,000 cases a day, the U.S. is now seeing 52,522 new infections a day on average – down 26 percent from two weeks prior.

But vaccinations are stalling, and the number of daily deaths has been erratic in recent weeks. On Wednesday, nearly 950 Americans died of COVID-19, bumping the seven-day rolling average of fatalities up to about 704. By comparison, there were 474 deaths on Monday, according to Johns Hopkins University data. After holding steady above three million shots a day between April 3 and 21, daily vaccinations in the U.S. have fallen to an average of 2.67 million.

What remains to be seen is whether the encouraging declines in daily infections will level off, too.

About 98 million Americans are fully vaccinated.

But Dr Fauci also pointed out that an even larger share of people should now have some immunity against coronavirus.

More than 32 million Americans have been infected with coronavirus, according to data from Johns Hopkins University, although the real overall caseload is likely much higher.

Depending on when they were infected, most likely still have some degree of protection via antibodies produced in response to coronavirus.

However, there’s likely some overlap between those who are vaccinated and those who had COVID-19 already.

And the U.S. has now likely vaccinated most of the population of Americans who are not only willing but eager to get COVID-19 shots.

The slow down in vaccinations is not from a lack of supply, but due to a sharp decline in demand.

Health officials and experts in states with marked decreases in daily vaccinations worry that ending the COVID-19 pandemic by achieving herd immunity will be a challenge unless states can convince more residents to receive the vaccine. A block of eight Southern states have fallen behind the pace in their vaccine rollout, trailing the national average in vaccinated residents by four to ten percent after weeks where they have struggled to fill vaccine appointments.

Arkansas, Tennessee, North Carolina, South Carolina, Louisiana, Mississippi, Alabama and Georgia each find themselves ranked near last among American states in percentage of vaccine allocation used so far, per the New York Times on Wednesday afternoon.

Each falls within the bottom 13 states in percentage of doses used, with Alabama, Mississippi, Arkansas and Georgia making up the bottom four.

Louisiana in particular has had a hard time finding takers for its vaccines, with five straight weeks of declining first dose sign-ups. A federal vaccine site in Baton Rouge is falling short of meeting five percent of its capacity on some days, per a report by the New Orleans Advocate.

Mississippi, Alabama and Louisiana are the only three states where at least one third of residents have not received the first dose of a COVID-19 vaccine.

All of the states in the block – other than North Carolina – are among the 11 states where less that 37 percent of the population has received at least one shot (39 percent of North Carolinians have received their first dose). The national average is 43 percent. Dr. Lisa Piercy, commissioner of the Tennessee Department of Health, told WKRN that the trend was ‘disturbing’ on Tuesday, as her department ramps up efforts to get more Tennesseans vaccinated.

Vaccine hesitancy has been cited as the reason behind the decline by experts in the states.

There are numerous reasons for vaccine hesitancy around the U.S., including worries about the hasty creation of the vaccine, unknown side effects, conspiracy theories surrounding the vaccines or even that some Americans just do not see COVID-19 as a major problem.

Data from the Kaiser Family Foundation from March shows that many who are somewhat skeptical of the vaccine – who answered they would ‘Wait and see’ how others react to the vaccine before getting it themselves – have been likely to either get the vaccine or say they will get it as soon as they can.

Those who are most skeptical seem less likely to budge, though. The amount of Americans who say they will either “Definitely not” get the vaccine or only get the vaccine if required has stayed about the same since the vaccine first became available in December.

Polling by Civiqs, as of April 27, shows that half of Americans yet to be vaccinated say that they definitely do not plan not to get the vaccine, with a small group still remaining unsure.

Vaccine hesitancy over the past four months has ebbed slightly, but 20% of Americans still say they won’t get a COVID-19 vaccine unless it is required, or won’t do so at all (green)

While vaccine hesitancy can manifest itself for different reasons, certain demographics are more likely to be hesitant to receive the vaccine than others.

Non-college educated Americans are less likely to receive the vaccine that their peers with a college degree, with less having received the vaccine thus far and more saying they will not get it when available.

Nearly half of Republicans also do not plan on receiving the vaccine, per the Civiqs poll, a larger share than the amount who have been vaccinated so far.

White Evangelical Americans, who largely associate with the Republican party, are also the least likely religious group to get the COVID-19 vaccine. A survey conducted by Pew Research Center in February found that 45 percent of white evangelicals did not plan on getting vaccinated.

The eight states contain groups most likely to not want the COVID-19 vaccine.

According to the 2020 U.S. Census, Mississippi, Arkansas, Louisiana and Kentucky each are among the five states with the lowest percentage of the population over 25 who hold a Bachelor’s degree. Rates of vaccine hesitancy are higher in states with large Evangelical Christian populations (darker blue). Vaccination rates are also lower in these states Alabama (8th least), Tennessee (11th) and South Carolina (16th) each find themselves among the lowest as week. North Carolina and Georgia fall around the average, with nearly a third of the states’ residents holding a college degree.

This area of the country is also a Republican stronghold. Donald Trump won all but Georgia in the 2020 Presidential election, with Joe Biden eking out a 11,000 vote victory in the Peach State – only the second time a Democrat won the state in a Presidential election in 40 years.

Trump carried each of the states he won by at least 10 percentage points – other than North Carolina, where he won by 100,000 votes.

The strongest correlation of vaccine hesitancy appears with the large Evangelical population in the eight states. According to data from the Pew Research Center from 2014, a large portion of Evangelical’s in the United State’s reside in the U.S. south.

Louisiana (27 percent) notably does not have a large Evangelical population compared to its peers.

While these states may be struggling to get their residents vaccinated, their stagnating vaccination rates have not translated to an increase in new infections – yet.

None of the eight states are among the highest in daily new case rates. None have suffered a surge in cases since their vaccine rates began to decline either, with all reporting consistently low numbers through the month of April.

States like Minnesota and Maine – which are among the nation’s leaders for having used the largest proportion of the vaccine doses they have been allocated – have seen large spikes in cases this month despite more successful vaccine distribution. 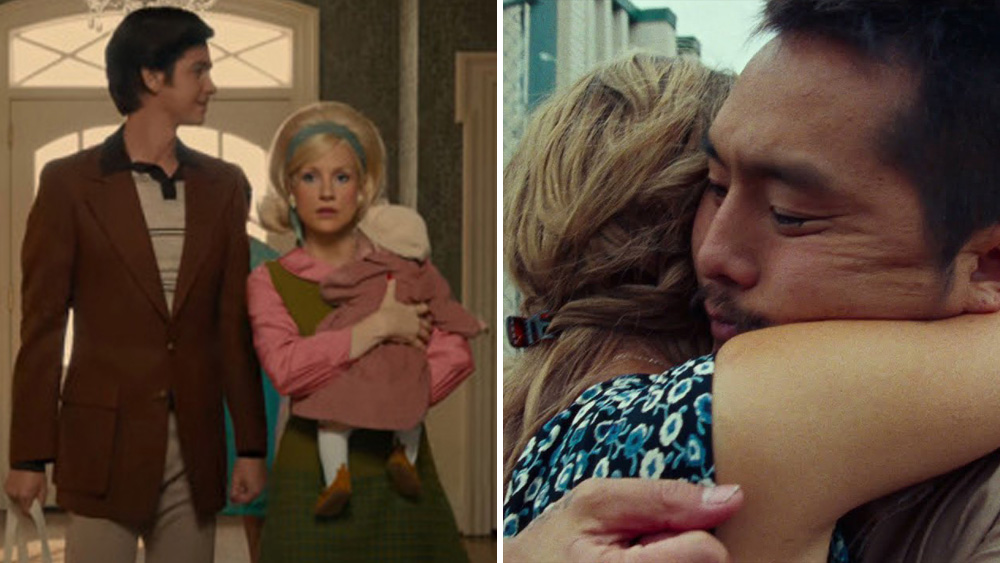 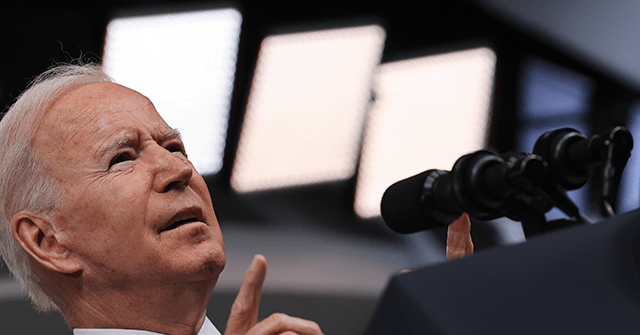 Most Americans Disapprove of Direction of the Country Under Biden 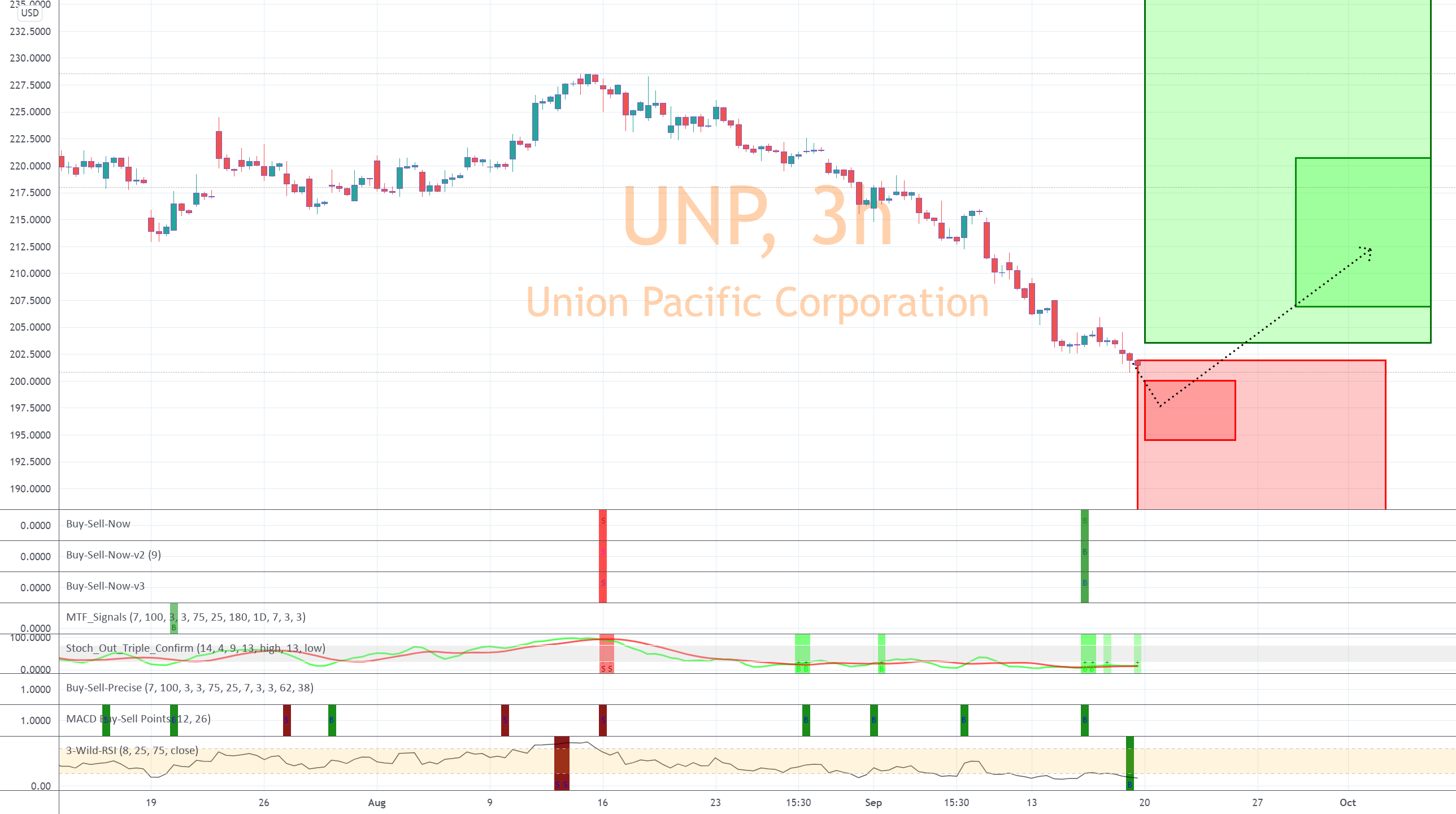 Union Pacific Signaling Buy Train Ahead for NYSE:UNP by StonkSignaler
7 mins ago

Union Pacific Signaling Buy Train Ahead for NYSE:UNP by StonkSignaler