Coronavirus disease 2019 (COVID-19) spread rapidly across the globe, leading to over 4.9 million deaths and throwing many countries into economic crises as they attempted to control the spread of the disease with lockdowns, social distancing, and other restrictions.

Mass vaccination schemes have begun to help bring the disease under control, but with variants of concern on the rise, worries for the elderly and immunocompromised have returned. The stagnating vaccination rates further exacerbate these worries in the United States and the United Kingdom. Experts believe that these may be due to rising cases of vaccine hesitancy, driven by misinformation, private online groups, and certain public figures’ actions.

Researchers from the University of Munich have investigated how framing vaccine side-effects can affect an individual’s willingness to be vaccinated. A preprint version of the group’s study is available on the medRxiv* server while the article undergoes peer review.

Traditionally, vaccines are made from inactivated/attenuated forms of the virus that allow the immune system to recognize viral surface proteins with little threat. However, suppose the inactivated virus reactivates, or an attenuated strain picks up new traits through horizontal gene transfer. In that case, the virus can again become a threat. mRNA vaccines avoid this issue – they use the host’s cell machinery to transcribe an mRNA strand encoding a viral surface protein.

In the case of severe acute respiratory syndrome coronavirus 2 (SARS-CoV-2), this is usually the receptor-binding domain (RBD) of the spike protein S1 subunit. This is the usual target because the spike protein is responsible for a large portion of SARS-CoV-2 pathogenicity. The RBD binds to angiotensin-converting enzyme 2 (ACE2) to allow viral cell entry, and the N-terminal domain of the S2 subunit is responsible for cell fusion.

Vaccine hesitancy can rise from varied causes. Recent studies have identified perceived low risk of COVID-19 infection, concerns over how quickly the vaccine was developed, and antagonistic responses to perceived over-reaching government authority. One common finding showed vaccine hesitancy was driven in many individuals by the media’s widespread coverage of vaccine side effects during April and May 2021, as the first vaccines were being distributed.

The researchers identified how these side effects were presented could have large consequences on their perception. For example, showing infographics, using descriptive labels such as ‘very low/high risk’ using percentages or frequencies, and even comparing risks to more commonly understood examples, such as the risk of vaccine side effects against the risk of car crashes.

The researchers gathered nearly 9000 people to investigate their theories. One of the most simple and yet effective strategies was adding a descriptive label next to the numerical risk – a ‘very low risk’ label increased an individual’s intention of vaccination by 3.0 percentage points.

Two different methods were used for comparing risks of side effects to more commonly understood risks – comparing to car crash mortality and comparing the risk of side effects to the risk of COVID-19 mortality. Both showed significant effects on vaccine hesitancy, but interestingly the car crash comparison was more effective. This could be due to the more commonly understood risk or the belief that the COVID-19 pandemic is less serious than in reality.

The researchers’ third strategy, framing these comparisons in relative rather than absolute terms, showed no effect whatsoever on an individual’s willingness to be vaccinated. In addition to this, the researchers found that the two effects that worked could also work synergistically, showing a much higher likelihood of reducing vaccine hesitancy when applied simultaneously.

The authors highlight the value of their study in discovering effects that could help reduce COVID-19 vaccine hesitancy at a key time in the pandemic. A large proportion of the population is vaccinated, but worrying variants such as the Delta strain are becoming increasingly able to evade this immunity. Suppose the disease is able to incubate in unvaccinated individuals long enough for a variant to emerge that can fully evade vaccine-induced immunity. In that case, it could lead to the re-establishment of many restrictions. The researchers have identified several easily implementable, scalable, and cheap strategies that can help lower the rates of vaccine hesitancy and meaningfully affect vaccine hesitancy at a population level.

medRxiv publishes preliminary scientific reports that are not peer-reviewed and, therefore, should not be regarded as conclusive, guide clinical practice/health-related behaviour, or treated as established information

What Does It Take to Keep Your Team Happy? Research Found the Difference Between Success and Failure
54 seconds ago Stress and Blood Pressure: Are They Connected?
2 mins ago 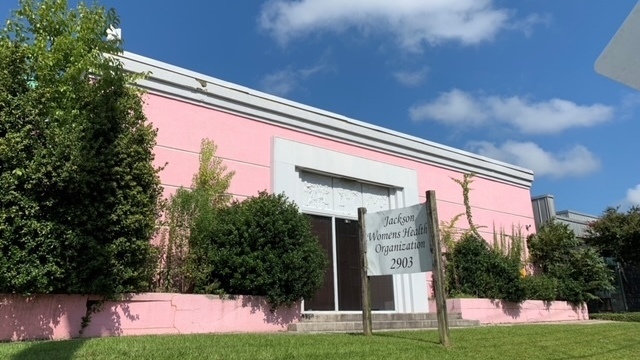 This Supreme Court case could make abortion more restricted across the U.S.
3 mins ago