Advocates for North Carolina children say changes to the child marriage law and juvenile justice act are steps in the right direction but had hoped for longer strides.

North Carolina children are not eligible to vote for the state lawmakers who debated what age they could marry and go to court, but those adults made big decisions this summer that have an impact on when they can be thrust into grown-up circumstances.

Lawmakers raised the age at which a child can marry in North Carolina to 16. They also adopted legislation that says a child must be at least 8 years old to be sent into a court system that sometimes puts them in a position of trying to respond maturely to a judge’s questions from a seat in which their tiny legs dangle above the floor.

Both laws have been the subject of much debate for several years.

Gov. Roy Cooper signed “An Act To Amend The Lawful Age of Marriage to Sixteen Years Of Age or Older And To Provide A Maximum Four-Year Age Difference for a Sixteen or Seventeen-Year-Old To Marry,” or Senate Bill 35, into law on Aug. 26.

Four days later, Cooper signed changes to the juvenile justice act, or Senate Bill 207, which sets December as the month in which North Carolina no longer will prosecute 6- and 7-year-olds in juvenile court. Though lawmakers debated setting 10 as the minimum age at which children can be prosecuted for crimes, they decided in late August to add a provision that allows for the prosecution of 8- and 9-year-olds who are either repeat offenders or accused of the more violent crimes.

A law years in the making

Rep. Marcia Morey, a Democrat from Durham and a former district court judge who presided over juvenile proceedings, introduced a bill in the state House of Representatives in 2019 to raise the minimum age for prosecution. It never made it to the chamber floors for a vote.

In December, the North Carolina Task Force For Racial Equity recommended raising the age of juvenile court jurisdiction to 12.

Morey worked again this year with lawmakers from both sides of the aisle in the House of Representatives and the Senate to raise the age.

During committee meetings, advocates argued that new research in neuroscience has shown that the brains of children are not developed enough for them to assist in their defense in a judicial system that can be complicated even for adults.

Judges and others shared stories of children in their courtrooms being asked to make significant life choices.

Imagine a kindergartner or first-grader who just had a sixth birthday, perhaps still struggling to remember their address or the phone number of a parent or caregiver, responding to questions that could have a big impact on what happens to them.

Judge Jay Corpening, New Hanover County’s chief district court judge, an advocate of raising the age and a member of a Juvenile Jurisdiction Advisory Committee, has asked rhetorically whether children who believe in Santa Claus, the Easter Bunny, the Tooth Fairy can have any meaningful aid in their defense.

He has responded with his own, “no.”

Many have described the juvenile justice system as one that over the years has been a place in which children in need of mental health care or family support aid can find a tether to counseling, social workers and other services.

That’s what some lawmakers, prosecutors and law enforcement representatives argued as they pushed for the provision that allows for the prosecution of 8-year-olds.

Others argue that children who are exposed to life’s adversities — such as parents with substance abuse or domestic violence issues — should not be thrust into the court system to gain such community supports.

Research in the past two decades has found that children exposed to such “adverse childhood experiences,” turn out to have worse mental and even physical health outcomes as they grow into adults.

Morey argues that children who commit crimes at such young ages with brains far from fully developed cannot really have criminal intent, a necessary legal element to win convictions in many cases.

Jim Woodall, the district attorney for Orange and Chatham counties, supported raising the age for juvenile jurisdiction. Nonetheless, he says he has difficulty buying into the argument that children at such a young age are not capable of intent.

Woodall was not one of the prosecutors who pushed for the provision for 8-year-olds to fall within juvenile jurisdiction for some offenses.

Morey, who had hoped to see the juvenile jurisdiction floor raised to higher than 10, says she’ll continue to advocate for change in sessions to come.

“It was a first step,” Morey said.

That’s what many are saying about North Carolina’s new marriage law, too. It’s a step in the right direction if only a baby step.

The governor noted as much when he signed the bill.

“This legislation is an important step toward ending child marriage in North Carolina and instituting more protections for children,” Cooper said in a statement announcing his signing. “While it falls short of raising the age of marriage to 18, it will make our state a safer place for children.”

Until the governor added his signature to the law, North Carolina was one of 13 states that allowed children younger than 16 to get married, according to a map provided by Unchained at Last, an organization pushing all states to raise the minimum age to 18.

Fraidy Reiss, who tells her own story of being 19 and forced into an arranged marriage by her family to a man who turned out to be violent, formed the organization to fight for others who might be in forced or child marriages.

A study by the organization found that between 2000 and 2018, at least 232,473 children were married. They estimate that even more were wed, but records were not available.

While some might think the child marriages are two teens eager to get a romantic start to a lifetime together, that’s not what Drew Reisenger, register of deeds in Buncombe County, found.

“There often are egregious differences in age,” he said during a telephone interview on Wednesday.

One such case that Reisenger has talked about more than once as lawmakers debated child marriage was when a 17-year-old girl and 49-year-old man came to him in search of a marriage license after the state in which they lived refused to grant them one, where it was against the law.

‘We’re no longer the worst’

Reisenger refused, sending them out the door, knowing full-well they might go to a different county in North Carolina and obtain the license they tried to get from him.

“I felt comfortable doing that,” Reisenger said. “I didn’t want to aid them in breaking the law.”

The North Carolina Register of Deeds Association helped put together a bipartisan effort to raise the age in North Carolina this legislative session. The association was pushing for the marriage age to be raised to 18.

During the early part of the year, Reisenger said, there appeared to be momentum among lawmakers to raise the age to 18, the same age that Unchained at Last and others lobbying against child marriage are advocating for in all 50 states.

Only six states, according to Unchained at Last, prohibit marriage before age 18 with no exceptions.

Then the North Carolina effort to do just that hit a roadblock in the late spring when some lawmakers started to push for exceptions to the age limit.

Supporters of allowing people younger than 18 to enter a marriage contract argue that such unions should be OK if assessed and approved by parents or the courts, and in some cases both, then such unions are OK.

Critics of such vetting, point out that girls in such unions could be forced into marriages they should not be in, and often end up in abusive relationships, drop out of school and fall into poverty, another example of the adverse experiences that set these young women up for health problems for the rest of their lives.

Some weddings, in which the girl is pushed into a marriage because she’s pregnant, cover up statutory rape, critics also point out.

While the North Carolina law is a “step in the right direction,” Reisenger said, he and others hope there will be legislative sessions ahead where child marriage critics can lead the lawmakers to take even more steps to protect children from such unions.

“We’re no longer the worst,” Reisenger said. “That’s not really a motto a state wants to have, but that’s where we are.” 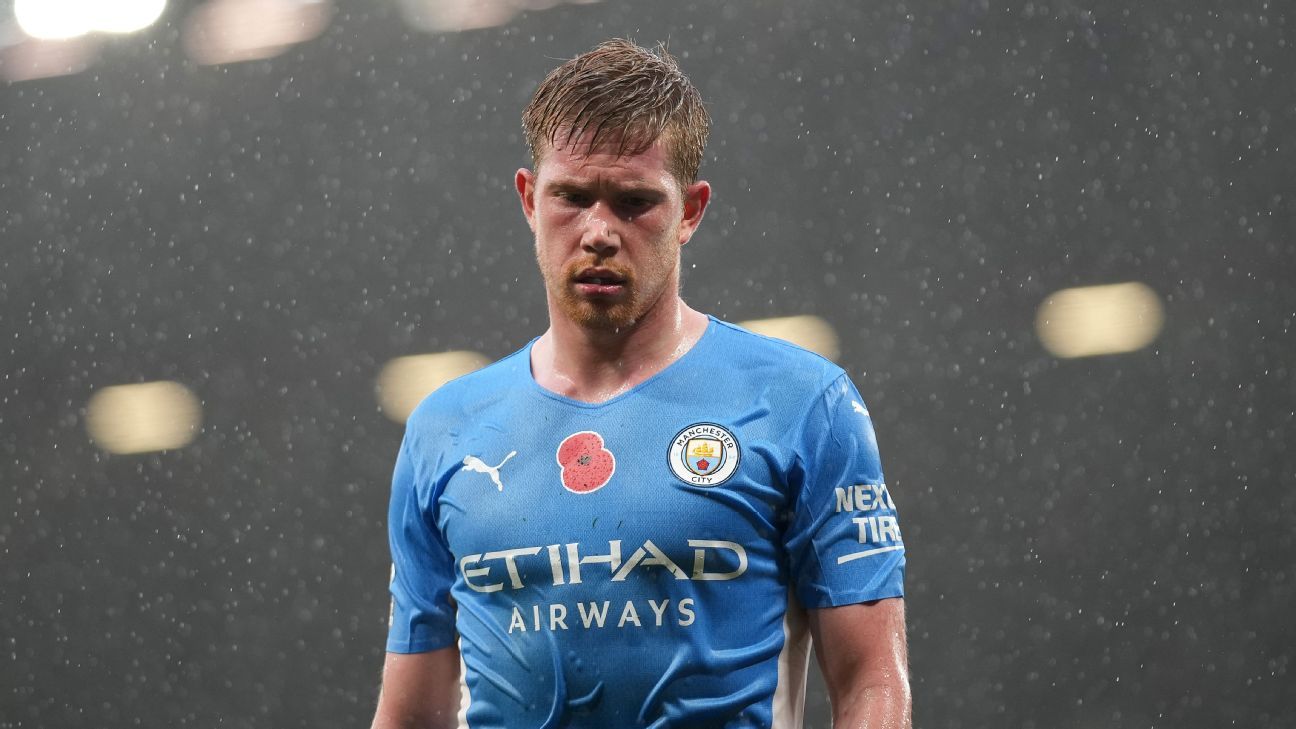 Pep: De Bruyne must fight to win place back
3 seconds ago