On a hot day in the Mexican state of San Luis Potosí, Pedro Nájera Quezada was returning from a hike with friends along a trail skirting a cliff edge. He looked down and spotted an outcrop of red porous rock called tezontle. Formed from cooled lava flows, tezontle is fragile, light, and used in construction: the facade of Mexico’s National Palace is made of tezontle, and some roads in Mexico are surfaced with tezontle gravel. In San Luis Potosí, tezontle can sometimes be found in the volcanic craters that dot the region.

This tezontle looked familiar: its colour, shape, and general location reminded Nájera of the home of a cactus thought to have nearly vanished from the wild. Nájera, an agroecologist and an editor at the cactus-and-succulent magazine Xerophilia, noticed that the outcrop even had something growing on it.

Nájera and his friends edged down the cliff to the outcrop. As they got closer, he pulled out his binoculars. Plant growth peeped out of the crevices of the rock; most of it was common desert plants—Peperomia, Commelina, varieties of bromeliad. But one section of the cliff had collapsed, and on it grew around a dozen healthy specimens of the almost vanished cactus, Mammillaria tezontle.

If a cactus can want anything, M. tezontle likely wants to be left alone. It does not have the Arizona rainbow cactus’s vivid flowers or the golden barrel cactus’s incredible size. Unlike the prickly pear, it has no culinary value; unlike the San Pedro cactus, it has no psychoactive properties. It doesn’t play an outsize role in its ecosystem. It is not even particularly beautiful—just a mossy cherry-size globe, frizzed with feathery spines and occasionally haloed with yellowish-white flowers. The cactus’s only unique adaptation enhances its solitude: while it can grow in garden-centre cactus soil, in the wild it has only ever been found on tezontle rock.

The cluster that Nájera stumbled upon in 2013 remains the last-spotted colony of M. tezontle in the wild. But, even if this cluster were destroyed, the species could never be considered near extinction. First, despite Nájera’s opinion that M. tezontle is a distinct species, the International Union for Conservation of Nature classifies M. tezontle as a “highly threatened” subvariety of M. crinita, an abundant cactus whose conservation status is listed as of “least concern.” Second, despite its convoluted taxonomic status, the cactus is actually plentiful—as long as you look not in San Luis Potosí but around the world.

The market for smuggled and seed-grown cacti has ensured that this rare, solitary Central American cactus can be found everywhere from nurseries to private collections, even as far away as India. This is a fate shared by many cacti. Even though many species are endangered in the wild, “domesticated” populations of cacti like the golden barrel and the old man cactus thrive in foreign collections. Which raises the question: When is a species considered extinct—when it no longer exists in the wild or when it no longer exists at all?

Cacti are charismatic: they are strange, they are tough, they are beautiful.

Their forms are unlike any other in the plant kingdom, mixing geometric purity with wild, dazzling flowers. What’s more, they are often easy to keep indoors and endlessly collectible. Maybe that’s what draws people to buy, hoard, and eventually mass-produce these plants, sending seeds and cuttings across continents, far beyond where the genome could ever hope to spread naturally.

In the wild, many endangered cactus species occupy hyperlocal regions: a single field, a particular mountain range, the bank of a certain lake. If a quarry, power plant, or condo is slated to go up on that land, it can be easy to destroy an entire species. Quarrying operations, Nájera says, destroyed the first known colony of M. tezontle, which was discovered in 1995. While habitat destruction is a prime driver of cactus extinction, poaching adds additional strain. Cacti are found alongside orchids in the black-market plant trade. In 2020, Italian officials busted a historically expensive illegal shipment from Chile of over 1,000 rare species of cactus, valued at more than $1.2 million (US). According to Nájera, the only other known colony of M. tezontle was decimated by poaching. He saw it in 2012, picked clean of all but a few specimens.

Mark Fryer, former lead propagator at the cactus wholesaler C&J Cactus, has grown M. tezontle in California for more than fifteen years from a batch of seeds originally sourced from a German nursery. Fryer does not approve of someone buying a poached cactus, but he knows that he competes with the black market. “They’ll throw any amount of money you want to talk about for a habitat-collected plant,” he says. Wild specimens often hold a greater allure.

Fryer sees his own work, and the 2,000-plus cactus species on C&J’s seven and a half acres of growing area, as a tool to prevent poaching and preserve species. “I don’t really know what can be done to stop it outside of mass-producing those plants on a scale where it’s no longer worth it to fly someone over and take the risk of jail time,” he says.

If the risk of incarceration isn’t enough to sway a would-be buyer, Fryer adds that smuggled cacti don’t often live very long. Rare, hyperlocal cactus species survive by adapting themselves to perfectly suit their environments. Outside of that habitat, they likely won’t survive. In the case of M. tezontle, an industry of poaching and trafficking is especially frustrating because Fryer finds the plant easy to cultivate.

M. tezontle’s situation reveals a fault line in conservation methods—between “ex situ” conservation, or conserving a species outside its native habitat, and “in situ” conservation, or conserving a species within its native habitat. Informally, ex situ conservation of cactus species has been practised for decades through cactus societies—organizations of obsessives who share growing tips, exchange seeds, and visit species in the wild. Because of the long continuity of some societies—Germany’s Deutsche Kakteen-Gesellschaft was founded in 1892—members have been able to breed and circulate species that died off in nature long ago.

Vladimir Andrenkov, treasurer at the Toronto Cactus and Succulent Club, can list a number of species at the society’s annual sale that he says have not been seen in the wild for years and are now preserved thanks to informal ex situ methods. He says some species have been made vulnerable by housing developments and construction. “In some areas,” Andrenkov says, “there are no lands any longer for the cacti to grow.”

Cactus conservation often takes a back seat to land development and resource extraction. Nájera says that, in Mexico, for example, the government is tackling multiple problems, and what it sees as simply gardening is not on its list of priorities. This often leaves conservationists with ex situ conservation as their only option. Groups such as El Charco del Ingenio, a Mexican nonprofit, even rescue native cacti from construction sites prior to work and replant them ex situ in botanical gardens.

But ex situ conservation is no magic wand for preservation. Blanket export restrictions, originally meant to stop smugglers, also restrict cactus growers from exporting ethically sourced, seed-grown cacti around the world, hampering the spread of species among hobby groups. Until these export laws are fine-tuned, Andrenkov says, governments are missing out on an opportunity to preserve endangered cacti and open up a more ethical supply that undercuts poachers.

Nájera, however, feels little relief that the M. tezontle genome is being preserved while its native, natural populations are threatened, referring to the cactus’s situation over email as a “materialist, reductionist vision of modern Darwinism.” If we remain satisfied with ex situ conservation, Nájera posits, DNA is preserved, but the actual life of the species—and its chance to co-evolve with the land as a whole—is cut short. Nájera gives the example of zoos full of polar bears in a world where their northern habitat has melted. Framed this way, ex situ conservation begins to look a lot like extinction-lite.

It does seem unjust that M. tezontle should be taken from the only kind of rock on which it grows in the wild to be propagated in generic cactus soil. In many ways, a cactus in a pot could be considered as “alive” as a butterfly pinned inside a glass case.

There is room for optimism within the ex-situ-versus-in-situ conservation debate. “Basically, both are fantastic and both are needed,” says Leor Oren, manager at the Osoyoos Desert Centre, sixty-seven acres of the BC Interior dominated by antelope brush. As part of its conservation and ecological restoration work, the centre even maintains a population of one of Canada’s few native cacti: the brittle prickly pear.

While the desert centre operates from the advantage of stewarding its land and can therefore preserve many plants in situ, it has used ex situ methods as well for its wildlife restoration work, such as building bluebird nesting boxes and digging ponds for spadefoot toads. Taken together, conserving land in situ and changing that land with ex situ species creates a two-pronged strategy for preserving and propagating threatened wildlife. It is a tantalizing idea, to fence off land and populate it with extirpated species. “Let’s say we have a thousand pots throughout the world with your cactus,” Oren says. “Potentially we can take those cacti and reintroduce them to areas with similar conditions.”

Unfortunately, he adds, the challenges involved in applying this idea to many cactus species are immense. Endangered cacti can be found across the Americas, living under myriad nations, laws, and economies. Bringing cacti back to their native habitats would require national efforts to lock off specific lands and international cooperation to locate relevant species and return them to their original homes.

When he goes walking in San Luis Potosí, looking for cacti living among the rocks, Nájera dreams of such protected areas for M. tezontle. He believes the cactus’s presence could and should be leveraged to establish their natural habitat as one of Mexico’s Áreas Naturales Protegidas, a designation that includes national parks, nature sanctuaries, and natural-resource areas. Such a move would protect not just M. tezontle but all the life that thrives in the area.

But, until the complex problem of protecting environments around the world can be solved, M. tezontle will continue to decline in its native lands. Seeds and cuttings will drift from continent to continent—to be grown on windowsills, behind glass, far from the rock they call home.

Amir Aziz has written for Torontoist and Asparagus magazine. He is based in Toronto.

Jeffrey Kam is a freelance illustrator based around Toronto.

Fact-based journalism is our passion and your right.

We’re asking readers like you to support The Walrus so we can continue to lead the Canadian conversation.

With COVID-19, now more than ever The Walrus’ journalism, fact checking, and online events play a critical role in informing and connecting people. From public health to education to the economy, this pandemic presents an opportunity to change things for the better.

We feature Canadian voices and expertise on stories that travel beyond our shores, and we firmly believe that this reporting can change the world around us. The Walrus covers it all with originality, depth, and thoughtfulness, bringing diverse perspectives to bear on essential conversations while setting the highest bar for fact-checking and rigour.

None of this would be possible without you.

As a nonprofit, we work hard to keep our costs low and our team lean, but this is a model that requires individual support to pay our contributors fairly and maintain the strength of our independent coverage.
Donations of $20 or more will receive a charitable tax receipt.

Every contribution makes a difference.

Support The Walrus today. Thank you. 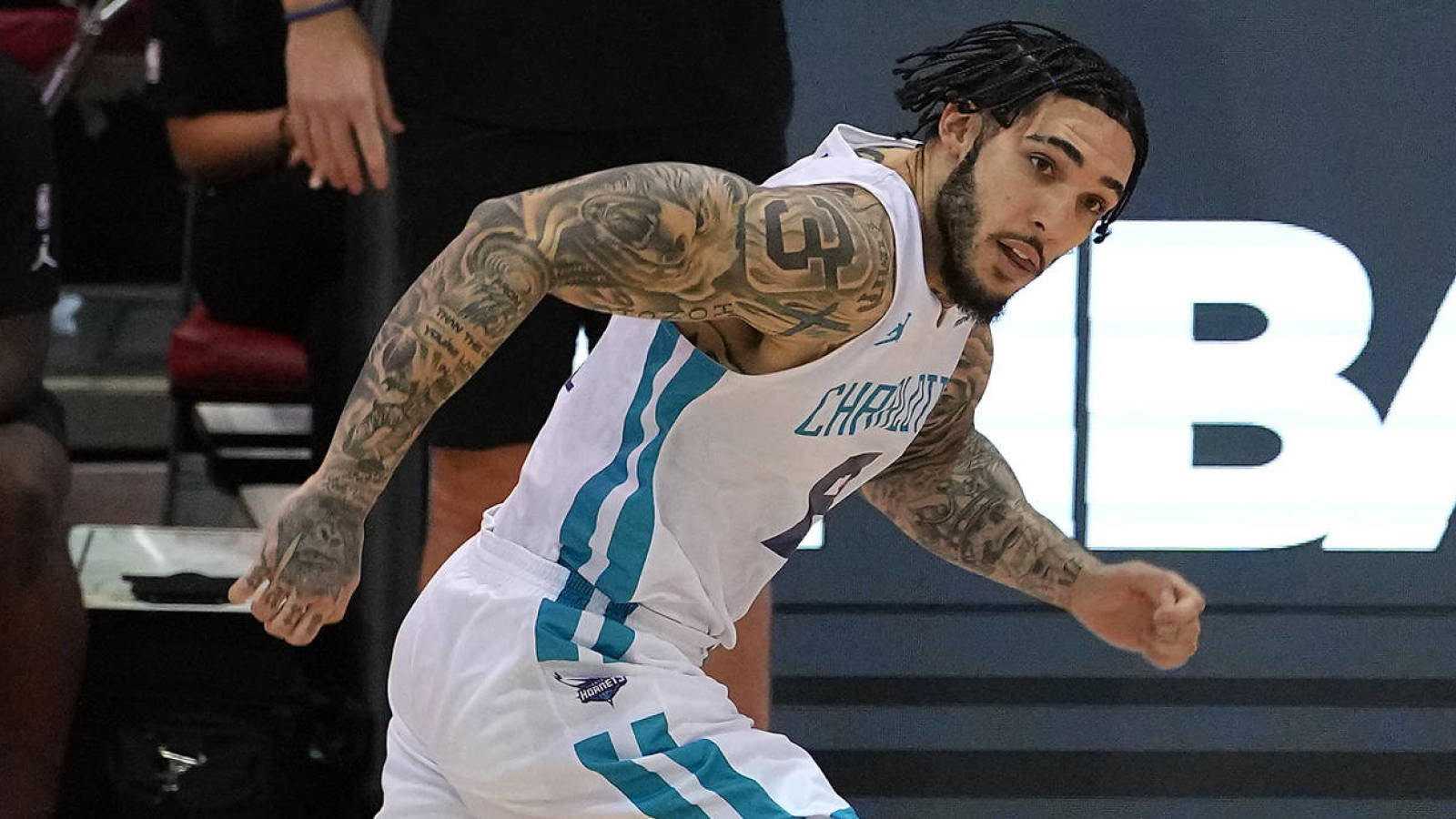