As Moral Money has often pointed out, the dense alphabet soup of sustainable accounting leaves ordinary mortals reeling. But it cannot be ignored since change is under way: the European central banking system has just moved to harmonise its own green accounting rules; American states such as California are quietly embracing versions of the Task Force on Climate-related Financial Disclosures (TCFD) standards; the European Commission is finalising its green taxonomy and the International Financial Reporting Standards (IFRS) group is wading through 600 submissions in its consultancy process about green audit standards.

So is this confusing mess moving in the right direction? Or will it create more confusion — and a green bubble? Moral Money asked Thomas Buberl, chief executive of Axa, the gigantic French insurance group — and an early champion of TCFD who is closely plugged into the French government — for some Gallic guidance from Paris.

Click here if you’d like to receive Moral Money every Wednesday and Friday. And we want to hear from you. Send any thoughts to moralmoneyreply

Moral Money: What do you think about the EU’s green taxonomy?

Buberl: This has been a very good first step. However, it’s not enough. Because when you look at it, you say: where is the big potential in the middle? How do you make the transition happen? Going from coal to green is a long journey for companies. To go from, let’s say, oil to gas is a first good step — the issue is how to make it less black or less brown. But how do you measure it? And enforce it? This is the big topic from the company’s perspective and strategic perspective, how do you build the necessary transition trends? Define this middle? Is gas good or not? Is nuclear good or not? This is the next phase of debate. I’m actually glad that we are talking about this now, since that phase needs a lot of collaboration.

MM: Are you concerned that the EU taxonomy is too binary, too rigid and too backward-looking?

Buberl: The taxonomy is a good mechanism in order to give a reference framework about an investment, is it an investment that is sustainable or not? It is always easy, as the first step, to define the extremes. But the issue now is how to define the middle. Take nuclear. A French person would always say that nuclear is [green], but a German person that has voted for getting out of nuclear would probably not agree to it.

MM: How are you accounting for this?

Buberl: We were one of the founding members of TCFD. Now this is going much larger — you have got all the questions of how do you actually measure this transition? In our methodology we talk about the degree of warming potential. So with the Axa portfolio today, to make it a bit more concrete, we talk about 2.8 degrees of warming potential, versus the market that is roughly at 3.6. In addition to that, we have also phased in our strategic plan an ambition to reduce the carbon footprint of our assets by 20 per cent. Also we are not just looking at climate, per se, but also going a little bit further, when it comes to the whole question around biodiversity. What do we need to do on the biomass in order to protect it? This is a big issue now too.

MM: How do you measure the transition, though?

Buberl: I believe we have not yet found the right way, which is why Axa is measuring it with the degrees of warming potential, or the reduction in carbon footprint. There is currently a massive amount of different measures. The aim of all of the industries and the regulators now is to reduce this to a simple measure. This is the key thing. It’s something that the COP26 is, and will be, very focused on.

We are all confronted with a multitude of KPIs — if I remember correctly, there are about 600 KPIs floating around on ESG. We cannot apply 600 different criteria.

MM: Is the future a blend of SASB (Sustainability Accounting Standards Board) and TCFD or would you prefer for the IFRS (International Financial Reporting Standards) to have more of a role? Or is there a French solution?

Buberl: I hope there will be a conversion because we don’t need several solutions. I still believe TCFD has the most proven record.

Buberl: Yes, I would recommend that TCFD should be made mandatory, because it’s one standard across different countries that we can also compare.

MM: What do you think about the announcement from Larry Fink last week [that he wants all companies to go carbon-neutral)? By European standards, it is still quite modest but by American standards is quite radical.

Buberl: You’re absolutely right that there is a certain divergence between Europe and the US. We [at Axa] were one of the first ones to get out of coal, back in 2015. At the time, we were mocked for it. Now the American competitors, and companies have also gone on this bandwagon. My perspective is always it’s better later than never. I welcome how America is now moving.

MM: Does France get enough credit for the role it has played in promoting green policies in finance with groups such as the Network for Greening the Financial System?

Buberl: No. I think there is some divergence in perception there.

MM: Are you concerned about a green bubble?

Buberl: There’s always a danger. It is good that there is a big wave now of engagement and awareness that building back better is really an opportunity after the crisis to reshape the economic landscape. But where I do see that there could be a fear of a green bubble, is around all the questions of the measurements. Every market has started to overheat a little bit. We saw this before in the 1980s with all the market around bio fuels. If there is such a demand for green investments now, because everybody is now getting ready for net zero by 2030, or even earlier, there will obviously always be the danger that some people try to abuse [that demand]. So yes, the danger is there.

Want to save capitalism? Start by helping workers

No matter how you slice it, capitalism is not working for the masses.

Tackling problems such as climate change and economic and racial inequality through the market is, of course, what ESG is all about. But so far its results have been, erm, limited.

Your average millennial or Gen Zer may tell you the best answer is just to blow the whole corrupt system up and start from scratch. But the Coalition for Inclusive Capitalism, a group of business leaders and academics founded by Lady Lynn Forester de Rothschild, believes a better capitalist future is possible.

And this week, the coalition laid out its plan for achieving that future. The key, it says, is treating workers more equitably.

“The wealthy and most powerful in our society, many of whom have seen their wealth grow enormously during the time of Covid-19, must give up some of the privileges they have gained and pay their fair share of the costs of building a sustainable economy based on well-paid jobs,” the group writes in its new Framework for Inclusive Capitalism.

The group makes the case that businesses do better when they treat their workers well. But it does not simply leave it to companies to choose to do the right thing.

One of its key tenets is that companies should not obstruct their workers from unionising (we understand this may seem rudimentary for our readers in the UK and elsewhere. But in the US, where the labour movement has been decimated, it is a big deal).

“The historic and hard-earned right of American workers to join a union, which was recognised in the 1930s, [must be] given life in the 21st century,” said Leo Strine, a member of the coalition, a former chief justice of the Delaware supreme court and one of the most influential judges in US corporate law.

Convincing investors that this is the way may be a challenge. Traditional investors, of course, see unions as an impediment to profit maximisation. Amazon is currently fighting hard to stop its employees at a distribution centre in Alabama from unionising. If its workers succeed in organising, we will eat our hat if the company’s stock price rises on the news.

But workers’ rights often fall by the wayside for ESG investors as well. Strine has highlighted this problem in the past, calling for a new “E” (for employees) to be added to the ESG acronym. But he believes some larger fund managers are coming around to the big picture.

“You can’t have the centre hold, if the capitalist system is not good to the many who make it work,” he said. “And ultimately for the investment community, if the centre doesn’t hold there are going to be radical changes that affect them as well.” (Billy Nauman)

Grit in the oyster

Over the past couple of years, RWE — which has long held the ignominious distinction of being one of Europe’s largest emitters — has set out on a campaign to rebrand itself as a renewable energy company. But RWE’s recently filed lawsuit that seeks €1.4bn in compensation from the Netherlands has climate activists (many of whom already questioned its commitment to decarbonisation) crying foul.

The German utility is trying to get the Netherlands to pay for forcing it to close its Eemshaven power plant.

Germany set aside money for companies such as RWE as part of its plan to exit coal, so such a payment would not be unprecedented. But since the plant in question came online only in 2015, activists say RWE should have been aware of the risk that coal power would be banned and should not be bailed out for its poor planning.

“The fact that the company is now suing an EU member state for its attempt to comply with the Paris agreement, is a slap in the face of taxpayers, who may be forced to pay for RWE’s ignorant investment decisions,” said Sebastian Rötters, energy campaigner with Urgewald.

If you want more climate litigation news, check out this week’s Energy Source, which has a warning for European companies and a new report from ClientEarth, which examines UK companies potentially breaching the law with their climate disclosures.

The Best Smart Home Hubs to Control All Your Devices

Monica Lewinsky, famous for her affair with Bill Clinton, is now an activist
1 min ago

Monica Lewinsky, famous for her affair with Bill Clinton, is now an activist 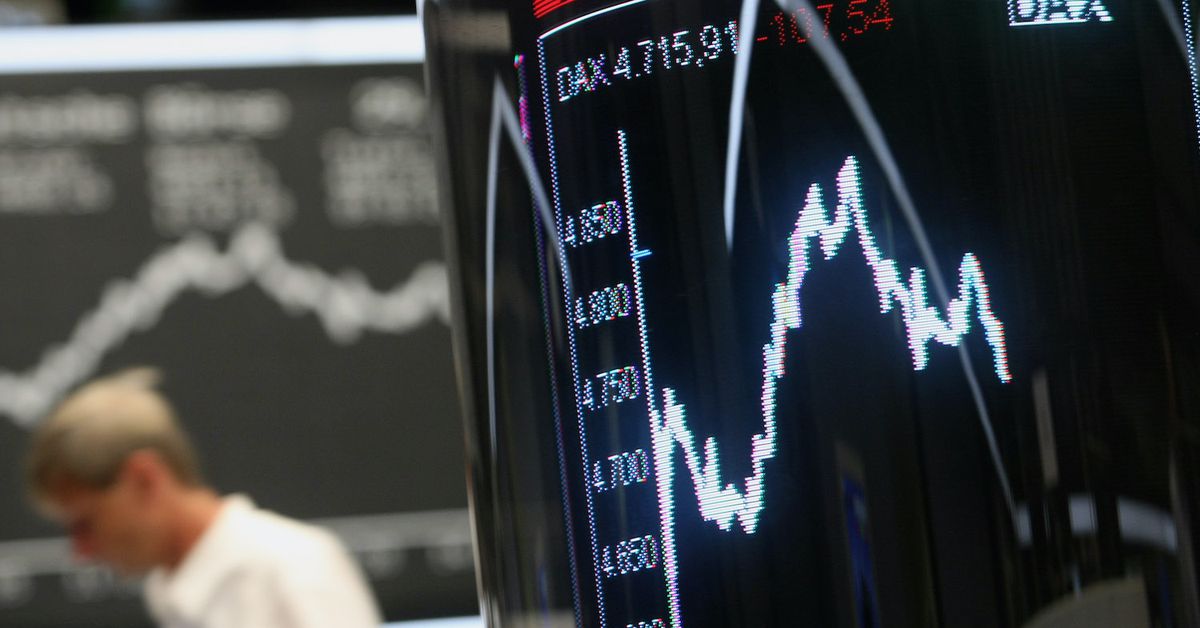 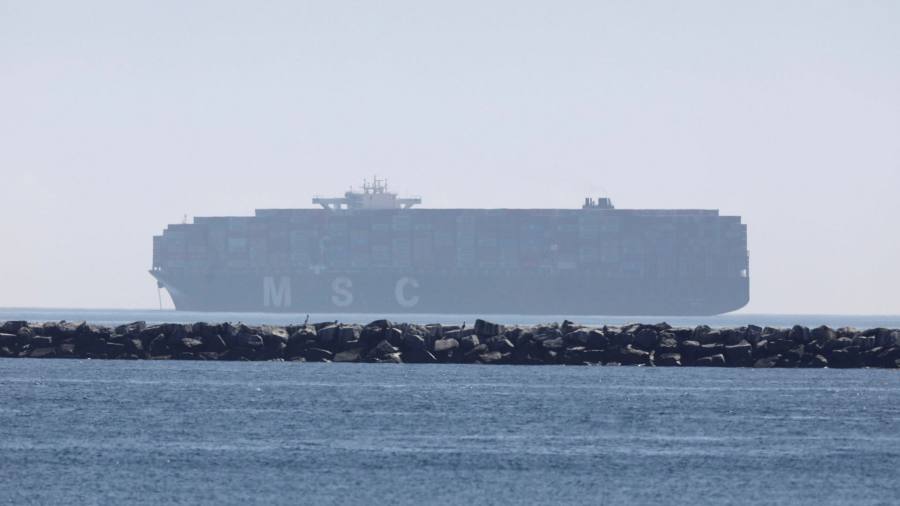