Sign up to myFT Daily Digest to be the first to know about UK energy news.

The UK energy market is having its Buffett moment.

Instead of the tide, it’s gasfields, wind speeds, interconnector cables and storage facilities that are down or out, leading to a tripling of gas prices this year and record electricity prices in the wholesale market.

And while the Oracle of Omaha’s analogy concerned the perils swimming naked, this time it’s UK suppliers that have been caught without their hedges on.

The energy retail market is facing a wave of failures, thanks in part of inadequate hedging of pricing risk. That presents a short-term crisis requiring government intervention and a longer-term challenge to a policy approach that has prioritised competition over the soundness of market participants.

The universe of UK retail energy suppliers, which had expanded from about 10 in the mid-2000s to a peak of 70 by 2017, looks set to shrink significantly: it is already down to roughly 45 after a clutch of failures in August. Some predictions see a further drastic reduction, without government action, by the end of the year.

This trajectory has been the result of policy that set the bar to entering the market deliberately low, that encouraged switching to companies with loss-leading promotional tariffs and that did not underpin the market with meaningful vetting of suppliers and their risk management.

Regulator Ofgem, to be fair, has tightened up the rules more recently. But the energy market has in effect been operating without much in the way of prudential regulation.

Just as the credit crunch revealed undercapitalisation and egregious risk-taking in the banking sector, this squeeze in a market where retail prices have been capped since 2019 — and wholesale prices are not — will lead to failures among suppliers that launched with few questions asked, using off-the-shelf software — the “supplier in a box” model.

The first problem will be to clear up the failures. Even the biggest utilities, whose capacity has shrunk along with their market share, could struggle to take on a company the size of Bulb, which has 1.7m customers and is currently in talks to secure new funding. Integrating more than one or two other suppliers at any one time is probably unfeasible for most.

It would also be costly. Price caps have worked in a benign wholesale price environment, and where companies have protected themselves against volatility by buying energy ahead or hedging their risk.

But the current cost of supply, reckons Cornwall Insight, is £200 above the new price cap on standard tariffs, which will rise by £139 to £1,277 this October. In the absence of hedging, customers switching to the cheapest tariffs a few months ago are now lossmakers to the tune of several hundred pounds each, as well as carrying significant liability if prices rise further.

That is why a “bad bank” may be needed. Ofgem, using the special administration regime, can already run failed companies until customers can be absorbed by the market. It or another vehicle could handle the most lossmaking customers, where parts of businesses can be taken on by healthier competitors.

Broader liquidity support could be needed to support the sector overall. This would need to avoid simply delaying failures at further cost to the taxpayer, notes Josh Buckland at Flint Global. But cherry-picking of profitable customers, as implied by the bad bank structure, should probably be kept to a minimum. And state-backed loans could help stronger groups (as in the banking crisis) absorb their beleaguered peers.

Capital in the UK banking system is now three times higher than before the financial crisis. The longer-term challenge for the energy market will similarly be to reregulate the sector to prevent the socialisation of losses that result from poor business decisions — as well as giving more thought to how the sector should handle the requirements of moving to net zero.

That shouldn’t mean ditching the price cap, which has forced bigger, flabbier businesses to compete rather than overcharging their stickiest customers. But it does mean balancing that cap with tougher oversight of risk management and hedging, collateral requirements and rules on how companies use customer credit balances.

The government’s retail energy strategy published in July focused largely on encouraging more switching, including through automatic opt-in or opt-models that would cause “chaos” in the words of one analyst.

The end result of the current crisis should be to ensure that when customers are switching, it’s to a supplier that is at least fully clothed. 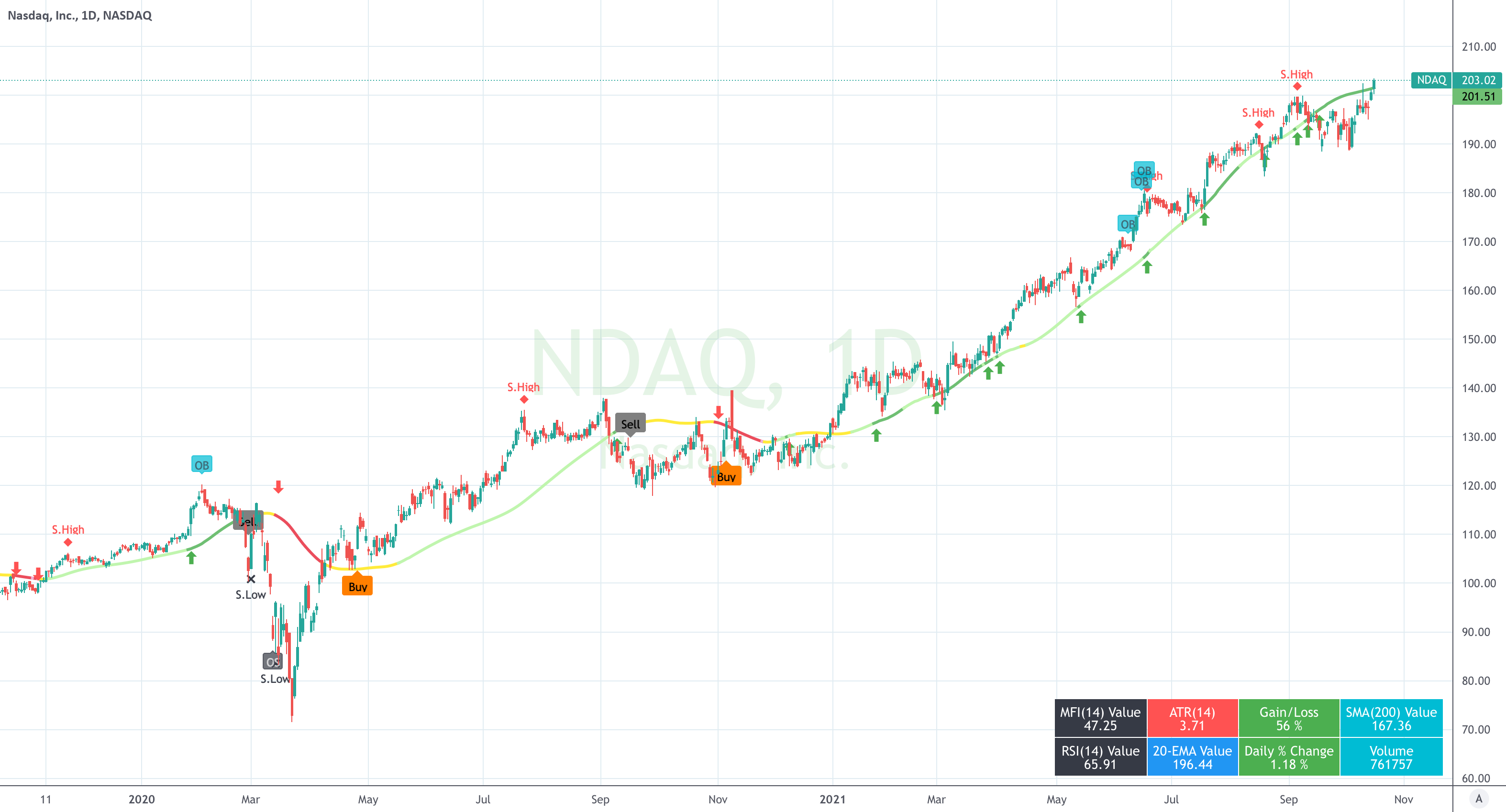 Long-Term Wealth Generation with NDAQ for NASDAQ:NDAQ by DevilTrader168
5 mins ago