Hi friends! Looking at the weekly chart, we can see that BTC appears to be holding support on the 50 week moving average, in an atypical display of strength. I’m calling this “atypical,” because (as I showed in a previous analysis) BTC has always broken down below the 50 week after an initial test of it after a bull market. Literally, after every single bull market in BTC’s history, a test of the 50 week produced a failure, which resulted in a continuation of the bear market. Today, we’re seeing something a bit different. BTC is holding the 50 week, and it has also produced a higher high on the daily and weekly timeframes. So, that is definitely more bullish action than we’ve seen in prior bear market rallies. Moreover, the BTC bulls have managed to push the weekly RSI well above the 54 level, which I have shown is a critical indicator of a bull or bear market. When BTC is below 54 on the weekly RSI , we are generally in a bear market, and when BTC is above 54, it is generally a bull market. So, a hold of the 50 week with a higher high and an RSI that is above 54 are all strong indicators that this is a bullish continuation. Also, the formation that is being printed on the daily chart , from the all time high to today’s action, is a quasi inverted head and shoulders pattern, which just produced a breakout above the neckline yesterday. So, that too, is very bullish looking action.

While I have been quite bearish since the all time high, I’ve been perplexed by a potentially bullish feature on this chart which I haven’t really shared yet. That is simply the fact that BTC never physically tested my blue regression arc. You can see that it has tested it with each bull market. However, with this one, it never quite made it up there. Right now the regression arc is around 90,000. Additionally, if you look at the wave structure of the recent bull market, you can see that it appears to be an incomplete five wave impulse, with the current action potentially being the fifth wave. If that is the case, I do see that a fifth wave could take BTC up toward the 90,000 level, where it would touch my regression arc, and that would likely be the actual top of the bull market.

Adding to the bullish case, BTC is above all major moving averages on the daily timeframe , and it has even forced a golden cross on the chart. So, as BTC has shown this renewed strength (which I honestly didn’t expect) I am definitely leaning bullish here. I’m cautiously optimistic that a more substantial recovery is developing.

However, before we get too bullish , there is one particularly ominous indicator on this chart. That is the weekly bearish reversal signal. As you can see, there hasn’t yet been a bullish weekly reversal signal here, and while that can certainly change, the signal is currently bearish . While I would love to tell you that the overall picture is clearly bearish right now, that just isn’t the case. The technical picture appears to be shifting back to the bullish side, even here on the weekly timeframe .

My preferred method of trading this, would be to go long with relatively tight stops in place, just in case the market turns to the downside, and we get a huge fake out here. Remember, BTC has never recovered in previous bear markets, after the initial test of the 50 week moving average. So, this would be a first. With that said, the aforementioned indicators warrant a long position, with stops in place to prevent heavy losses in the event of a fake out. As long as BTC is strongly above that 54 level on the weekly RSI , I have to side with the bulls.

I’m The Master of The Charts, The Professor, The Legend, The King, and I go by the name of Magic! Au revoir.

***This information is not a recommendation to buy or sell. It is to be used for educational purposes only.***

Assumptions Can Hold Your Company’s Success Hostage. Here’s How to Fight Them
3 mins ago 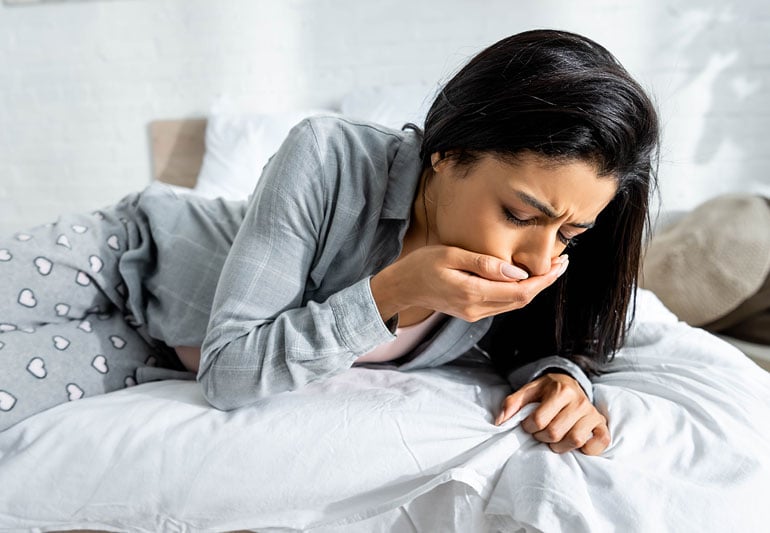 Are You Pregnant? 10 Early Pregnancy Signs
4 mins ago