Fueled by pandemic restrictions, Animal Crossing: New Horizons became a destination for major events during 2020 and 2021. Protests, political campaigns, and celebrity talk shows happened alongside the game’s own seasonal events. But when putting together its exhibition on the stories of New Horizon players, the National Videogame Museum found that people were sharing things that were much more personal.

“[We were] half expecting that a lot of the submissions would be people responding to [major] events in their own way, but we found that people were marching to their own drumbeat,” says marketing and communications director Conor Clarke. “They’re not just personal [stories] in that they’re personal responses to outside events, but they’re making … the events themselves.”

The Museum opened their call for entries in December, closing them a few months later so that they could capture a record of the game’s first year. “It really all started with that perfect storm of the game being released coincidentally at the moment at which many countries either went into lockdown or adopted social distancing measures,” says Claire Mead, program and collections manager. “The whole idea behind this project is being able to collect these stories and really focus not so much on the game itself, but the way in which different players have been able to shape their experience of the game.”

The exhibition, titled the Animal Crossing Diaries, launched September 2nd. Building it up from the submitted stories, Mead found that where people weren’t talking about brands or organizations using the game, they were focused on things they were building themselves, or with their communities. “Somebody putting on an exhibition in a house that they’ve purpose-built as their own gallery, or somebody creating a Halloween event for the whole neighborhood and actually learning how to play Animal Crossing because the neighborhood kids were playing.”

Sometimes these events were linked to things in the outside world. But the museum’s timeline of Animal Crossing stories is also filled with people trying to inject a bit of novelty into the monotony of pandemic life. Mead mentions Nintendo South Wales (fans who are unaffiliated with the company) who created a “shutterbug off” event using the game’s photography mechanics and abundance of nature. “[That was] based on a member of the group saying that they really missed just going out in the group in nature with people and trying to reconnect with nature even in lockdown,” she says. The exhibition page for the event includes a video that shows off many of the photos taken by the club’s members.

As well as using a timeline of the game’s first year to highlight moments like these, the website offers a “random” button for diving into more of the diaries. But to allow (virtual) exhibition attendees to explore in a more structured way, the museum’s curatorial team found that entries fit into several broad categories: keeping a routine, making your space, representing yourself, sharing creativity, and staying in touch. By browsing in each, it’s possible to get a real sense for the many different ways people have experienced the game. For example, the shutterbug-off falls under sharing creativity, as does everything from using the built-in fashion designing mechanics to using the game to create poetry or podcasts.

When building the #AnimalCrossingDiaries, we were blown away by the amount of awesome videos people sent through.

From island tours, to short films, to so much more. The creativity on show is awe inspiring.

Here’s a short selection of some of those videos: pic.twitter.com/qu9uNiNyLi

The themes are also designed to make the exhibition understandable for people who may not have played New Horizons, or who may not play games at all. “Keeping a routine [or] staying in touch, and trying to create your own controlled predictable safe environment during an uncertain time are just universal experiences that we’ve all felt in the past year,” says Mead. “So for us it was really about also getting people who do not play Animal Crossing to approach those themes and understand how the game helped with that. And challenge their assumptions a bit more about what a game even is in the first place.”

Though the exhibition focuses on players’ experiences of the first year of the game, it remains open to submissions for potential future showcases. Mead has several potential avenues that she says she would be interested in exploring, like inclusivity.

“There’s been lots of really interesting conversations around skin tone in the game … as well as gender inclusion and just having gender neutral options in the English version,” she says. But there are also topics she would like to see the museum explore critically, like the presence of brands and political parties in the game, or its reflection of colonialism. “[There’s] the whole optics of arriving on a deserted island or going to other islands and completely ransacking them for resources. That was definitely a case of understanding that that is a huge subject in itself that needs proper consultation and just proper creative collaboration to explore. So I think honestly the sky’s the limit in terms of where Animal Crossing Diaries could go.”

Though the pandemic isn’t over, there is certainly a sense that things are very different than they were in New Horizon’s first year. “I think it will be very interesting, actually, to see how people’s experience of the game might evolve and shift,” says Mead. But even with fewer worldwide lockdowns, the stories the museum has curated have demonstrated that the game will continue to be a place of respite and enjoyment for many.

Clarke refers to an entry by Lisa Walker, who was diagnosed with the chronic health condition myalgic encephalomyelitis (M.E., also sometimes known as chronic fatigue syndrome) in 2019. She writes about many of the themes that emerged in others’ stories: the outdoor escape, creating a daily routine, and being able to participate in events like New Year’s from home. But she’s also aware that as lockdowns ease, she won’t be one of the people completely swapping out their New Horizons life for physical adventures.

“I hope the Covid-19 pandemic will be more under control; so that people can return to their lives and the lockdowns will ease,” reads the diary entry. “I imagine some of the Animal Crossing islands will end up deserted again; but, as one of the many people living with M.E., my island life will certainly continue.”

For Clarke, this highlighted the potential for continuing to gather stories even as New Horizons becomes decoupled from pandemic life. “The stories we’re collecting are way more universal than that. When you read [something] like that you’re like, ‘Yeah, we’ve gotta keep collecting.’”

If the Pandemic Changed Your Drinking Habits, You’re Not Alone 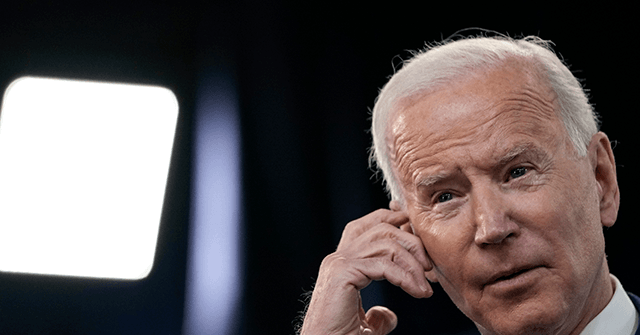 Apple to give $1,000 bonus to retail employees ahead of the launch of iPhone 13
6 mins ago

Apple to give $1,000 bonus to retail employees ahead of the launch of iPhone 13