Primarily considered a fringe purchase a couple of decades ago, electric vehicles (EVs) are now firmly ensconced in the mainstream automotive landscape. Tesla may have made the biggest splash, but the most prominent manufacturers have begun producing their own EVs and hybrids for several years. With even luxury brands like Mercedes-Benz, Lexus, and Cadillac getting into the segment, some of today’s most eco-conscious vehicles are some of the hottest cars on the market.

Take the highly anticipated 2022 Mercedes-Benz EQS. Early reviews say this car delivers in a big way. If you’re a Mercedes-Benz enthusiast, you may be less curious about its performance and features and wonder instead how soon you can get your hands on one.

Inside the 2022 Mercedes-Benz EQS

Before we get to the release date, let’s take a look at Mercedes-Benz’s latest offering. The EQS is an intriguingly styled two-toned luxury sedan whose windshield nearly extends to its wheels and a short hood. Not only does this add to the attractiveness of the exterior, but it also adds cabin space. But don’t let the shortened hood fool you.

The Mercedes-Benz EQS yields plenty of power with a 107.8 kWh battery delivering an estimated 478 miles of driving range. For the base model EQS 450+, this figure is not yet confirmed by the EPA, and MotorTrend predicts that the final confirmed range will be in the neighborhood of 400 miles.

If so, the EQS would still have an impressive driving range. The 450+ also will produce 329 hp and 406 ft-lb of torque. There will also be a more powerful 580 4Matic version that produces 516 hp and 611 lb-ft of torque. Both versions also sport a grille filled with tiny three-pointed stars, a panoramic sunroof, and power retracting door handles on the outside, and even more futuristic styling and features on the inside.

One of the most noticeable is the Hyperscreen, a 56-inch wide panel that covers three integrated touchscreens. The Hyperscreen consists of a 12.3-inch digital gauge cluster, a 17.7-inch touchscreen, and a third screen in front of the front passenger. It is optional on the 450+ and standard on the 580 4Matic.

In addition to the Hyperscreen, the Mercedes-Benz EQS offers optional head-up displays that use augmented reality tech to provide advanced driver safety alerts. There are Level 2 driving aids preloaded that help with semi-autonomous driving. A 15-speaker sound system comes standard. And there are programmable doors and 10 USB-C ports, all standard, as well as ambient lighting and ambient noise to match your mood.

The EQS is designed to compete squarely with the Tesla Model S — Tesla’s own luxury sedan. How does the Tesla stack up?

RELATED: Only 1 Mercedes-Benz SUV Was Recommended by Consumer Reports in 2021

The Tesla Model S also has fresh exterior styling, with a decidedly futuristic bent, a more polished hood, and a more defined rear than prior year versions. The 2021 Model S is widely lauded for its acceleration and driving range.

In a MotorTrend road test, the Model S hit 60 mph in a lightning-quick 2.28 seconds, while under the hood, the Model S’s 100 kWh battery can hit a top speed of 163 mph and last up to 402 miles on a single charge. It also handles quite well on the road, providing a comfortable ride and responsive steering.

Inside the Model S, you won’t find a Hyperscreen, but you will find plenty of other features to love, including a 17-inch touchscreen that’s quite easy to use and is compatible with Netflix, Hulu, Spotify, and YouTube. It supports game controllers that can be connected via USB and has a feature called Tesla Arcade that lets passengers play video games while riding. The Model S even comes preloaded with karaoke songs drivers can sing along to.

The cabin space is not only packed with cool amenities, but it’s also huge and comes with a 26 cubic foot trunk. Model S owners also get access to a range of Level 2 semi-autonomous driving features that can make long drives much easier to complete. It’s a pretty impressive vehicle, all things considered, and likely worth its six-figure price range. And with a final EQS price and driving range unknown, it’s unclear just how much traction the EQS will gain.

When can we expect the Mercedes-Benz EQS?

These unknowns will be revealed when the Mercedes-Benz EQS hits dealerships this Fall. Already, the hype is building. The Hyperscreen alone provides a potentially trendsetting feature that will fuel some prospective buyer’s enthusiasm. Moreover, the higher the driving range the EQS is rated for, the more prospective buyers can partially justify this to themselves as a value play. Although with a starting price estimated to be over six figures, most will simply embrace it as the luxury play that it is.

As to which is the better option, time will tell. The EQS appears even more forward-looking than the Tesla, but it has the benefit of hindsight. Tesla’s broad span of luxury amenities is already a hit with buyers. While the Hyperscreen has created a buzz, it remains to be seen how well the EQS integrates all of its features into an all-encompassing luxury experience.

That said, it’s a Mercedes-Benz — a brand with an excellent track record. Smart money is on the EQS as a real future rival to the Tesla Model S. But even if it doesn’t gain the kind of traction one expects, we still want that Hyperscreen. 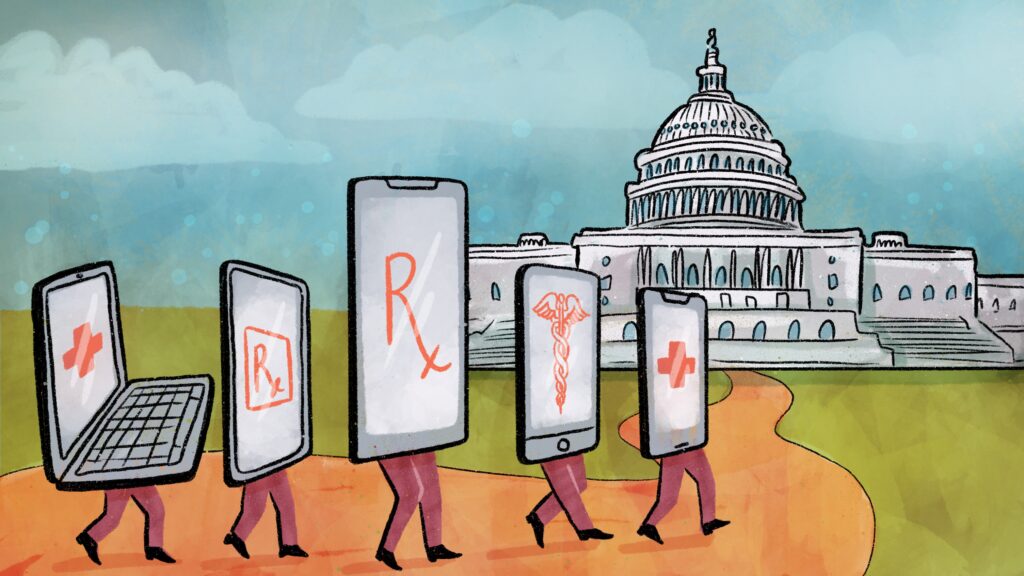 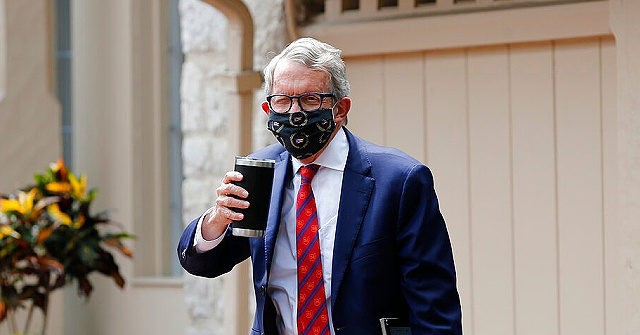 Gov. Mike DeWine Coaxes Ohioans into Getting Vaccinated with $1 Million
1 min ago

Gov. Mike DeWine Coaxes Ohioans into Getting Vaccinated with $1 Million 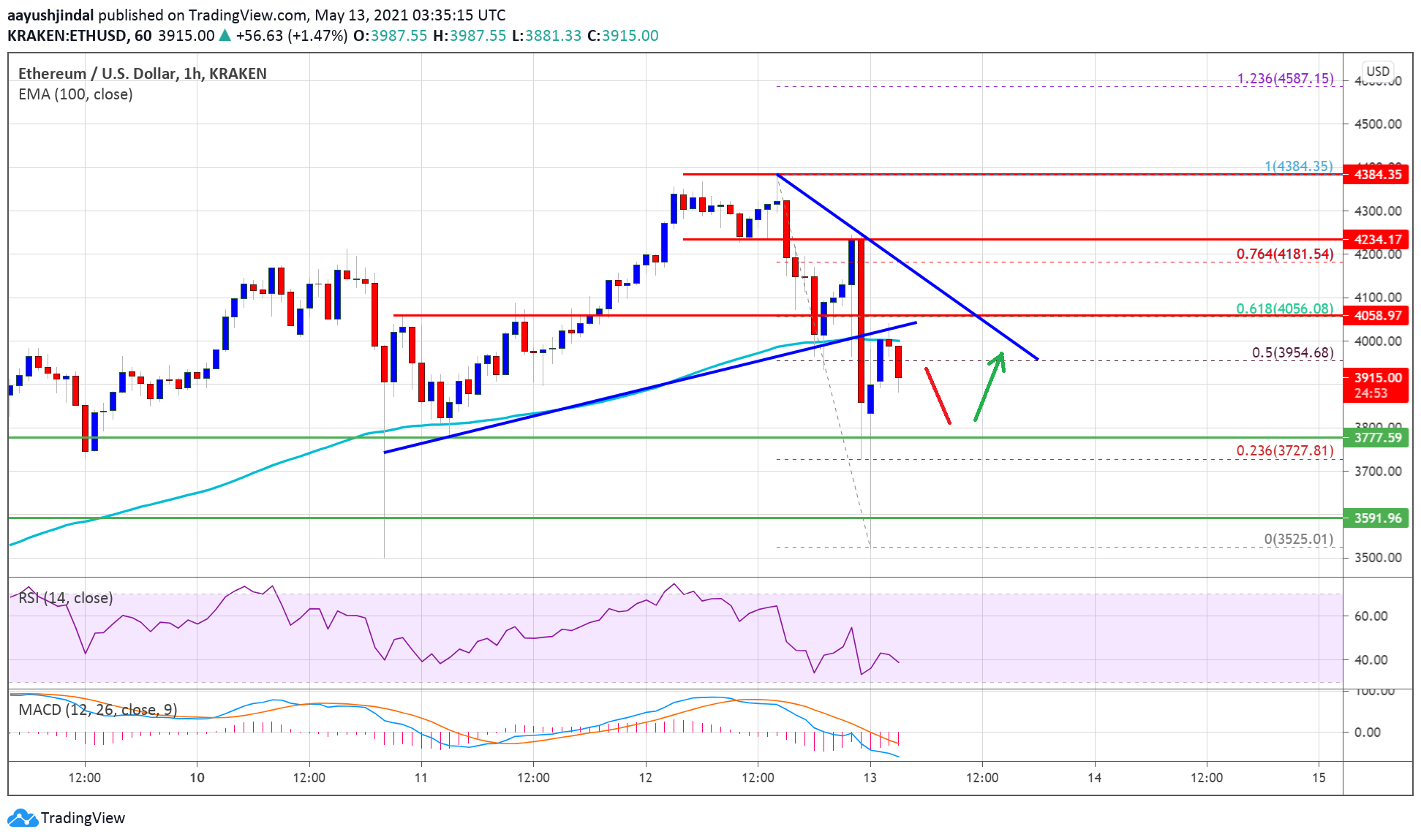 TA: Ethereum Dives Below $4K, Here’s Why ETH Could Struggle In Short-Term
4 mins ago

TA: Ethereum Dives Below $4K, Here’s Why ETH Could Struggle In Short-Term

Oil Down as Ever-Rising COVID-19 Numbers in India Fans Fuel Demand Worries By Investing.com
6 mins ago