SANTA CRUZ – In the wake of Earth Day, the Santa Cruz City Council made a pledge to the environment by bringing attention to something that has hidden in plain sight for roughly 200 years.

Santa Cruz is known for its forward thinking and progressive policy making. Most recently, the seaside sanctuary has set its sight on tobacco and the harm it causes to people and the environment.

The City Council unanimously agreed to adopt a resolution to direct itself to search for possible policies that mitigate tobacco waste throughout the city and its beaches on Tuesday. Cigarette butts are the most littered item in the world, according to the Truth Initiative, an organization that focuses on tobacco education and prevention.

“Ninety percent of people in California don’t smoke, yet we all have to bear the burden of this waste everywhere,” Tara Leonard said, a health educator for the Santa Cruz County Tobacco Education and Prevent Coalition.

Cigarette butts can be found just about anywhere people are known to roam. The butts litter sidewalks, fertilize trails and bury themselves at beaches. On average, beach cleanups can collect from 2,000 to 3,000 cigarette butts within two hours, according to Leonard.

Tobacco pollution is extremely toxic to plants, animals and fish. A 2009 San Diego State study researched the effect discarded cigarette butts have on marine life. It found that even a very low concentration of cigarette butts killed 50% of the fish involved in the study. Both filters from smoked cigarettes and cigarettes that were unsmoked contributed to the deaths of fish.

“Those chemicals leak into the ground and poison plants. They leak into the water and kill fish,” Leonard said. “We’re so used to it, it’s almost invisible. When you start to talk to people about it, when you make them see it, they can’t stop seeing it.”

Enter Ben Judkins and Taylor Lane. What started as an attempt by the duo to win a local surf craft building competition turned into a global movement almost overnight. The competition required the contestant to build a piece of surf craft like a surfboard or bodyboard out of upcycled materials, which is waste that is repurposed for something useful.

The friends’ first attempt at the competition in 2016 did not see them on the leaderboard, so it was back to the drawing board for them. After evaluation of the winners and losers of the competition, Judkins and Lane determined all the winners created surfboards.

That’s when the duo conceived the idea of a surfboard made of cigarette butts. In 2017, they won the competition with their cigarette surfboard, which actually works ­– a requirement of the competition. A subsequent feature by the Orange County Register newspaper led to a global movement.

“The next morning, we woke up it kind of went viral. Since then, we committed ourselves to making an environmental surf documentary,” Lane said. “This is so much bigger of an issue than we originally realized. Throughout the process of filming, we realized this is a heavy subject, but we had the beauty of the surfboard to tell a more fun and engaging story.”

The success of the first board pushed Lane and Judkins to build 15 boards. As Lane shaped more boards, they became more functional, something he said was important to drive the message home even further.

All 15 boards are constructed from cigarette butts that were recovered from beaches, Lane noted. The move was intentional. That way Lane and Judkins could tie in the narrative of cigarettes and beach litter.

“Having this broad spectrum of reaction to the boards, it’s a piece of functional art. This tiny piece of waste that collectively is this way bigger problem,” Judkins said. “You don’t think of cigarette butts and surfing as this traditional mix. Everyone has this really visceral reaction to it.”

Judkins, who earned a film degree at UC Santa Cruz, and Lane, a San Jose State graduate with a degree in design, began filming in 2017. Their boards have traveled the world to be surfed by wave riding legends around the globe as part of the documentary.

“It’s taking this broad array of people who have as surfers realized they can give back to the ocean in some form from business to education to politics to individual habit change and the surfboard is the connecting thread between all of these different characters,” Judkins said.

Judkins and Lane plan to use the documentary to educate people on the effects of tobacco litter on the environment, but more specifically the ocean. They want to bring the boards they constructed and the film to schools to educate children, too.

While the film talks about a serious issue, the team wants to avoid the doom and gloom cliché of nature documentaries. Instead, it aimed to inspire people to make a difference in their communities.

“We wanted this film to feel different. People get the environment is messed up,” Lane said. “What people need is solutions and they need inspiration. That is something that has been the main focus on this film.”

The Cigarette Surfboard and its accompanying film are the result of grassroots campaigns that have taken the global stage. It is one of many that have aimed to better the environment and end tobacco waste.

Putting out the problem

Santa Cruz isn’t new to tobacco waste awareness and prevention. The county banned smoking in public places in 1985, 19 years before the ban went into effect across the country.

A 2009 amendment to a city ordinance took the ban a step further. The ordinance prohibited smoking on the Wharf, beaches, near the Boardwalk and along the popular walking and biking route West Cliff Drive. California law followed a decade later.

“When you start small sometimes it gets picked up,” Councilwoman Martine Watkins said of the power of local policy. “When more jurisdictions start to do it throughout the state you start to see state policy shift. That’s the cool thing you can do at the local level that reflect health values you have as a city.”

Despite policies restraining tobacco use in public places, cigarette butts continue to be found everywhere. The answer to that contradiction is a lack of enforcement. The response to said lack of enforcement is equally as puzzling.

Tobacco waste mitigation policymakers have been told to add more ashtrays to areas and smoking litter will go down, Leonard said. However, a solution like that is counterintuitive. Adding ashtrays to non-smoking areas is, at its essence, an oxymoron.

However, tobacco cigarettes aren’t the only issue. The emergence of e-cigarettes and vaporizers have set back progress made on the effort to mitigate tobacco waste.

They have contributed to tobacco waste in similar yet different ways than traditional cigarettes. Instead of cigarette butts, e-cigarettes and vaporizers have left behind cartridges that leak nicotine juice similar to how filters leak tobacco residue, Leonard said.

E-cigarettes also have a unique problem to nicotine products. They have batteries that need to be disposed of properly or they serve as an additional environmental risk. E-cigarettes and vaporizers also became popular with minors, which led Watsonville City Council to ban their sale in 2019.

A similar grassroots campaign saw the sale of flavored e-cigarette juice banned in Santa Cruz in late 2018. The policy quickly spread throughout the county and eventually to the state level by late 2020.

“All these things take time, but I think the importance of starting local is that’s where really a stronghold can be established,” Lane said. “The next town over is like, ‘Maybe we can try that, too.’ It always starts at a small, grassroots level and grows legs further and further.”

In order to enact change, legislators and organizers must chip away at tobacco-related issues, Leonard said. The goal is to get retailers to imagine what their stores would be like without tobacco products on the shelves. As the legislature comes, the public becomes educated and retailers have an opportunity to replace tobacco with other products.

While the City Council’s action on Tuesday was just an acknowledgment of the problem, it opens the door for further discussion. Councilman Justin Cummings got the ball rolling with the suggestion of a possible plastic lighter ban.

“It’s really just starting the conversation. Ideally to get policy change, hopefully at the state level,” Watkins said of the resolution. “There’s a lot of potential with it. That’s what we’re exploring. How we start the conversation, how we raise awareness and how we move the needle on this.” 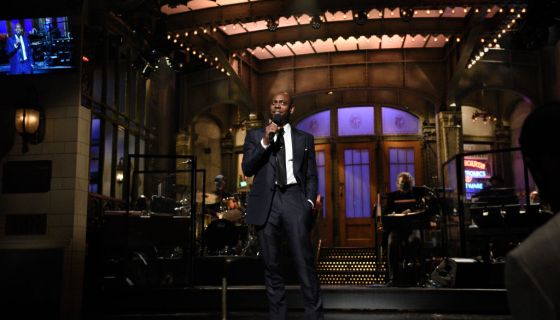