It’s long been known that the Vikings were the first Europeans to make the long journey to the Americas, arriving in what is now Canada sometime around the end of the first millennium.

But a new article in the journal Nature is the first to pinpoint a precise date: 1021, exactly 1,000 years ago — beating the arrival of Christopher Columbus by nearly 500 years.

The research comes from the only confirmed Norse archeological site in the Americas outside of Greenland, a settlement on the northernmost tip of Newfoundland called L’Anse aux Meadows.

A team of scientists, led by Margot Kuitems and Michael Dee of the University of Groningen in the Netherlands examined four pieces of wood recovered at L’Anse aux Meadows. The samples were no more than discarded sticks and tree trunks, but each had an important marker of at least one clean edge, indicating it had been cut by a metal tool.

Researchers know those items and the cuts belonged to the Norse, as the Indigenous inhabitants in that area at the time didn’t have metal tools.

The findings, the earliest such evidence of Viking travels to North America, provides important context into the history of North America and European travels to the continent.

The report provides a specific, independently obtained date — one that doesn’t rely on old texts for verification.

“It allows us to look more closely at the historical evidence with this fixed point in time in mind,” Dee told NPR.

Their research all started nearly four years ago when the two wanted to test their new method of radiocarbon dating, which examines tree rings for rare solar storms.

In the year 993, unusual cosmic ray activities resulted in a worldwide dip in atmospheric radiocarbon that can be observed in individual tree rings. In other words, if a tree was alive in the year 993, using carbon dating techniques on its tree rings — even long after the tree’s death — can reveal exactly which year it was cut by locating the ring with the carbon anomaly, then simply counting outward.

The two said they had an inkling that the Viking journey to North America likely happened around 993. They deduced the items collected from the settlement in Newfoundland would be a good starting point.

With the hodgepodge of wood collected from the storage facility in Dartmouth, Nova Scotia that housed the Norse artifacts, they traveled back to their lab in the Netherlands to painstakingly analyze each of the wooden artifacts.

The wood remains the researchers studied were not used by the Vikings for building homes or creating tools, but that was perfect for their analysis of the rings, Kuitems said. Because they were not externally altered, the rings were in a perfect state to be analyzed.

Collectively, they were able to identify 83 individual tree rings in the items. From there, they used their carbon dating technique to determine the year they were cut.

When the researchers dated the wood, they found that 1021 was “the only secure calendar date” for the presence of Europeans across the Atlantic — especially given the “notable and unexpected” finding that all three trees appear to have been cut down in the same year.

This work only finished earlier this year, they said, but their excitement never waned.

Kuitems said, “It’s been an exciting project from start to finish.”

The two researchers said the worldwide attention their report has received has been both exciting and a bit overwhelming. But they remain hopeful this attention could motivate other researchers to use their method of carbon dating for other purposes.

“We are kind of hoping that our radio carbon dating community pick up on this and apply it to other contexts” including historical, archaeological and other sciences, Dee said. “We are hoping this will be used widely for all sorts of questions where one needs to get a specific date for a specific context.” 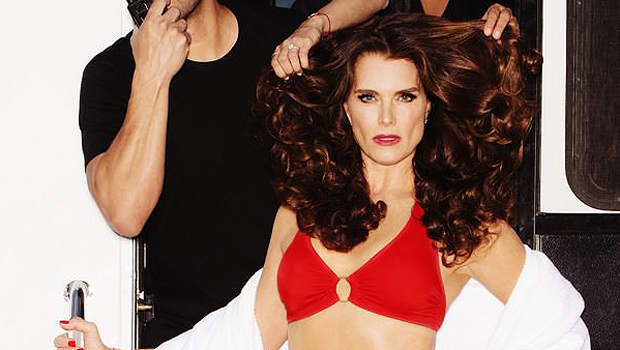 Brooke Shields, 56, Rocks A Strapless Red Swimsuit As She Goes For A Dip On Thanksgiving — Photos
1 second ago

If We Find Fossils On Mars, They Could Be Fake, Scientists Warn
8 mins ago