Tempest Storm, one of the most celebrated strippers of midcentury burlesque, who continued plying her craft until she was in her 80s — not because she had to, but because she could — died on Tuesday at her home in Las Vegas. She was 93.

Routinely named in the same ardent breath as the great 20th-century ecdysiasts Lili St. Cyr, Blaze Starr and Gypsy Rose Lee, Ms. Storm was every inch as ecdysiastical as they, and for far longer. Almost certainly the last of her ilk, she was, at her height in the 1950s and early ’60s, famous the world over, as celebrated for her flame-red tresses as for her vaunted 40-inch bust.

Playing burlesque stages in New York, Los Angeles, Las Vegas, the Bay Area, London and elsewhere, she was reported to earn $100,000 a year in the mid-1950s (the equivalent of about $950,000 today). Her breasts were said to be insured with Lloyd’s of London for $1 million. “Tempest in a D-Cup,” the headlines called her; “The Girl Who Goes 3-D Two Better.”

Visiting the University of Colorado in 1955, Ms. Storm precipitated a riot among eager male students that caused hundreds of dollars’ worth of damage — by doing nothing more than removing her mink coat.

Along the way she acquired four husbands and many lovers, among whom she said were John F. Kennedy (“He was a great man in everything he did,” she said) and Elvis Presley (“He really was the King”), while losing, night after night, her mink, gloves, gown, pearls and hat — though retaining her G-string and fishnet bra, and with them her virtue.

“I think taking off all your clothes — and I’ve never taken off all my clothes — is not only immoral but boring,” Ms. Storm told The Wall Street Journal in 1969. “There has to be something left to the imagination. If you take everything off, you please a few morons and chase all the nice people away.”

She began her career in burlesque’s golden twilight, performing to a live band amid clouds of feathers and sequins, with elaborately staged production numbers featuring flocks of chorus girls and punctuated by winking asides from baggy-pants comics.

She continued through the waning of the genre, brought on in the 1960s by television; through its death rattle, sounded amid the feminist sensibilities of the 1970s; and — against all expectations except, perhaps, her own — on into the 21st century.

A “vintage stripper,” The New York Times was already calling Ms. Storm in 1973, when, as it turned out, she had more than 40 years to go.

Ms. Storm could scarcely have envisioned a career of such length — or, for that matter, a career in the field at all — when she was plain Annie Blanche Banks of Eastman, Ga.

She was born there on Feb. 29, 1928, the daughter of poor sharecroppers soon to be made poorer by the Depression. Her parents’ marriage ended before she was born, and after her mother remarried, Annie became the family Cinderella.

“I never knew my dad,” she told The Daily News of New York in 1965 in her still-rich Georgia drawl. “I had three stepsisters and two stepbrothers. And I did all the chores: cookin’, cleanin’ and bed makin’. All the while I wanted to be a movie star.”

She left home at 14 but got only as far as Columbus, Ga., where she held a variety of jobs, including inspector in a hosiery plant. She married a Marine soon afterward, though the marriage was annulled about a day later. In her midteens she wed a shoe salesman, though that marriage, too, was short-lived.

By the time she was in her late teens she had made her way to Los Angeles, where she found work as a cocktail waitress. A customer told her she ought to be in show business and asked whether she could perform a striptease.

But the man arranged an audition with Lillian Hunt, the choreographer of the Follies Theater in downtown Los Angeles, who put her in the chorus at $40 a week.

A few weeks later, Ms. Hunt offered her a $20-a-week raise if she would strip. She nervously took the stage, wondering whether she could muster the nerve to part company with her gown.

The decision was taken out of her hands when the spotlight hit her and the gown, badly fastened, fell to the floor on its own.

For a stripper, the name Annie Blanche Banks lacked a certain je ne sais quoi, and Ms. Hunt gave her a choice of stage names: Sunny Day or Tempest Storm. She chose the more turbulent of the two, and made it her legal name in the late 1950s.

A third marriage, to the owner of a burlesque theater, ended in divorce, as did a fourth, to Herb Jeffries, who sang with Duke Ellington and starred in early Black westerns as a singing cowboy. Her marriage to Mr. Jeffries broke midcentury racial taboos, costing her work. But it was not for that reason, Ms. Storm made clear, that they divorced.

“A guy marries a girl in this business and he thinks he can handle it,” she told The Kansas City Star in 2014. “They love you when you’re engaged, but they can’t handle it when you’re married. All of a sudden they want you to wear dresses all the way up to your neck.”

Ms. Storm’s survivors include a daughter, Patricia Jeffries, and a granddaughter.

Through all the years, Ms. Storm kept moving, through the occasional arrests for indecency, through the closing of one burlesque house after another, through a fall onstage in her early 80s in which she broke her hip, through audiences who left in the middle of her act because, in the age of cable TV and the internet, they found it too tame.

She persevered, appearing in Las Vegas nightclubs and at burlesque festivals and nostalgia nights — her figure as shapely, and her hair as red, as ever.

“I guess I’d miss it when they stopped looking,” she told the British newspaper The Independent in 1996, when she was 68. “So I make sure they do look.” 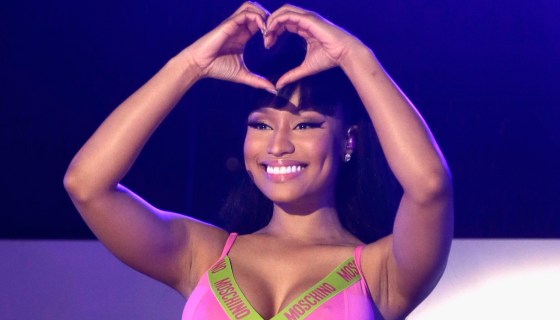 What is the future of money and cash? – Investment Watch
5 mins ago