Perfection is so hard to achieve – but man, did All Elite Wrestling come close on a night that will be remembered forever in pro wrestling. The industry will never be the same.

AEW’s ‘All Out’ pay-per-view delivered the debut of former WWE stars Ruby Soho, Adam Cole and Bryan Danielson, CM Punk’s first match in more than seven years, and an absolute classic steel cage match that saw the Lucha Brothers defeat The Young Buck to become tag team champions. This wasn’t a night filled with five-star matches, but where All Out succeeded most was with logical storytelling and huge moments that pulled every ounce of emotion out of the NOW Arena crowd in Chicago on Sunday night.

It felt like the first time you could see AEW become true competition for WWE – not NXT, but WWE. Danielson said it to reporters, and Chris Jericho tweeted “Tonight the game changed” after the show.

It was a little more than two years ago when everyone wondered if AEW or NXT were going to win the Wednesday night ratings war. Fast forward, and AEW won handily and is now growing rapidly, adding three of the bigger names in the industry in less than a month. Punk – the guy everyone wanted WWE to bring back – showed he still had a very good match in his victory over Darby Allin, and AEW officially signed a member of this year’s WrestleMania main event in Danielson and the biggest star in NXT during the war in Cole.

Let that sink in. The guy WWE had leading its charge for NXT just switched teams.

AEW even added a swerve to it all. Cole, who is very close with The Young Bucks and is the boyfriend of women’s champion Dr. Britt Baker, debuted first after Kenny Omega retained his world championship against Christian Cage in a solid main event with an avalanche One-Winged Angel. He quickly superkicked Jungle Boy to rejoin the group he was a part of during their time in Ring of Honor and New Japan Pro Wrestling. Just when you thought they were out of surprises, Danielson’s music hit, and he eventually stormed the ring to even the odd with Jurassic Express and Cage, setting up an instant storyline with The Elite.

It all made Punk’s return to the ring somewhat of a secondary story after he gobbled up headlines for the past two weeks. Punk, wearing full tights instead of his traditional trunks, started slow with Allin before the match peaked in the final five minutes. He grew more confident and fluid as things progressed and told the story of just being a little bit smarter and better than his game young foe. Punk sat up and smirked to avoid Allin’s Coffin Drop finisher and turned the opponent’s attempt at a Poisonranna into his signature Go To Sleep move for the win. Punk got handshakes from Sting and Allin. Expect those three to team up soon.

All of those were special moments, but the Bucks against the Lucha Brothers stole the show in-ring. These two teams are incredible whenever they face one another, but this had a different feel with Matt and Nick Jackson being the heels this time and Pentagon and Rey Fenix having the crowd fully behind them to win their first title in AEW.

There was plenty of action, some blood, a sneaker sole lined with thumb tacks and the crown hanging on every false finish. Eventually, Fenix jumped off the top of the cage onto the three other men. It gave him and his brother the opening they needed to win the match. Cameras later caught Pentagon hugging his kids and family in a super touching moment to cap it all off.

While that match relied on a ton of action, others proved how some well-crafted storytelling can leave both competitors looking good. Chris Jericho against Maxwell Jacob Freidman was the best example. A Jericho loss meant the end of his in-ring career in AEW and MJF – who used a Y2J-like countdown prior to his entrance – has only lost one single match in the company. So how do you fix that? You have MJF dealing with a “back injury” during the match, then have him declared the winner only to have things restarted because Jericho’s foot was on the rope in time. Jericho would eventually win with the Walls of Jericho, but MJF has plenty of ammunition to talk his way around his loss.

In addition, Miro was able to retain his TNT championship against Eddie Kingston, thanks to some shenanigans around the turnbuckle cover that the Yonkers native pulled off “by mistake” during the match. Kingston missed a clear chance to win after a DDT because the referee was trying to put the turnbuckle cover on. Kingston was then blocked by the ref from running Miro into the exposed turnbuckle, giving the champion an opening to eventually hit a mule kick for the win. Don’t expect this feud to be over. Kingston winning the championship at Arthur Ashe Stadium in a few weeks would be a cool moment.

Kris Statlander will have to wait for hers. The Long Island native lost clean in the middle of the ring to Baker and her Lock Jaw submission. The match over-delivered and was a long time coming after Statlander missed 10 months because of injury. The powerful Statlander was as big a threat to Baker’s title as anyone in AEW. Now that opportunity shifts to Soho, formerly Ruby Riott, after she eliminated Thunder Rosa to win the Casino Battle Royale after being the surprise joker entry.

Not everything clicked at All Out. Jon Moxley’s match against Japanese star Satoshi Kojima was hard-hitting, but went long for something that had very little story behind it. Thankfully, it led to the AEW debut of New Japan legend Minoru Suzuki. Moxley will face him Wednesday on Dynamite.

Paul Wight also made his AEW in-ring debut against QT Marshall in what felt like a throw-away match between CM Punk-Allin and the main event. Wight looked like the giant he truly is, but the crowd wasn’t really into it. This was better suited for a Dynamite and it might be time to move Marshall and The Factory back to the “Darks” for a while.

All and all, those are small blips on an otherwise stellar and special night that felt like the start of a new era – and just maybe a new popularity war in pro wrestling.

Best match: Lucha Brothers over The Young Bucks in a steel cage

Bungee jumping mascots, bad football, and a practice squad kicker ending a 20-game losing streak: Jags-Dolphins in England had it all
5 mins ago

Bungee jumping mascots, bad football, and a practice squad kicker ending a 20-game losing streak: Jags-Dolphins in England had it all 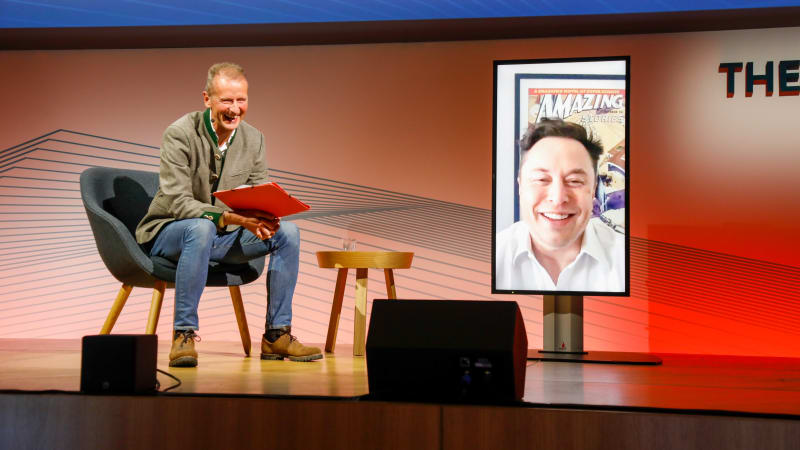