ATLANTA — The Braves had good reason to party like it was 1999.

After 12 straight playoff appearances without reaching the World Series, a Braves drought ended Saturday night with the perennially close-but-no-cigar franchise winning the NL pennant for the first time in 22 years.

The 88-win Braves of the regular season might have started October as the least of the NL’s playoff entrants, but they emerged on top, delivering a knockout of the Dodgers with a 4-2 victory in Game 6 of the NLCS at Truist Park.

Finished are the defending World Series champion Dodgers, who won 106 games in the regular season, but were on fumes by the time this series began after an intense NLDS against the Giants. Then they lost Justin Turner to a hamstring injury and received one start from a diluted Max Scherzer before he was scratched from another.

Next stop for the Braves is Houston, for Game 1 of the World Series on Tuesday night. Braves manager Brian Snitker will have his choice of sending ace Max Fried to the mound on full rest or giving the ball to postseason-tested Charlie Morton. The Astros are expected to deploy Framber Valdez, but haven’t officially named a starter.

Eddie Rosario was named MVP of the NLCS after posting a 1.647 OPS for the six games. He delivered two of the biggest hits in the series: a walkoff RBI single in the ninth inning in Game 2 and his three-run homer in the fifth inning Saturday that snapped a 1-1 tie.

The Dodgers had their chance in the seventh, pulling within 4-2 on AJ Pollock’s RBI double against Luke Jackson that left runners on second and third. But lefty fireballer Tyler Matzek entered and struck out Albert Pujols, Steven Souza Jr. and Mookie Betts in succession to extinguish the flames. Matzek then retired the side in order in the eighth before Will Smith recorded the final three outs.

With much of the sellout crowd chanting “Ed-die, Ed-die,” as he stepped to the plate in the fourth inning, Rosario delivered a staggering jolt to the Dodgers: a three-run homer that gave the Braves a 4-1 lead.

Walker Buehler, ahead 1-2 in the count, left a 94-mph cutter over the plate that Rosario lined just inside the right-field foul pole for his third homer of the series. Rosario’s 14 hits in the series set a Braves postseason record, breaking the mark set by Javy Lopez in 1996.

Travis d’Arnaud’s two-out walk started the rally and Ehire Adriana’s double produced a stop sign for d’Arnaud from third-base coach Ron Washington. Buehler got ahead 0-2 in the count to Rosario before surrendering the blast two pitches later.

Buehler, pitching on short rest after Scherzer was scratched because of shoulder fatigue, lasted four innings and allowed four earned runs on seven hits with six strikeouts and three walks. Scherzer’s hope was to return for a Game 7, but now he’s off for the rest of the year. Buehler’s start was a second straight letdown by the right-hander — he allowed two earned runs over 3 ²/₃ innings in Game 3, which the Dodgers rallied to win due to Cody Bellinger’s dramatic eighth-inning homer.

On Saturday, Austin Riley smacked a full-count slider from Buehler for an RBI double in the first that gave the Braves a 1-0 lead. It was the third hit surrendered in the inning by Buehler, who allowed a leadoff single to Rosario before Freddie Freeman hit into a double play. Ozzie Albies doubled and scored the run on Riley’s double.

The Dodgers tied it 1-1 in the fourth on Bellinger’s single through the left side against the shift. Ian Anderson walked Trea Turner and allowed a single to Will Smith before Bellinger delivered.

Anderson was removed after the inning. The right-hander allowed one earned run on three hits with one walk and four strikeouts over the four innings.

Council Post: Finding Inspiration In Business And In Life
3 seconds ago 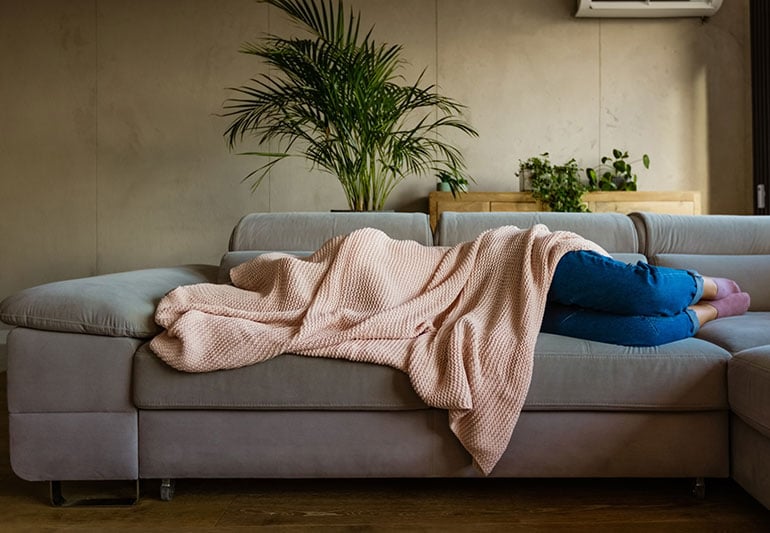 5 Ways to Relieve a Migraine
1 min ago

Kiwi kids who read for pleasure will do well in other ways, and it’s everyone’s responsibility to encourage them
8 mins ago