Now in it’s second season, ESPN’s standard game – one that prizes wins, saves, shutouts, and penalizes goals-allowed – rewards quality netminding like never before. To fall back on my usual illustration, a goalie earns their manager 5.6 fantasy points in stopping 28 of 30 shots in a 4-2 win while, on the flip side, allowing five goals on 31 shots in a 5-4 loss results in a fantasy net of -4.8 points. That’s a gargantuan swing.

As is usual, ESPN’s ideal fantasy goalie plays and wins most games, while allowing few goals on a good number of shots. The odd shutout serves as a nice bonus. If you draft those top-tier characters to start and/or diligently make proper adjustments throughout the season, you should remain in contention until campaign’s end.

As in seasons’ past, I’m drafting my No. 1 fantasy netminder early in standard leagues – likely second round unless Tampa’s Andrei Vasilevskiy is still kicking about by pick six onward – and selecting my second not long after. Members of a recognized tandem need not apply. Beyond securing my one-two goalie punch, I’m more loose and willing to roll the dice in padding my netminding outfit with an underrated mid-tier asset and high-ceilinged sleeper. Preferably not, but these guys can fall flat without devastating a fantasy squad knowing that an under-radar candidate (or two, or more) always emerges mid-season as a valued plug-in commodity for those paying attention. But securing my G1 and G2 early in drafts remains a priority.

He’s the only netminder I would consider selecting in the first round. The two-time Stanley Cup Champ is a gamechanger in that he puts up elite fantasy numbers across the netminding board and also plays a ton. First in wins (31), second in saves (1144), third in shutouts (five), while boasting a .925 SV% and 2.21 GAA this past season, Vasilevskiy is without equal. He’s already the odds-on sportsbook favourite to win the Vezina next spring after getting ripped off (Nikita Kucherov was as correct as he was shirtless) this past season. Plus he plays for the best team in the NHL. There are some very good fantasy goaltenders to choose from this season. Vasilevskiy is in a league of his own.

The change in scenery is going to do the former Maple Leaf a world of good. Playing through a lower-body injury – a decision the netminder now questions – Andersen endured the worst season of his career, marring an otherwise mostly great five-year run in Toronto. Now recuperated, the former All-Star (2020) can enjoy a fresh start in Raleigh. As for the threat of tandem-mate Antti Raanta stealing starts, I would be more concerned if not for the former Coyote’s injury history. While a great goaltender when fit, Raanta has endured more than his fair share of health issues these past few years. Also, the Hurricanes in their current form are good to their netminders, as made evident by the recent success enjoyed by Petr Mrazek, Alex Nedeljkovic, and James Reimer. I think Andersen will fare just fine.

How much of Kevin Lankinen do we really expect to see this season? Some are suggesting coach Jeremy Colliton may take a tandem approach to rolling out his netminders, but I disagree. The Blackhawks didn’t go out of their way in gambling on the reigning Vezina winner – who may have opted for retirement instead of moving to Illinois – to split starts even-stevens. Barring injury, Fleury is going to play more often than not. And while the calibre of Chicago’s defense doesn’t quite rival that in Vegas, it’s much improved. Seth Jones is a huge acquisition as a star asset. The signing of true defender Jake McCabe further bolsters the blue line. Acquiring former Oiler Jujhar Khaira as a tough-to-compete against forward improves the corps out front. Plus, one of the game’s best two-way centers, Captain Jonathan Toews, is reportedly ready to rock once more. This Chicago club is good enough to reach the playoffs and a healthy, happy, and relatively busy Fleury will play a large part in getting them there. I would be thrilled to have him as my No. 2 or 3 fantasy netminder and you should feel the same.

I don’t care how much the Panthers are paying Sergei Bobrovsky, if Knight outperforms the veteran – who was just okay in 2020-21 – coach Joel Quenneville is going to run with his rookie. Small sample size, but the 20-year-old was good-to-outstanding in his first six NHL contests spanning the regular season and playoffs. The Panthers are in win-now mode. If the former Boston College star’s play helps get them to (and maybe even through) the playoffs, management won’t care about how much Bob costs. Whether the 13th overall draft pick (2019) is ready to elbow his way into the starter’s crease now or after a year’s worth of seasoning is the only question. But I’m all over giving him a whirl as high-ceilinged sleeper selection. And he’s a no-brain addition to any keeper or dynasty league.

A good netminder who competes for a not-so-good team, the 28-year-old has appeared more frustrated and less engaged the past couple of seasons than in years’ past. His personal numbers, including a GSAA of -5.0 in 2020-21 and -8.7 in 2019-20, further speak to the gifted goalie’s deteriorating effort. But matters might be looking up a titch in southern California. Touted prospects Trevor Zegras and defenseman Jamie Drysdale make the team better. Having a healthy Hampus Lindholm and Josh Manson (at least until he’s traded) back on the blue line also helps. If the Ducks remain even somewhat competitive, Gibson can be counted on to do his part and, barring injury, he’s the club’s everyday go-to. Another element to consider is, if Anaheim continues to flounder, the nine-year veteran might ask for a trade to a contender. Which, in orchestrating a rebuild, GM Bob Murray would likely try to pull off. Just imagine having John Gibson as your third or fourth fantasy netminder playing for a good team. He’s worth scooping up in later rounds.

Khudobin is too strong a goalie to sit idly by while others – Ben Bishop, Jake Oettinger or Braden Holtby – tend to the Stars’ net. He’s either going to play or he’s going to be traded. Any other scenario doesn’t make sense for the player or the club. Since joining the Stars in 2018, the veteran has boasted a 103-95-44 record, 2.44 GAA and .919 SV%. Solid enough numbers for a fantasy depth asset indeed. And remember when Khudobin dragged his team with outstanding play to the Stanley Cup Final? That was only last year. He most certainly merits later-round consideration.

Avoid in drafts at current value

So what happens when Tuukka Rask recovers from surgery, signs a banger of a bargain one-year deal, and returns to Boston in January? No guarantee of course, but that possibility, along with the presence of Jeremy Swayman – who was mostly super through 10 games his rookie regular season – rubs a fair bit of fantasy shine off Ullmark. There are about 15 other netminders I’m drafting before the former Sabre.

As with Ullmark, it isn’t personal. Campbell’s a great goalie who has proven he can perform without withering under the ridiculously intense spotlight in hockey-mad Toronto. But Maple Leafs newbie Petr Mrazek is no chump either. He’s going to play. Even GM Kyle Dubas purposefully used the “T” word in discussing the philosophy behind signing the former Carolina/Philly/Detroit netminder: “We felt we needed to find a strong partner for [Jack Campbell], so we could have the strongest tandem possible. We felt we achieved that with [signing] Petr Mrazek.” Strongest tandem possible. Mrazek will earn his fair share of starts, meaning no matter how well Campbell performs it won’t be often enough to justify selection as a No. 1 fantasy goalie in most leagues. It’s also worth remembering that Campbell has only once played more than 30 games – 31 in 2018-19 for the Kings – in his NHL career. 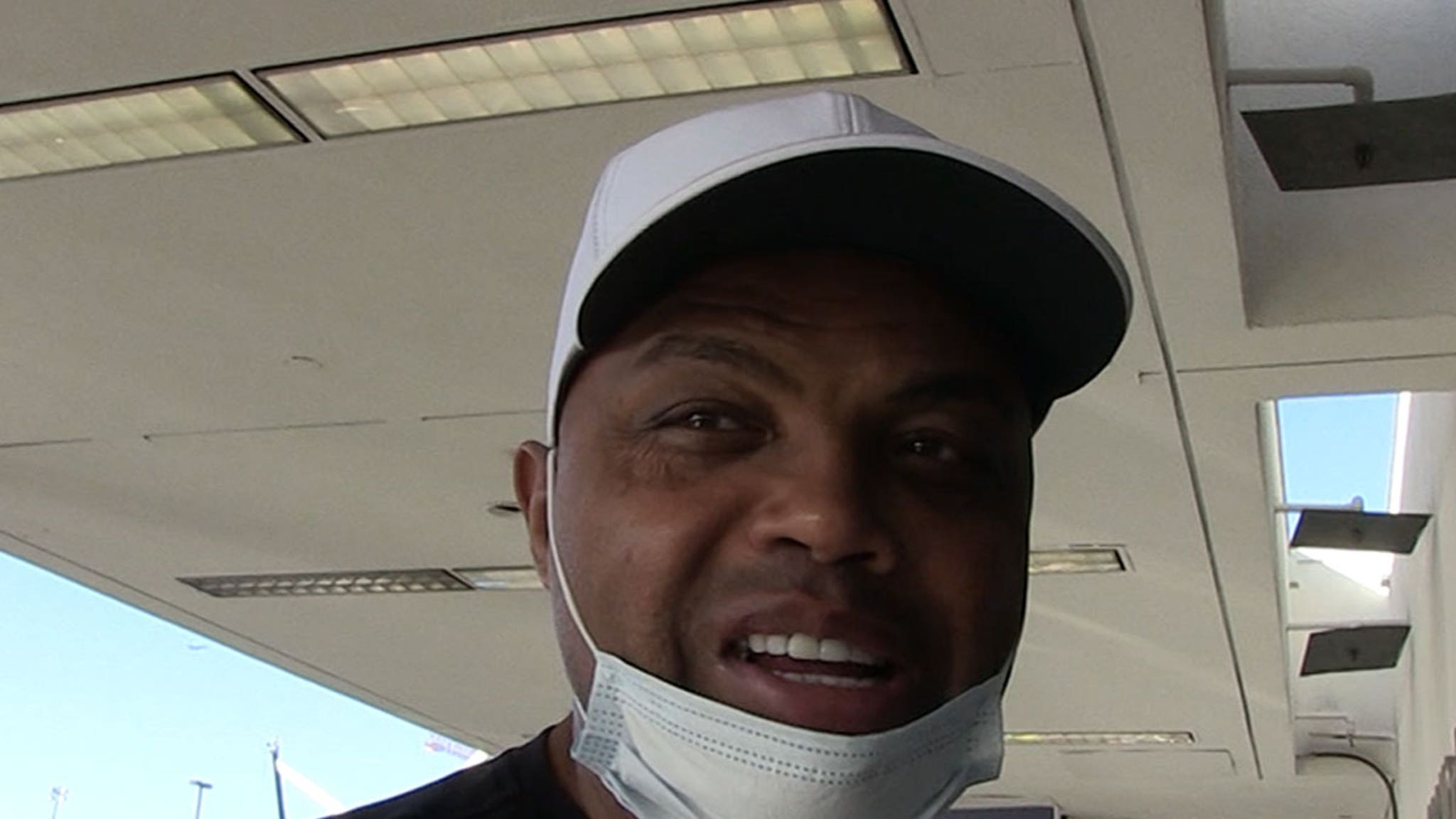 U.S. coal production is up sharply after hitting a 50-year low last year
7 mins ago