In the end, after years of wandering between counter-attacking and possession, Germany manager Joachim Low settled for the past. Two years after personally kicking Thomas Muller and Mats Hummels off the national team, Low brought both players back ahead of the 2021 European Championships. The reunion was obvious on the surface considering how pivotal they were in Bayern Munich regaining their dominant position in the European football scene while also playing an innovative, modern style. But Low also might have ran out of ideas. In lieu of tactical ingenuity, the path to Germany progressing out of a Group F that features France and Portugal may simply come through the brute force of fielding their best players and letting individual battles play out.

“We’ve almost had a year stolen from us,” explained Low of his decision to bring back the Bayern veterans. Of course, Low’s initial strategy of replacing his Bayern stalwarts wasn’t misguided from his point of view – it was actually the pandemic all along.

The 61-year-old Low also gave himself room to backtrack. He announced in March that he would be leaving his position following the upcoming European Championship after 15 years as manager. The longevity is a feat by itself, without even considering his achievements: Low owns records for managing the most national team matches and having the most wins. Seeing through the rise of at least two distinct tactical eras, over 100 players made their Germany debuts under Low. Outside of the 2018 World Cup, he made the semifinals of every major tournament.

But still, the announcement brought a sense of relief from all parties. It absolved the German FA from having to fire Low, with Low also buying himself freedom to manage without the responsibility of a long-term plan. Thus, he could recall Muller and Hummels without worrying about how it would harm his perception within the squad.

It was a surprise that Low even made it to 2021 in the first place. It wasn’t just that Germany went out in the 2018 World Cup in the group stages, but in the directionless, listless manner. The squad was caught between stylistic eras that mimicked the larger European game: counter attacking or possession? In a way, the choice was one that a manager only gets after being at a job for a then-12 years with unchecked power. Unreasonable ambitions can be the downfall of even the most tactically adept managers.

“My biggest mistake was that I believed we could make it past the group stage by playing a brand of dominant, possession-based football,” Low famously said after getting knocked out of the group stage in 2018, adding that he should have “prepared the team the way I did in 2014.”

It sounded like Low had learned his lesson: Germany would return to their counter-attacking roots. And he did try to symbolically enter a new era by (prematurely) retiring Muller, Hummels and Jerome Boateng. That decision was controversial in the moment, but looks even more rash in hindsight with Bayern re-emerging as the focal point of European soccer led by the three outcasts.

Meanwhile, Low and Germany enter the Euros on the back of a 6-0 loss to Spain and a 2-1 loss at home to North Macedonia within the past year. Low uncharacteristically expressed his desperation following the North Macedonia loss, criticizing Timo Werner’s miss in the 80th minute with the match tied 1-1. Low publicly blamed the Chelsea striker, saying “if he makes a clean contact with the ball, it’s a goal.”

At the very least, the weight of Muller and Hummels can absolve Low of pressure, attention and blame.

The confusion over the national team philosophy counters the clarity to the domestic scene both in player and managerial talent. Werner, Kai Havertz, and Antoine Rudiger developed under Thomas Tuchel’s mixture of positional play and pressing. Bayern won the Champions League in 2020 with a modern approach under former Low assistant Hansi Flick. The core of the lineup is European tested: Joshua Kimmich, Toni Kroos, and Ilkay Gundogan are at the base of midfield, with Muller roaming the middle as per usual. Werner, Serge Gnabry and Leroy Sane provide attacking width. Havertz has already scored the match-winning goal in a Champions League Final. The players are ready-made for a vertical, pressing game with a high defensive line.

But Low is also a victim of his own success. Do we remember how German football was perceived in 2006? Not that Jurgen Klopp or Tuchel were necessarily disciples of his coaching tree, but Low’s perception of tactical robustness gave room for forward-thinking German managers to appear in the following years. 15 years later after his national team debut, the country has produced the last three Champions League-winning managers.

Now, Low’s character arc, from World Cup winner to wanderer, is portrayed as a tragedy. There are even questions as to whether 2014 was a byproduct of a country-wide development program as widely venerated throughout the football world, or just a lucky Golden Age of players. Any empty space or restlessness will get filled with narratives.

We couldn’t have imagined Low fighting for his reputation. But eras change, and we’ve seen once innovative managers eventually go stale. This sort of downfall at the club game can be covered up through transfer window signings buying a manager time. There is an art to knowing when to leave, not only for results, but also in dealing with the short-termism of modern memory. There are certain situations in soccer that can’t be solved solely on the field.

Flick was an obvious candidate as the next manager of Germany. He not only made his name as Low’s assistant during the 2014 run, he was also seen as the pragmatic one. Whereas Low wanted the free-flowing style, Flick was credited with putting in the hard structure of practicing set pieces and creating gameplans to mark Lionel Messi. Knowing what we know of Flick’s success, the narrative is almost shifting: he, not Low, was the genius this whole time. Now, it’s Flick’s turn to maybe get found out and overstay his welcome under the spotlight.

Low is in a unique position as he was always the one national team manager mentioned amongst the greatest tacticians in the game over the past decade. His work was easy to overlook without the day-to-day, week-to-week reminders that come from being a club manager. Reversing the traditional movement, Low would be looking to re-enter the club game (he supposedly turned down moves to Real Madrid and Barcelona). In a selfish sense, this is where he belonged all this time, and we possibly missed an era of his tactical innovations over the last 15 years. But his reputation could have gone the other way as well, and maybe this is Low’s most optimized career. Not many managers win a World Cup in the first place. Even fewer do they stay long enough to have to fight back for their reputation. 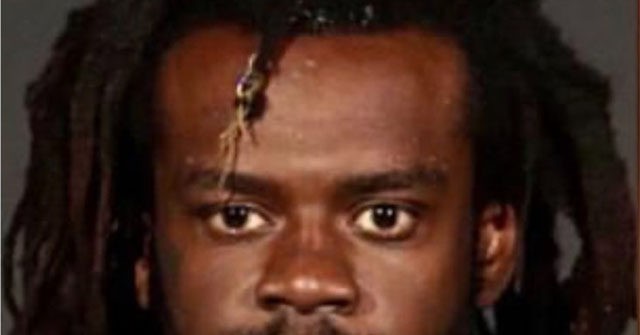