The club announced the move just hours after Juventus head coach Massimiliano Allegri revealed that Ronaldo told him he would not be playing for Juventus again. The player cleaned out his locker and said farewell to his teammates on Friday, before reportedly hopping on a plane.

And just like that, with a year remaining on his contract at Juventus, the 36-year-old Ronaldo will be returning to the club where he became a world star during six seasons from 2003 through 2009. It’s a stunning turn of events given that earlier in the same day it was believed that Manchester City was still in pole position to sign the Portuguese star, only for the Red Devils to beat them to it. And just a week before, it sounded like he would be seeing out his contract at Juventus.

Why did Ronaldo leave Juventus?

Juventus is once again the favorite to win the Italian league title in the season that just started and the club is also expected to make a deep run in the UEFA Champions League competition. So why would Ronaldo leave one of the most storied clubs in Europe?

Although Ronaldo has delivered in a big way since arriving at Juventus — both on and off the field — his departure works out for both the player and club.

Why a move made sense for Ronaldo: Although Juventus has elite talent, it’s clear that the club is not on the same level as Chelsea, Manchester City, Paris Saint-Germain and Bayern Munich in the race to win the UEFA Champions League. Ronaldo is a five-time Champions League winner and with two more titles he would set the all-time record for European club championships for a player. At 134 goals and counting, he already has the most goals of any player in the history of the competition.

Ronaldo cares about his brand and legacy and he wants to go down as the greatest of all time. If he can spend the next two or three seasons with a team that can help him win the big trophy and outshine Messi and PSG, he could yet shape the narrative about how he will be remembered. It wasn’t going to happen at Juventus.

The Juventus perspective: Ronaldo is a goal-scoring machine and he was the top scorer in Serie A last season (29 goals). His 101 goals in 134 games for Juve — the fastest player to 100 goals in club history — helped Juventus win all three domestic titles during his time at the club. But the Turin-based side didn’t spend $120 million to acquire Ronaldo in 2018 to win in Italy.

The Bianconeri were hoping Ronaldo would get them over the hump and help them win their first UEFA Champions League title since 1996. It hasn’t happened — three different coaches in three seasons did not help — and Juventus suffered shock knockout round exits in each of his three seasons, never reaching the semifinals. Reports suggested that Ronaldo took the Round of 16 elimination to Porto in March especially hard, and less than six months later he’s on his way out.

There are also off-field considerations. Given the revenue challenges brought on by the COVID-19 pandemic, an estimated $235 million budget deficit this season, and Ronaldo’s $100 million-a-year cost to the club between his salary and the amortization of his transfer fee, moving on also makes sense from a financial standpoint.

The Ronaldo acquisition in 2018 no doubt helped elevate the Juventus brand: The club has a higher international profile, double the social followers, and it leveraged Ronaldo for significant increases in revenues and partnerships. But the pandemic changed the financial outlook for the club, and on the field Juventus is resetting and going younger. The timing for a Ronaldo transfer worked across the board.

There were early indications that a summer move was a real possibility since before Euro 2021. That’s when reports began to surface about Juventus needing to transfer Ronaldo to balance the budgets, there were images of moving trucks transporting his cars away from his home in Turin, and there was also the Instagram post that really felt like a goodbye to Italy and Juve fans.

As the summer weeks went by, new rumors surfaced of potential interest from Real Madrid and Paris Saint-Germain, depending on how the dominoes fell with the potential transfer of young French star Kylian Mbappe. Ronaldo’s indignant Instagram post in response to all that transfer chatter conspicuously left out mention of his commitment to spending his final season with Juventus.

But on the day of the club’s first Italian Serie A match of the new season, Juventus brass and its head coach indicated that Ronaldo wasn’t going anywhere, seemingly putting an end to the drama. Juve head coach Allegri said Ronaldo told him at that time that he was staying. But then “the transfer market happened,” as Allegri put it. “The situation changed and we need to accept it.”

Most believed that change was Manchester City missing out on No. 1 forward target Harry Kane, who opted to stay at Tottenham Hotspur this summer. Man City was linked with Ronaldo in an apparent attempt to fill the center forward role that Kane would have occupied. The reigning English champions managed by Pep Guardiola have often operated without a true central striker, with a host of attackers filling the role last season and midfielders also picking up the goal-scoring slack. Ronaldo would have proven an interesting fit with the number of scoring chances that Manchester City generates. And Man City, a Champions League finalist in 2021, is hungry to win its first European title. So the ambitions would have lined up.

But it’s not a move that would have sat well with Manchester United supporters and the club came out of the nowhere to strike a deal to bring him back to Old Trafford. Ronaldo became a global star and Manchester United icon during his six seasons at the club. Former teammate and current Man United head coach Ole Gunnar Solskjaer talked about his club’s interest shortly before the official confirmation.

“He is a legend of this club, the greatest player of all time if you ask me,” Solskjaer told media Aug. 27 in the wake of the news that Ronaldo was leaving Juventus. “He knows what we feel about him. If he was ever going to move away from Juventus, he knows we’re here.”

The Red Devils were there: with a $33 million transfer fee to add Ronaldo to a squad with a stellar attack that features Paul Pogba, Bruno Fernandes, Marcus Rashford, Edinson Cavani and up-and-comer Mason Greenwood. The $33 million transfer fee will satisfy Juventus, who were reportedly hoping for $35 million in order not to lose money on the Ronaldo operation. For a soon-to-be 37-year-old Ronaldo, who was in the final year of his contract, it’s not a bad deal for the Italians. And Juventus also gets his hefty contract off their books.

It’s a move that could be the storybook ending for Ronaldo’s European career. Manchester United will also feature in the 2021-2022 UEFA Champions League, competing in a group that includes Villarreal, Atalanta and BSC Young Boys. With Ronaldo, the Red Devils are now a serious contender to win their first Champions League trophy since 2008, when Ronaldo still starred for them. Their last Champions League final came in May 2009, Ronaldo’s last season with Manchester United before a transfer to Real Madrid.

It remains to be seen whether Ronaldo will be in the Manchester United squad as soon as the Aug. 29 trip to Wolves for Matchday 3 of the English Premier League season. It would seem more likely for Ronaldo to wait until after the September international break to make his debut against Newcastle on September 11 at Old Trafford. Apple to give $1,000 bonus to retail employees ahead of the launch of iPhone 13
4 mins ago

Apple to give $1,000 bonus to retail employees ahead of the launch of iPhone 13 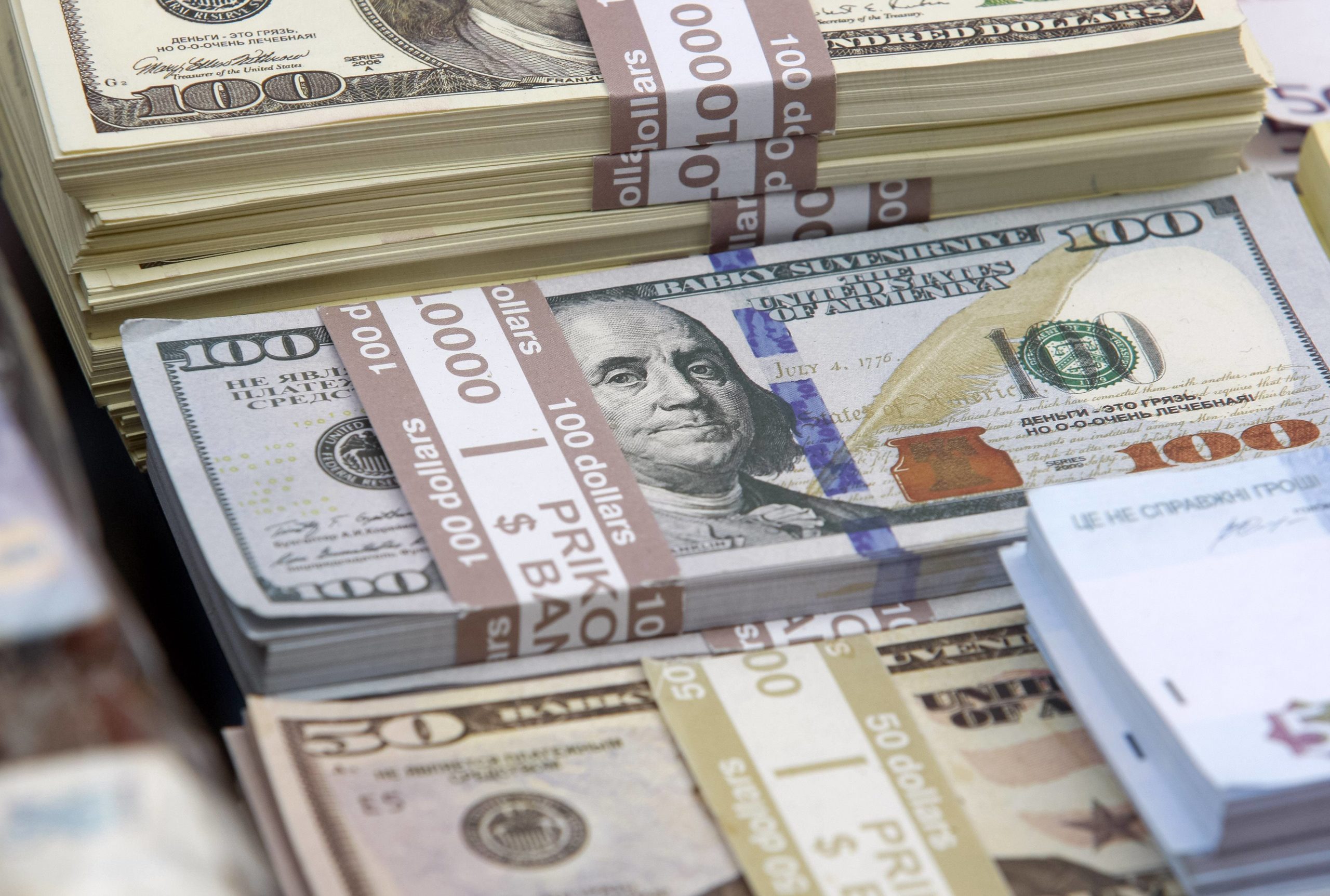 Humans Could Develop a Sixth Sense, Scientists Say
11 mins ago