Britons have been warned to prepare for Storm Arwen this weekend when gale force winds, heavy rain, sleet and snow will lash the UK and see temperatures fall below average with lows of -4C.

The Met Office has issued an amber weather warning for northeast Scotland and England on top of the existing yellow weather warnings for Friday and Saturday. Forecasters said ‘snow is possible almost anywhere away from the far-south’ this weekend.

The amber warning will run from 3pm on Friday to 9am on Saturday, with the strongest winds expected in coastal locations, where gusts in excess of 75mph are possible.

Temperatures in the UK usually average a daily high of 10C and a low of 4C, but will plummet this weekend to -4C in Scotland on Saturday night.

Intense winds of up to 50-60mph around the rest of the country could cause travel chaos and power cuts on Saturday – with ferries, trains and road journeys likely to be severely delayed. A yellow snow warning is also in force for part of Scotland on Friday.

The storm could close bridges and roads as well as blow tiles off buildings over the weekend. Within the amber area and near the coasts large waves could see material thrown on to coastal roads, sea fronts and buildings, the Met Office has warned.

Snow will fall in Scotland from today before moving south to the north of England, East Anglia and Wales later in the week. Pictured, Dunsden, Oxfordshire today Met Office Principal Meteorologist Dan Suri said: ‘Storm Arwen is associated with a deep low pressure system that will impact the northeast in particular from Friday, but will also bring wider impacts to the UK with high winds, rain and some snow probable over the high ground.

‘Storm Arwen’s impacts are mainly associated with high winds as the storm sinks southwards and will widely bring gusts of up to 65mph in coastal areas, although slightly stronger in the northeast, with in excess of 75mph possible in exposed locations.’

‘As the temperature drops off through Friday night there’s a chance we could see snow falling over higher ground in Wales, the Pennines and a dash across East Anglia.’

He added: ‘Showers could fall as snow over higher ground in Scotland. It’ll be windy in north and western Scotland. That cold front sticks through the day and brings cold to rest of UK with widespread frost behind the cold front.’

The strong winds are set to affect the majority of the UK, with only a small part of south-east England avoiding a yellow weather warning.

He added: ‘The cold front is just lingering over the south at this point. There will be showers in northern Scotland and a chance of snow across high ground but it probably will not be settling.

‘It is mostly dry elsewhere. In the evening the rain moves into the northwest. There could be some snow on the edge of that in the cold air but it’ll quickly turn to rain as it moves to Scotland and warmer air comes across.’

He said there will be a change on Friday, and weather warnings were put out at 9.51am yesterday for ‘strong winds’. ‘A low pressure area brings strong winds and heavy rains to northern parts of the UK and spreads to a wider area of the UK through Saturday.’

‘Along with the wind we’ve got heavier rain in north England and south Scotland. Later on Friday that could start to fall as snow over the highlands, which is not unusual for the end of November.

‘Later in the evening wet and windy weather spreads south. There might be the odd snow flurry in the south but it’s unlikely to settle. It’s wet and increasingly windy across large parts of the UK. Peak gust speed is 80mph and it is windy after a mild November. There are still leaves on trees so it could cause disruption’.

A Met office forecaster said Friday would be ‘cold and unsettled with showers and occasional longer spells of rain’ as well as ‘often windy, with potential for severe gales in the west on Friday and Saturday.’ The Met Office has warned the extreme wind could close bridges and roads as well as see tiles blown off buildings over the weekend. Pictured, a map of the wind direction Amber and yellow wind and snow warnings have been released for Scotland, western England and Northern Ireland on Friday, before extending to almost the entire of the UK on Saturday Intense winds of up to 50-60mph around the country could cause travel chaos and power cuts on Saturday – will ferries, trains and road journeys likely to be severely delayed. Pictured, arctic air is bringing snow this week A car is seen driving through the snow brought to Kelso, Scotland, by Storm Darcy on February 10 earlier this year. More snow could be on the way to the UK in the coming days November has seen warmer than normal temperatures so far, particularly in parts of eastern Scotland, which are expected to continue until the end of the weekend. Pictured, a red stag in Bushy Park, London

The BBC’s monthly forecast for November says ‘a surge of colder Icelandic air will spill across the UK over the final 10 days of November’ and this could linger into the beginning of December.

‘A secondary push of colder Icelandic air’ is expected late next week, which will further drop temperatures’ the forecast states, adding that ‘sharp frosts may occur during some evenings late in the week’.

As temperatures drop, ‘a few spells of rain showers and even some patchy snow showers’ may hit the UK, mainly in Scotland, with winds also experiencing an uptick as the week progresses.

November has seen warmer than normal temperatures so far, particularly in parts of eastern Scotland, which are expected to continue until the end of the weekend.

The calm conditions have been cited as one of the reasons why so many migrants are successfully crossing the English Channel from northern France. 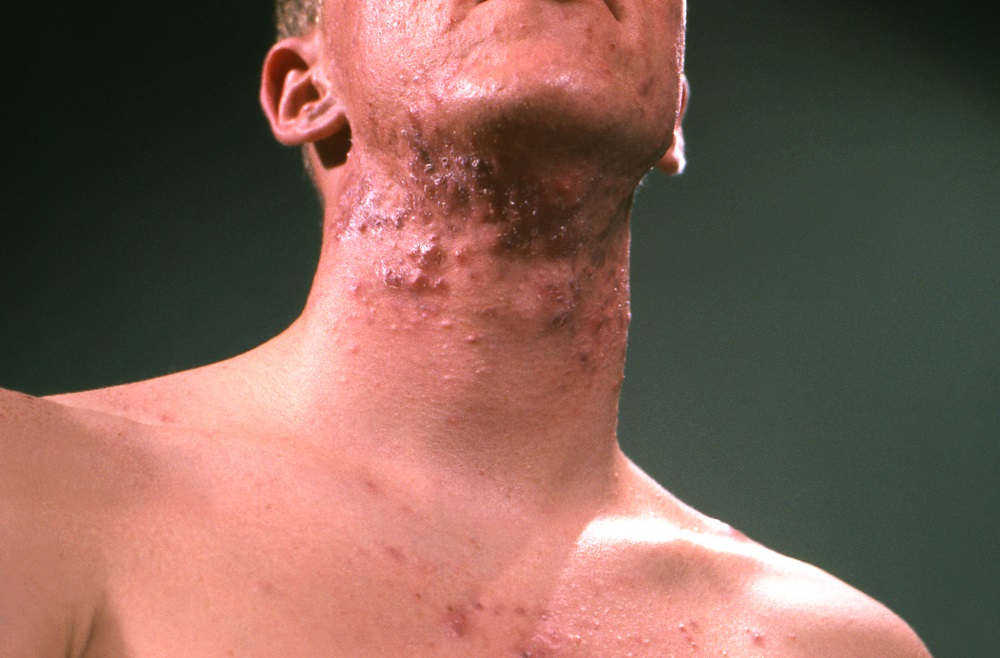 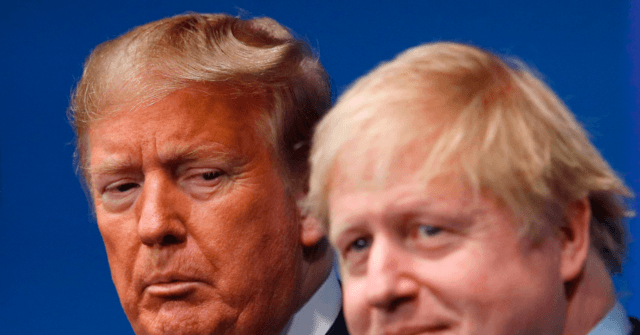 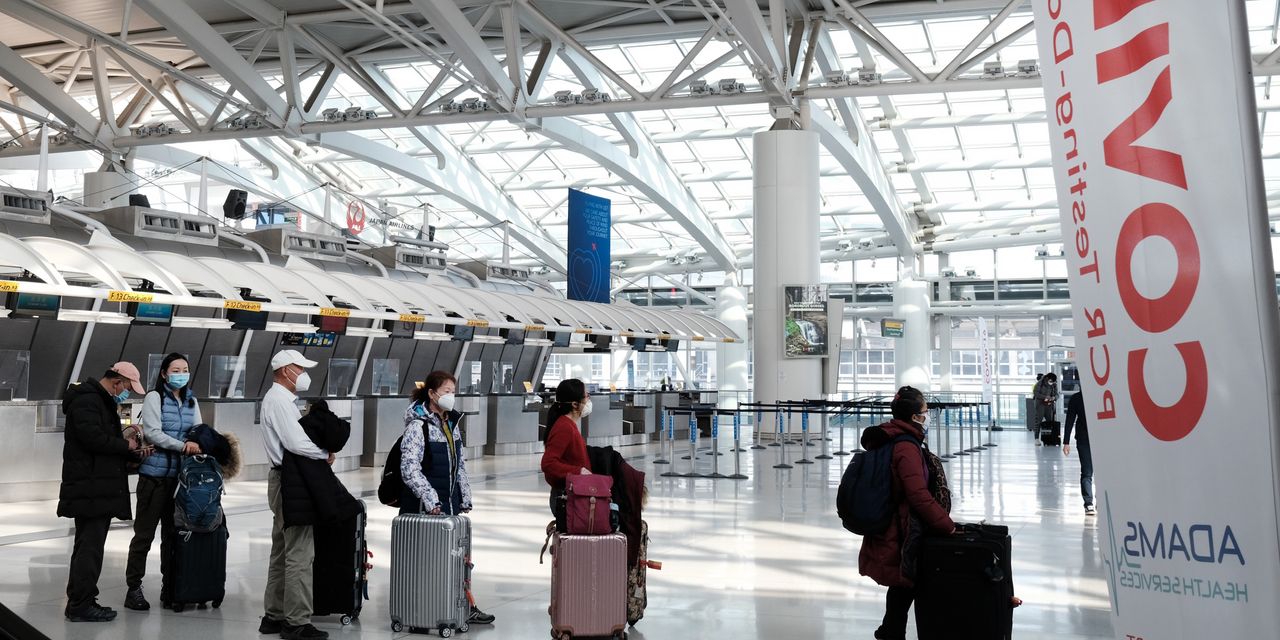 U.S. to tighten testing requirements for travelers in light of omicron variant, and analysts expected limited authorization of Merck antiviral
6 mins ago

U.S. to tighten testing requirements for travelers in light of omicron variant, and analysts expected limited authorization of Merck antiviral