Bradley Walsh and Bridgerton‘s Sabrina Bartlett transformed into their characters Pop and Mariette Larkin in a new look at The Larkins released by ITV on Thursday.

The Chase host, 60, appeared in a short teaser clip for the The Darling Buds of May remake where he sported a waistcoat and side burns and introduced the rest of his family.

He said: ‘Hello everyone, Pop Larkin here. Larkin by name, Larkin by nature, father, entrepreneur and bon viveur. Too fancy? Well, none the less, meet the rest of my family… Exciting: Bradley Walsh (pictured) and Bridgerton’s Sabrina Bartlett feature in a new look at The Larkins – a reimagining of TV classic The Darling Buds Of May – released by ITV on Thursday

Joanna Scanlan who plays Pop’s wife Ma Larkin then appears on the screen to say: ‘I’m Ma Larkin, loving mother and provider, I couldn’t be prouder of my family, and you’ll often find me plucking a goose.

Wearing a ribbon in her hair and striped shirt, Sabrina – who plays their strong-willed daughter Mariette – then introduces herself, saying: ‘I’m Mariette Larkin and I love my family.

‘But I’ve got itchy feet, and just to be clear I don’t just sit around and look pretty.’

The family’s other children, twins Zinnia and Petunia, Montgomery, Victoria and  Primrose all then feature in the new clip to give a glimpse of their characters. Beauty: Wearing a ribbon in her hair and striped shirt, Sabrina – who plays their strong-willed daughter Mariette –  introduces herself, saying: ‘I’m Mariette Larkin and I love my family’ Yay! The Darling Buds of May remake, titled The Larkins, was confirmed last December and ITV have now announced it will premiere Sunday 10th October at 8pm

The Darling Buds of May remake, titled The Larkins, was confirmed last December and ITV have now announced it will premiere Sunday October 10 at 8pm.

The Durrell’s screenwriter Simon Nye will tell the story of the working class Larkin family, first brought to life in H.E. Bates’ 1950s novel, for a new generation of fans who missed out on the nineties classic, which gave Hollywood star Catherine Zeta Jones her acting breakthrough.

Grantchester’s Tok Stephen has been cast as Cedric ‘Charley’ Charlton, and Bradley’s son Barney has also landed a role as a village policeman. In control: Joanna Scanlan who plays Pop’s wife Ma Larkin then appears on the screen to say: ‘I’m Ma Larkin, loving mother and provider, I couldn’t be prouder of my family, and you’ll often find me plucking a goose Speaking with MailOnline at a press event on Tuesday ahead of the series, Bradley expressed his excitement over his upcoming role.

He said: ‘When I was asked I said yes immediately. I only watched one episode back in the day but I was still so excited.

‘It was a long time coming with filming being pushed back. The whole show is based around family and after this year that is at the forefront of everyone’s minds.

‘I hope the viewers really take it to their hearts. I am a family man so it was a joy to film.’ Introduction: Bradley says in the teaser clip: ‘Hello everyone, Pop Larkin here. Larkin by name, Larkin by nature, father, entrepreneur and bon viveur. Too fancy? Well, none the less, meet the rest of my family…’

Elsewhere during the chat Sabrina chatted about her role and the pressures of taking over from Catherine Zeta Jones.

She said: ‘This is very much my own interpretation of Mariette, a modern one. I had never seen the old show when I auditioned and I’m glad. It was useful to have not seen it as I could make it my own and not get too caught up in what she did.’

Speaking about how fun filming was she added: ‘I had a family of eight over night!’

Sabrina also compared the filming process to Bridgerton – where she played opera singer Siena Rosso – saying it was nice to not have to wear a corset on set.

The beauty explained: ‘Bridgerton was such a fixed world. This was so fun to be able to get messy, ride horses and wear wellies everyday. It was a complete joy. New role: The Chase host, 60, has been seen shooting scenes in Faversham, Kent, this summer dressed in period-drama clothing and sporting fluffy sideburns, reminiscent of the kind-hearted wheeler-dealer played by David Jason in the Nineties New roles: Charley (Tok Stephen) and Mariette (Sabrina Bartlett) will help introduce the show to a new generation of fans

‘Mariette is like a modern day cowboy! She is so empowered and knows her own mind that was so important to me when I was reading the script.’

The main focus is the love story between Mariette and village newcomer Charley who arrives in their village to investigate the family’s tax affairs, but is quickly distracted by his feelings for Mariette.

The original series, which ran between 1991-1993, was shot predominantly in Pluckley, Kent, but the remake has so far been shot in London, Surrey, as well as Monday’s scenes in Faversham.

Speaking about taking on the role of Pop Larkin earlier this year, Bradley said: ‘I’m thrilled to be asked to be part of this much loved and iconic series of stories.

‘The warmth and affection that H. E Bates has generated through his books is so uplifting and I cannot wait to be part of the Larkin family. It’ll be a hoot.’ Lookalike: Sabrina (left) has been cast as Mariette in the ITV remake of The Darling Buds of May – the same role which catapulted Catherine Zeta Jones (right) to stardom A vision: The role was responsible for launching the career of Welsh actress Catherine Zeta-Jones, now 51, who portrayed Mariette in the original ITV series (pictured in 1991) Original cast: The popular Nineties family drama, which was set in 50s, followed Pop Larkin, his wife Ma and their children in all their antics

And alluding to what viewers can expect, an ITV synopsis read:

The synopsis from ITV reads: ‘Fiercely loyal to each other and their community, each Larkin family member has a strong work ethic, alongside a disinterest in authority.’

‘Charley arrives in the village as an unworldly and officious accountant from the city, there to investigate the Larkins’ tax affairs. He is soon distracted by the beautiful Mariette, with whom he falls head over heels in love.

‘However, he quickly discovers that he has a romantic rival in the form of the handsome and mysterious TomFisher. Mariette, on the other hand, may have plans of her own, which don’t involve men.’

ITV have now also confirmed that there will be a Christmas special of the show that will air this year.

The Larkins starts Sunday 10th October at 8pm on ITV and ITV Hub. Matriarch: Among the cast is Joanna Scanlan, 59, (left) who takes over from Pam Ferris (right) as Pop’s wife Ma Larkin Legendary: The character will be given a new lease of life by Joanna when the show launches 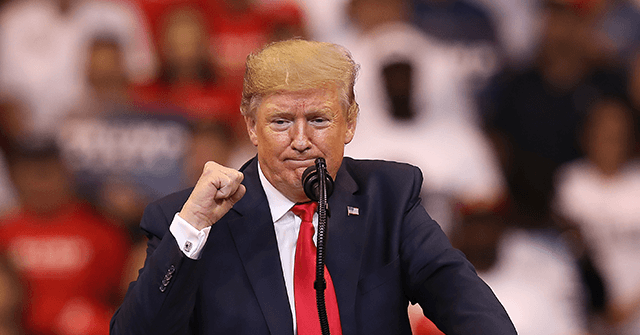 Exclusive — Sam Nunberg: I Believe Trump Will Run in 2024
6 mins ago