Britons were today warned that a ‘nightmare’ Christmas is looming as the growing list of items set to be in short-supply come December 25 stretched to include pigs in blankets, hams and party foods.

A shortage of butchers means that farmers believe have to ‘throw pigs in a skip’ because they can’t be slaughtered and carved – with 150,000 animals under threat of being culled in the next ten days, according to the National Farmers’ Union.

The meat crisis is compounding woes caused by a lack of HGV drivers and fuel as well as labour shortages that will lead to a ‘distinct lack of choice’ this year with many essential gifts and foods scarce or missing completely.

Retail analyst Clive Black of Shore Capital said: ‘A lot of people eating on Christmas Day will be asking: “What the hell is this?”.’

Shoppers were told this week that a raft of items from turkey to beer as well as fizzy drinks and electronic goods are under threat this Christmas amid the supply chain crisis. British families may also struggle to find toys and sofas or get them delivered in time.

Ministers have already they cannot guarantee that there won’t be shortages this Christmas with serious problems emerging in the meat sector.

The cabinet is now said to be considering easing visa restrictions for up to 1,000 foreign butchers to avert the crisis – but The Times claims that Priti Patel is against it and concerned they are being pushed by British industry to move back towards pre-Brexit freedom of movement

But the British Meat Processors Association says that the 1,000 EU butchers is still 14,000 short of the 15,000 the country needs. This means that businesses are focussing on keeping supermarkets stocked with simple cuts of meat such as bacon, steaks and chops, meaning Christmas favourites such as pigs in blankets and hams could be in short supply

A BMPA spokesperson said: ‘We really should have been producing Christmas food from about June or July onwards this year and so far we haven’t, so there’ll be shortages of party foods and things like pigs in blankets. Anything that is labour-intensive work could see shortages.’

Britons were today warned that a ‘nightmare’ Christmas is looming as the growing list of items set to be in short-supply come December 25 stretched to include pigs in blankets, hams and party foods. Turkeys, drinks, toys and furniture will also be hard to get

The chairman of the National Pig Association, Rob Mutimer, said: ‘The problem in the industry has got very considerably worse over the last three weeks and we are within a couple of weeks of actually having to consider a mass cull of animals in this country.

Deputy Prime Minister Dominic Raab has suggested offenders who have been given community sentences could be used to address the country’s lack of HGV drivers amid continuing concerns about fuel shortages.

Mr Raab, who was made Justice Secretary in Prime Minister Boris Johnson’s recent ministerial reshuffle, has dismissed Labour’s call for 100,000 migrant visas to be issued to provide sufficient drivers.

The former Foreign Secretary said the move would leave the country reliant in the long term on labour coming from abroad, and instead suggested the gap could be filled in another way.

‘We’ve been getting prisoners and offenders to do volunteering and unpaid work,’ Mr Raab told The Spectator, in comments carried by The Times. ‘Why not if there are shortages encourage them to do paid work where there’s a benefit for the economy, benefit for society?

Asked what a mass cull would mean, he said: ‘It involves either shooting pigs on farm or taking them to an abattoir, killing the animals and actually disposing them in a skip at the other end of the chain.

‘So these animals won’t go into the food chain, they will either be rendered or if not, sent for incineration. It is an absolute travesty.’

He said farms are not equipped to cope with holding that many animals – and of that size.

He said: ‘No, on our farm our pigs are usually around about 115 kilos when they go to slaughter and they have been now getting up to around the 140 kilo mark. The pens and the sheds and everything just weren’t designed for animals of this size and we are really heading into an acute welfare disaster very quickly.’

Retail experts are warning of a grim Christmas.

‘Equally if the CO2 problem does not settle, expect beer and carbonated soft drinks to be in short supply – and a lot more expensive.’

Home Secretary Priti Patel is said to be resisting the move to recruit foreign butchers.

A Home Office spokesperson told PA: ‘We are closely monitoring labour supply and working with sector leaders to understand how we can best ease particular pinch points. Similar challenges are being faced by other countries around the world.

‘We want to see employers make long-term investments in the UK domestic workforce instead of relying on labour from abroad. Our Plan for Jobs is helping people across the country retrain, build new skills and get back into work.

The UK economy has been disrupted by several factors that have been bubbling away for months, including labour shortages, new immigration rules affecting HGV drivers and the lingering effects of the pandemic.

A spokesman for the Department For Environment, Food and Rural Affairs told the PA news agency it was aware of labour shortages.

‘We understand the importance of seasonal labour and we are aware of the challenges that the pig industry has faced in recent months because of the Covid-19 pandemic and labour shortages, and Defra has been working closely with the pig and processing sectors during this time,’ he said.

‘We are keeping the market under close review and continuing to work closely with the sector to explore options to address the pressures industry is currently facing.’

Clive Black has also warned turkeys could be replaced by nut roasts and many people will ask ‘what the hell is this’ when they look at their plate on Christmas Day.

It comes as drivers continue to queue for petrol amid concerns over the fuel supply chain, with industry experts fearing the problems could last for up to a month.

Business Secretary Kwasi Kwarteng admitted the fuel crisis could hit the festival season as he revealed the Government’s reserve tanker fleet would be deployed.

Mr Black told The Times: ‘I expect Christmas will be a nightmare for consumers. There will be food on supermarket shelves but there will be a distinct lack of choice.

The Liverpool-based analyst with Shore Capital added: ‘A lot of people eating on Christmas Day will be asking ‘What the hell is this?’ It won’t be traditional.

‘They may be eating other meats and nut roasts. Equally if the CO2 (carbon dioxide) problem does not settle, expect beer and carbonated soft drinks to be in short supply and a lot more expensive.’

He said Christmas is ‘going to be much pricier generally’ and predicted that shipping issues could bring shortages of toys, bikes, sofas and electronic goods.

Mr Black also blasted David Kennedy, the director-general for food at the Department for Environment, Food and Rural Affairs, for being ‘a disgrace’ – and bemoaned what he described as a ‘mismanagement of the economy’.

It comes after Mr Kwarteng was asked if the fuel crisis situation would continue in the run up to Christmas, and said: ‘I’m not guaranteeing anything; all I’m saying is that I think the situation is stabilising.’

On Sunday, Kate Martin, chairman of the Traditional Farm-fresh Turkey Association (TFTA), warned Britain of a shortage of Christmas turkeys amid unprecedented demand and a farm labour shortage.

She said that while small farms that use local workers and sell directly to customers have been less affected, supermarket supplies are likely to be hit by a shortage of skilled European employees after Brexit.

The TFTA represents around 40 farms producing free-range birds that meet the ‘Golden’ turkey quality assurance mark. It said some poultry farms have already had five times more orders this year than the same time in 2020.

Tesco has already warned that a shortage of delivery drivers, which is causing empty shelves, could lead to panic buying in the lead-up to Christmas.

The Government has announced a temporary visa scheme for 5,000 HGV drivers and 5,500 poultry workers brought in on three-month contracts to keep shelves stocked with turkeys and tackle fuel delivery difficulties.

It comes as Deputy Prime Minister Dominic Raab has suggested offenders who have been given community sentences could be used to address the country’s lack of HGV drivers amid continuing concerns about fuel shortages. Panic buying sparked by concerns a lack of lorry drivers would prevent supplies reaching fuel pumps has brought long queues and pockets of aggression at petrol station forecourts over the last few days. Mr Raab, who was made Justice Secretary in Prime Minister Boris Johnson’s recent ministerial reshuffle, has dismissed Labour’s call for 100,000 migrant visas to be issued to provide sufficient drivers.

The former Foreign Secretary said the move would leave the country reliant in the long term on labour coming from abroad, and instead suggested the gap could be filled in another way.

It comes as motorists say there is still not enough fuel despite The Petrol Retailers Association (PRA)’s latest survey of its members finding just over one-in-four had run dry, down from more than a third on Tuesday.

Ministers said they expected the situation to improve further, with the first troops driving tankers expected to appear on the roads ‘in the next couple of days’.

Some roads around London have become gridlocked as motorists hunted for stations that have fuel, with some carrying petrol cans, plastic jugs and water bottles to stock up, and there were even reports of violence in a handful of places.

PRA executive director Gordon Balmer said forecourt staff were being subjected to a ‘high level’ of physical and verbal abuse from frustrated motorists.

Under new immigration rules which come into force tomorrow as part of post-Brexit measures to end freedom of movement, European Union ID cards will no longer be accepted as proof of identity.

Instead, EU nationals will need a passport to enter the United Kingdom.

The International Road Transport Union (IRU) said that, despite working closely with the British government to inform hauliers, some drivers were likely to be caught out.

The border rule change comes as Britain struggles with a shortage of tens of thousands of truck drivers which has led to severe supply chain issues, with fuel stations running empty in recent days after a spate of panic-buying.

Raluca Marian, IRU EU Advocacy Director, said: ‘Aside from not seeing the real benefits of adding this layer of bureaucracy, and potentially affecting already difficult border freight flows post Brexit, we are also concerned that passports are generally more expensive than ID cards.

‘UK authorities need to implement the change from Friday respecting professional drivers, without unnecessary bureaucracy or causing border or supply chain disruptions that would compound the serious supply chain issues already being seen in the UK due to driver shortages.’

The Home Office, the government department that administers immigration policy, said ID cards are some of the ‘most insecure and abused documents’, and the haulage industry has had almost a year to prepare for the changes.

Britain left the EU’s single market at the beginning of 2021, creating a full customs border with the bloc.

However, London did not immediately bring in import checks on goods entering Britain to give businesses time to adjust amid concern they would lead to delays. 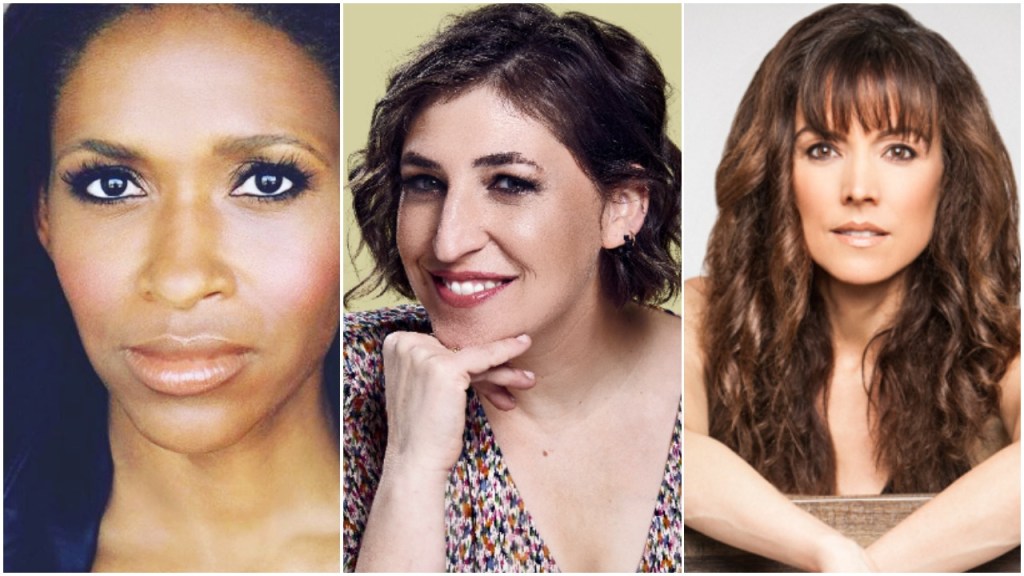