MPs from across the political spectrum have revealed their shock and paid tribute to veteran politician Sir David Amess, who was stabbed to death at a constituency surgery this afternoon.

The Tory MP for Southend West, 69, was holding a surgery at the Belfairs Methodist Church, in Eastwood Road North, Leigh-on-Sea on Friday when his attacker charged into the building wielding a knife and attacked the veteran politician.

Paramedics desperately worked to save him on the floor of the Essex church for more than an hour, but he died after suffering ‘multiple stab wounds’ in the appalling attack with chilling similarities to the murder of Labour MP Jo Cox in June 2016.

MPs from across Parliament paid tribute to Sir David after hearing the horrifying news.

‘My heart goes out to Julia, his family, and all who loved him. Let us remember him and what he did with his life.’

He tweeted: ‘Awful, tragic news about David. A dedicated, thoughtful man and a true Parliamentarian, who lost his life while serving the constituents who he worked relentlessly for throughout his career.

‘My thoughts are with his family and friends at this time.’

Scottish First Minister Nicola Sturgeon tweeted: ‘Elected representatives from across the political spectrum will be united in sadness and shock today.

‘In a democracy, politicians must be accessible and open to scrutiny, but no-one deserves to have their life taken while working for and representing their constituents.’

‘He was hugely kind and good. An enormous animal lover and a true gent. This is so completely unjust. Thoughts are with his wife and their children.’

The MP for Southend West, 69 (pictured outside his surgery earlier this month), was stabbed ‘multiple times’ by a man as he spoke to constituents at Belfairs Methodist Church in Leigh-on-Sea Several also called for greater security for politicians after the attack, which follows the murder of Labour MP Jo Cox in 2016.

Before his death was confirmed, Labour MP Rosie Duffield tweeted: ‘Praying for another MP just carrying out his job as he should be able to do safely and peacefully and without fear. David has always been so very kind to me (despite our obvious political differences). Hoping for positive news soon.’

Conservative MP and former party leader Sir Iain Duncan Smith said he is ‘very worried’ to have heard Sir David Amess was stabbed ‘a number of times, not just once’.

He told the BBC News channel: ‘Obviously at the moment right now all I can think of are prayers for him and his family, him for a safe recovery, and them for the most terrible emotions they must be going through.

‘The reality for us is that we see constituents all the time, both in their houses and in surgeries.

‘We’re out and about, we’re always available, we must be available, it’s the most critical bit of what makes the British parliamentary system I think one of the most accessible in the world, and that’s because we want it that way.

‘We don’t want to be cowed or frightened into doing something different, and I certainly won’t, and I know my colleagues will feel the same. ‘So I hope this is resolved very, very quickly, as I say, but we will certainly want to continue the way that we do things.

‘Of course there may be some other elements that may be added to it, but notwithstanding that I want my constituents to have full access and I’m sure David would have felt the same.’

He later added that social media gives people with ‘genuine problems over anger or issues’ an ‘echo chamber and often makes it worse’.

He said this has been seen in threats made to MPs, female MPs and women in general, adding that the commentary is ‘often very violent, very angry’.

Brendan Cox, the husband of murdered MP Jo, said: ‘Attacking our elected representatives is an attack on democracy itself. There is no excuse, no justification. It is as cowardly as it gets.’

Commons deputy speaker Dame Eleanor Laing tweeted: ‘All elected representatives must be able to go about their work without the fear of physical or verbal attacks.

‘What has happened to Sir David Amess in Essex today is unforgivable. Praying for you, my friend.’

East Ham MP Stephen Timms, who was stabbed at a constituency surgery in 2010, wrote on Twitter: ‘Appalled to hear of the attack on @amessd-southend today. I know him well and am thinking of him with very best wishes as we await further news.’

ATTACKED ON THE JOB: TRAGIC MPs KILLED AND INJURED WHILE IN OFFICE

The Tory MP for Southend West, 69, was holding a surgery at the Belfairs Methodist Church, in Eastwood Road North, Leigh-on-Sea on Friday when his attacker charged into the building wielding a knife and attacked the veteran politician.

Paramedics desperately worked to save him on the floor of the Essex church for more than an hour, but he died after suffering ‘multiple stab wounds’ in the appalling attack.

The attack on Sir David was the 10th time a post-war MP has been killed or attacked while serving in office. Today’s news follows the brutal shooting and stabbing of Jo Cox in 2016. She was the first time a sitting MP has been killed in more than 20 years.

The Labour MP for Batley and Spen, West Yorkshire, was murdered aged 41 after she was shot and stabbed multiple times by far-right activist Thomas Mair at an open constituency surgery in Birstall.

The unemployed gardener shouted out ‘Britain First, this is for Britain, Britain will always come first’, as he launched a barrage of blows against Mrs Cox.

The murder – which came just days before the EU referendum – provoked shock around the world and grief both in Ms Cox’s constituency and among her friends and colleagues in Parliament. In 1990, Eastbourne MP Ian Gow, a former private parliamentary secretary to Margaret Thatcher, was killed by an IRA car bomb at his Sussex home at the age of 53.

The charismatic Conservative MP kissed wife Jane goodbye that summer morning as he left their East Sussex farmhouse, got into his car and started it – triggering an IRA Semtex bomb which had been placed under the driver’s seat of the Austin Montego.

It was 8.39 am and he died some ten minutes later, having suffered appalling injuries to the lower part of his body.

Before Mr Gow, the MP for Enfield Southgate Sir Anthony Berry died in the IRA bombing of Brighton’s Grand Hotel, where Mrs Thatcher was staying for the 1984 Conservative Party conference.

The IRA also claimed the life of Ulster Unionist Party MP Robert Bradford, who was shot dead aged 40 while holding a constituency surgery in a Belfast community centre in 1981.

And the Irish National Liberation Army claimed responsibility for the murder of former Northern Ireland secretary Airey Neave, whose car was blown up as he drove out of the parliamentary car park at Westminster in 1979. In 1922, Field Marshall Sir Henry Hughes Wilson was killed in an IRA attack.

A number of MPs have also been attacked while holding public surgeries. Former Labour Cabinet minister Stephen Timms (left) was stabbed twice by a student who had booked an appointment to see him in east London in 2010. Baron Jones of Cheltenham, right, was attacked by Robert Ashman with a samurai sword in January 2000

Former Labour Cabinet minister Stephen Timms was stabbed twice by a student who had booked an appointment to see him in east London in 2010.

Roshonara Choudhry was jailed for life for stabbing East Ham MP Stephen Timms in his constituency surgery in May 2010.

And in 2000, former Liberal Democrat MP Nigel Jones, now a peer, came under attack by a man wielding a samurai sword, with the politician’s aide Andrew Pennington killed while trying to protect him.

In January 2000, deranged Robert Ashman attacked Baron Jones as he conducted a surgery in his Cheltenham constituency.

Ashman seriously injured Baron Jones and stabbed to death his aide Mr Pennington as he tried to protect him. Pennington, 39, tried to fight off the attacker with an electric fire.

Janet Hubert Hospitalized: “Anger Will Eat You Alive”
4 seconds ago 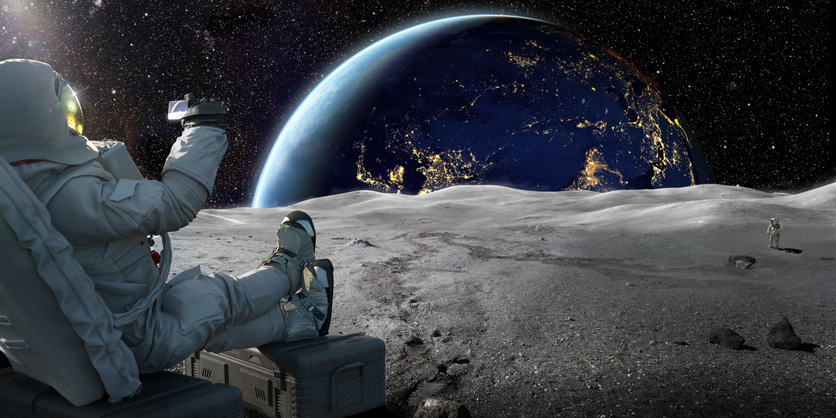 Crash? What Crash? This Cryptocurrency Just Replaced Dogecoin and Shiba Inu As a Top 10 Token | The Motley Fool
7 mins ago