Generous guaranteed retirement packages for state workers have left the country with a gargantuan £2.4trillion bill, a study suggests.

The national debit is £2.2trillion.

The spiralling cost will have to be met by future taxpayers in order to honour the substantial pension deals still on offer to public sector workers, including MPs, judges, civil servants and NHS doctors.

But they are still offered by all public sector employers.

The UK’s national debt stands at £2.2trillion, and a study has found that the bill for generous retirement packages for state workers is at £2.4trillion

The deals are bankrolled by the taxpayer and guaranteed to pay a retirement income based on a final or career average salary that rises with inflation every year.

The real annual cost to the taxpayer of providing the pensions has doubled in the past five years to hit £95billion, the analysis shows.

This is more than twice the £45billion spent on the Royal Navy, Army, and Royal Air Force – and nearly as much as the £96billion education budget.

Pension consultant John Ralfe, who analysed pension scheme accounts for the Daily Mail, said: ‘Why is there no public outcry at the spiralling cost of public sector pensions?

The silence is not because voters are content, but because successive governments have conveniently “fiddled” the official pension costs to keep them in the dark.

‘The Treasury should make the real economic costs of public sector pensions clear to taxpayers. We could then have a proper debate about whether the cost was justified.’

The analysis shows that taxpayers have to foot the bill for pension benefits that are worth more than 50 per cent of a public sector worker’s salary.

By contrast, those in the private sector saving through the default ‘auto-enrolment’ scheme can only rely on their employer paying 3 per cent of their salary into their pensions.

It means a public sector employee earning £30,000 actually receives total pay and benefits of £45,000 a year, whereas someone with the same salary in the private sector can expect to get just £30,900 under auto-enrolment. The Treasury ‘did not recognise’ figures that showed total public sector pension liabilities had hit £2.4trillion

Danielle Boxall, media campaign manager at the TaxPayers’ Alliance, said: ‘Those in the public sector have pensions which private sector workers could only dream of.

‘The current system is completely unsustainable.’

The cost of honouring the promises has soared in the past 20 years as low long-term interest rates mean the cost of paying the pensions has increased.

Neil Record, chairman of the Institute of Economic Affairs think-tank, said: ‘There is this cotton wool wrapped around public sector employees.

‘No politician ever faces the harsh realities that a finance director of a company does, that’s the problem.’

He said the Government calculated pension values using estimates that were lower than the true cost, adding: ‘The costs have never been properly accounted for. It’s a scandal.’

A Treasury spokesman said: ‘(The) £95billion is the theoretical cost if all pension promises that have been made had to be paid at once.

‘In reality, this could never happen. We have always been open and transparent about this.’

The Treasury said it ‘did not recognise’ figures that showed total public sector pension liabilities had hit £2.4trillion. 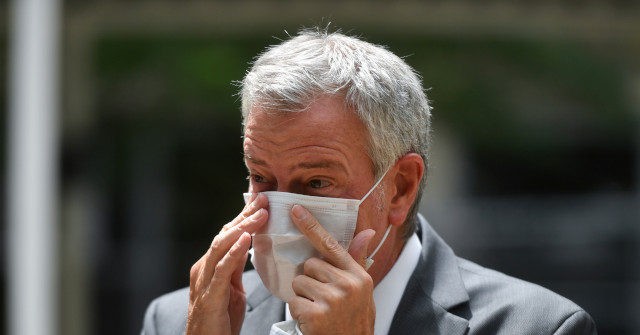