Britain’s daily Covid cases dropped today, official figures showed in yet more proof that the return of schools has failed to trigger a fresh wave.

Department of Health statistics showed another 32,651 infections were recorded in the past 24 hours, down 13 per cent from last Friday.

Today’s figures included two days worth of data for Scotland, which did not report any cases yesterday because of a ‘technical issue’. But despite the bumper reporting cases continued to trend downwards.

It marks the ninth day in a row that the UK’s cases have fallen week-on-week, with the surge in infections expected once classrooms reopened in England, Wales and Northern Ireland having failed to materialise.

Latest hospitalisations showed 909 people were admitted to wards suffering from the virus on September 13, the latest available. This was down 14 per cent from the same time the previous week. But there were also 178 deaths, up by a fifth on last Friday.

Both hospital admission and death figures lag weeks behind cases because it takes time for an infection to trigger serious illness.

Separate figures today offered more proof that the return of millions of children to schools has yet to spark any uptick in cases.

The Office for National Statistics’ (ONS) surveillance report estimated there were 697,100 people infected on any given day across England in the seven days to September 11, down 8 per cent on the previous week.

Most schools in England went back from the summer break on September 1, meaning today’s data includes the first full week of the new school term.

There had been widespread concerns that England would see a meteoric rise in infections like Scotland did when classes north of the border resumed in mid-August. Covid cases there trebled to record highs in the following fortnight which put pressure on health officials to finally approve vaccines for 12 to 15-year-olds this week.

The latest estimates, based on random swabbing of 100,000 households in England, suggest one in 80 people were carrying the virus on any given day last week. The Office for National Statistics’ weekly surveillance report estimated there were 697,100 infections in England in the seven days to September 11, down 8 per cent on the previous week Meanwhile, the Government’s scientific advisory group said that England’s R rate remained flat in the past week at around 1, but could be as low as 0.9 or as high as 1.1 The UK is currently recording 1,000 Covid hospitalisations per day, the bulk of which are occurring in England (shown). This is up from around 750 from ‘Freedom Day’ on July 19, when all legal curbs were lifted in England Professor Paul Hunter, an epidemiologist at the University of East Anglia, said: ‘It does look like those strongly expressed views that we would see a surge in infections after schools went back has not turned out to be the case.’

Meanwhile, the Government’s top scientists said England’s R rate remained flat in the past week at around 1, but could be as low as 0.9 or as high as 1.1.

The R, or reproduction, rate is the average number of people each Covid patient goes on to infect and it needs to be below 1 for there to be a consistent decline in the epidemic. However, it is a lagging indicator, and represents the situation the country found itself in three weeks ago.

Separate data from Public Health England yesterday found that more than nine in 10 of England’s local authorities saw their outbreaks shrink in the first week of schools returning.

At the peak of the second wave in early January, around one in 50 people in England were estimated to have the coronavirus.

The percentage of people testing positive is estimated to have increased in the North West and decreased in the West Midlands and the East of England, the ONS said. The trend for all other regions is uncertain, with outbreaks believed to have flatlined in the most recent week.

North East England and Yorkshire and the Humber had the highest proportion of people of any region likely to test positive for coronavirus in the week to September 11 — around one in 60. The East had the lowest estimate, around one in 120.

Speaking about the anticipated school surge last night, Professor Hunter said: ‘Today was the first day we would have expected to see any clear impact of schools opening on daily reports of Covid case numbers in England.

‘We started seeing case reports below the same day in the previous week on September 9, about eight days after most pupils went back to school at the point when any impact may have been seen.’

He added: ‘In an endemic infection, like Covid has now become, infections reach an equilibrium point where the proportion of the population becoming susceptible balances the likelihood of transmission and of course a lot of people have developed some degree of immunity in recent months as a result of either immunisation or infection.

‘Also although case numbers seem to have started falling in all age groups, age specific data is always reported somewhat later and it will be later next week before we can know for certain what the trend in each age group really is.

‘Nevertheless it does look like those strongly expressed views that we would see a surge in infections after schools went back has not turned out to be the case. The emergence of a vaccine-dodging coronavirus variant will force the Government to impose ‘another full lockdown‘, a Cabinet minister said today.

Environment Secretary George Eustice let slip that a national shutdown is in the Government’s toolbox to prevent the spread of the disease should the virus manage to ‘get around’ the jabs.

Mr Eustice insisted another lockdown ‘is not what we want’ but his confirmation that it is on the table is likely to spark Tory fury, with many MPs vehemently against the potential return of nationwide draconian curbs.

His comments come just days after Boris Johnson unveiled his Winter Plan for stopping the spread of the disease in the coming months.

The document contained no specific mention of a potential lockdown but said ‘more harmful economic and social restrictions would only be considered as a last resort’ if the NHS was at risk of being ‘overwhelmed’.

Mr Johnson repeatedly said he wanted the UK’s exit from the last lockdown to be ‘irreversible’.

Mr Eustice was grilled this morning on Sky News about expected changes to the Government’s international travel rules.

The minister would not be drawn on specifics as he said the Cabinet sub-committee in charge of the issue is expected to make its decisions later today.

Told that the travel industry is at a critical point and that now is the time to change the traffic light system, Mr Eustice replied: ‘It has been a very, very difficult time for the travel industry, we absolutely recognise that.

‘That is why we have done all we can to have those easements in place, reduce the restrictions as quickly as we can.

‘But arguably the biggest threat to the travel industry is that we do get another variant that manages to get around the vaccine, that the vaccine can’t deal with, then we are into another full lockdown and that is not what we want.

‘That is why we have taken this cautiously, step by step, because we want each step we take to be irreversible.’

‘How long and low this decline in cases and hospital admissions will go is not clear.

‘I suspect case numbers will level off at some point and there is still the possibility that cases could increase again as we move through autumn, though I doubt anywhere near as high as we have seen in the past or as has been predicted by some.’

In Wales, around one in 60 people are estimated to have had Covid in the week to September 11, up from one in 65 in the previous week and the highest level since the week to December 23, 2020.

In Northern Ireland, the latest estimate is one in 75, down from one in 60 in the previous week.

For Scotland, the ONS estimates that around one in 45 people had Covid in the week to September 11, the second week in a row it has been at the highest level since estimates began for Scotland in October 2020.

The ONS said that while the percentage of people testing positive had increased slightly (from 2.2 per cent to 2.3 per cent) in the week ending September 11, the rate of increase had slowed. All figures are for people in private households.

It has been suggested that high antibody levels in youngsters may be keeping the virus at bay. Nearly nine in 10 people in the UK aged 16 to 24 have Covid antibodies, according to official estimates.

Rates of the virus-fighting proteins will also start rising quickly in 12 to 15-year-olds next week, when the jab rollout opens to them for the first time.

The ONS, which carries out blood tests on youngsters across the UK’s four nations, found between 87 and 89 per cent of them had antibodies that help fight the virus.

The presence of coronavirus antibodies suggests someone has been infected in the past or has been vaccinated, and therefore has some immunity. Children under 16 are not routinely tested for antibodies.

PHE data revealed Covid cases continued to grow in just 11 parts of the country between September 6 and 12, in more evidence that schools have not triggered a surge.

Newcastle upon Tyne saw the biggest surge in the country, with cases rising by 11.1 per cent. It was followed by Northumberland (10.3 per cent) and Leicester (9.5 per cent).

Local outbreaks also pushed case numbers up in the rest of Leicestershire (5 per cent), Oldham (4.6 per cent), Blackpool (3.1 per cent) and Coventry (1.4 per cent).

Meanwhile, tiny increases in infection rates were spotted in Middlesbrough (0.9 per cent), Redcar and Cleveland (0.8 per cent), Southend-on-Sea (0.8 per cent) and Calderdale (0.4 per cent).

At the other end of the scale, data showed infections more than halved in West Berkshire (down 54.2 per cent) and Gloucestershire (down 52.7 per cent).

PHE data showed cases fell at a national level and in all nine regions of the country, in a marked change from last week when increased slightly in every area apart from the South West.

Meanwhile, they were the lowest in London, where 212 per 100,000 people tested positive last week.

But with large numbers returning to offices last week and Transport for London experiencing its busiest day since before the pandemic, cases in the capital could rise in the coming weeks, experts fear. 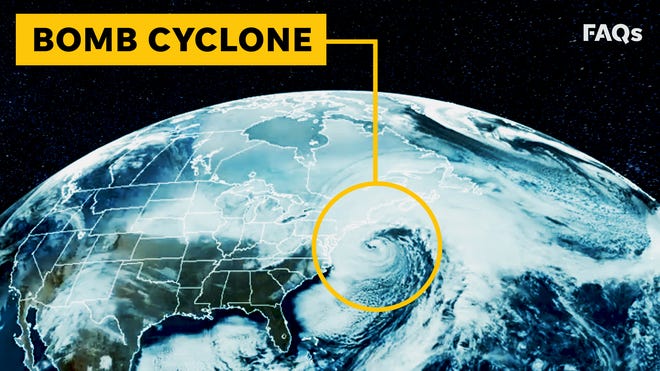 Oil Up, Continues Upward Trend Over Tight Supply By Investing.com
4 mins ago 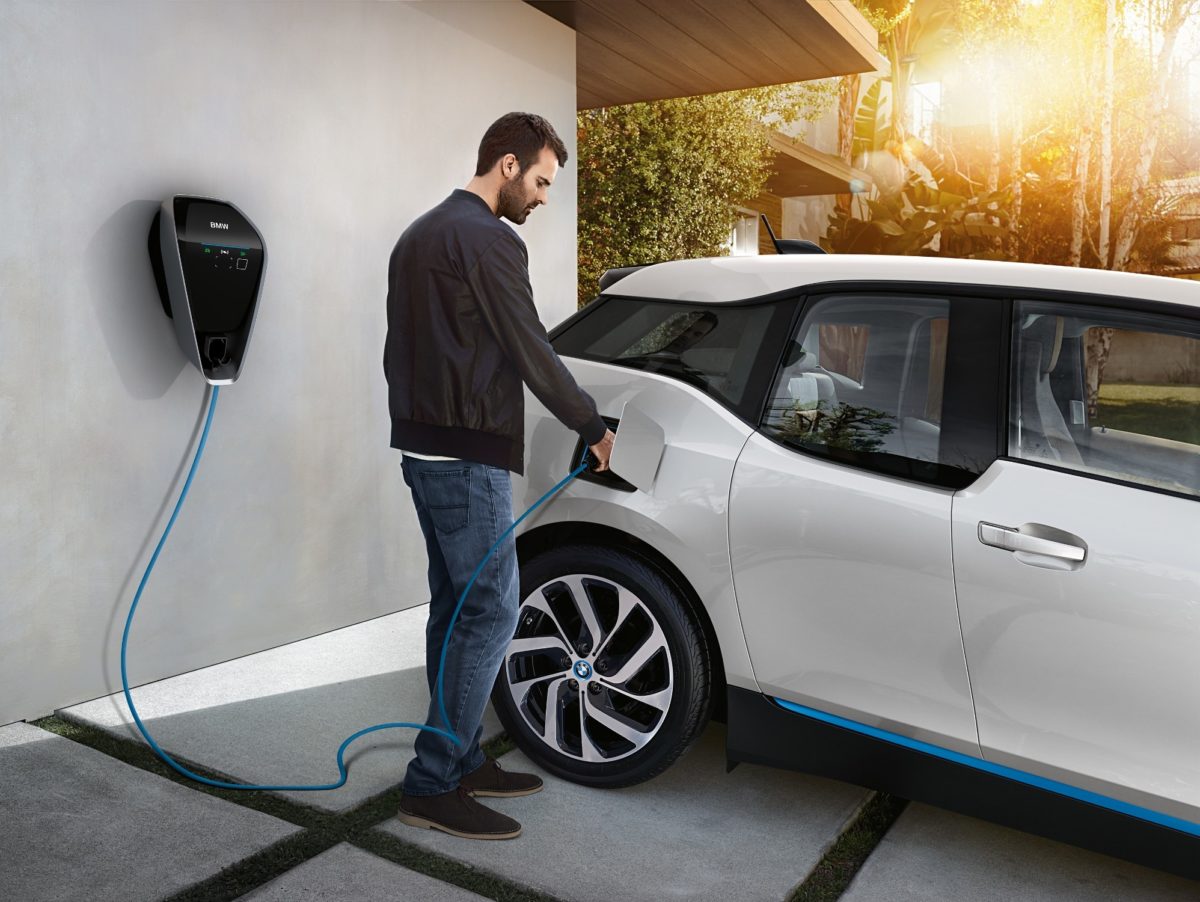